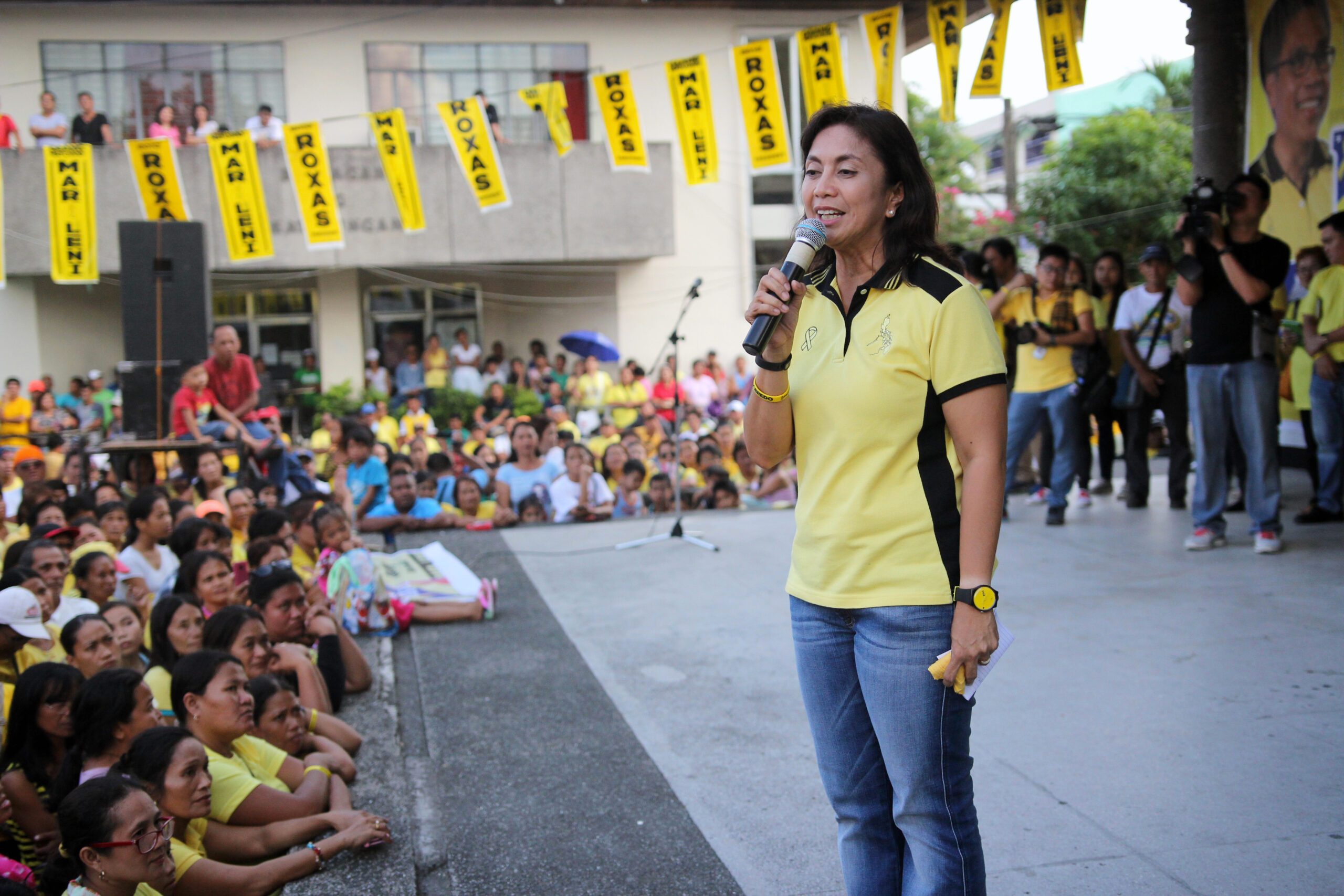 On Thursday, February 25, Cruz said she is “very confident” that Robredo can beat Senator Ferdinand “Bongbong” Marcos Jr in the vice presidential race.

The son of the late dictator Ferdinand Marcos has been faring well in surveys, currently tied at the top spot with Senator Francis Escudero in a February Social Weather Stations (SWS) survey.

On the commemoration of the 30th anniversary of the EDSA revolution, a popular revolt that ended the Marcos regime, President Aquino had warned voters against the resurgence of the Marcoses in Philippine politics. (READ: Aquino: Marcos doomed to repeat father’s mistakes)

Cruz likened Robredo’s vice presidential bid with her mother’s own challenge against the elder Marcos in 1986.

“Hindi ko alam kung bakit pero siguro parang noong 1986 na hindi natin malalaman kung paano mananalo si Cory kung tangan ni Marcos ang lahat, (I don’t know why, but perhaps this is similar to 1986, when we did not know how Cory would win when Marcos had everything),” Cruz said.

(But I remembered what Cardinal Sin told my mom then, “Cory, you will win.” My mom replied, “How will I win?” And Cardinal Sin answered, “Just have faith and there will be a miracle.” In my mind, I thought, what miracle? It would perhaps be a miracle if Marcos left, and that’s exactly what happened.)

The Marcos family was forced into exile in the United States following the popular uprising on February 25, 1986, when millions of Filipinos heeded the appeal of the late Cardinal Jaime Sin and crowded the iconic highway EDSA to revolt against the dictator.

Cruz said she was not worried about Robredo’s chances at the polls, citing the latter’s sincere desire for public service and her all-out efforts for her campaign.

(She still has time. I said, the campaign period has only just started, and we need to inform people about Leni so that her survey numbers will continue to improve.)

Based on the SWS survey, Robredo is currently at 3rd place with 19%, behind Marcos and Escudero who are both tied at 26%.

Amid rumors that the LP was planning to drop Robredo because of her survey numbers – which the coalition denies – Cruz said there is no reason to doubt President Aquino’s support for Robredo.

(Leni did not insist to be drafted as a vice presidential candidate….The LP had a hard time convincing her to agree to the offer, and now, she’ll just be used? For me, it’s far-fetched for something like that to happen.) – Katerina Francisco/Rappler.com