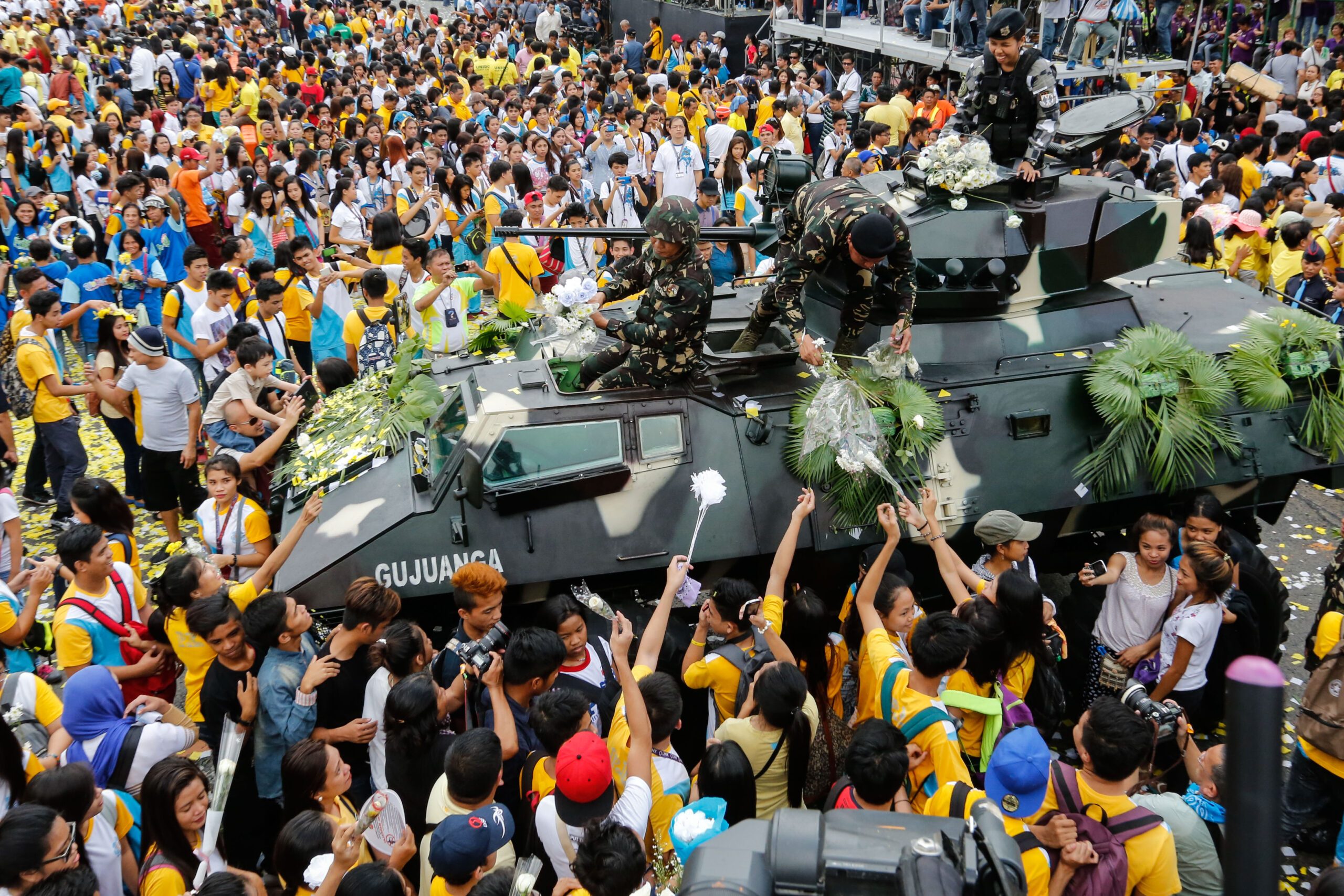 Facebook Twitter Copy URL
Copied
The month of March means a little more than 60 days left before D-Day, like the last quarter of a basketball game with no Stephen Curry in it

MANILA, Philippines – This is not to say we’re looking at a scenario of a political assassination, a la Julius Caesar, in the run-up to the May 9 elections. But to campaign teams, the month of March means a little more than 60 days left before D-Day, like the last quarter of a basketball game with no Stephen Curry in it.

March is when the Supreme Court is expected to decide whether Senator Grace Poe is qualified to run for president. The much-awaited verdict will be a cliffhanger, according to our sources. At the SC, will it be a vote of 8-7 (for or against Poe)? Or 9-6? We’re told that among the high and the mighty, there’s betting going around on those numbers.

March 25 also kicks off the campaign period for local candidates, the time when presidential and vice-presidential bets fully realize the folly of the promises of local leaders in hotly contested areas, where it will be to each his own.

Last week’s events captured the heat of the election season. The spotlight, naturally, was on the scion of the dictator, who was ousted 30 years ago by the EDSA People Power Revolution.

Sins of the father Poe and her running mate, Senator Francis “Chiz” Escudero, said it’s really up to Ferdinand “Bongbong” Marcos Jr to apologize for martial law or the atrocities that occurred during the Marcos regime. Poe said it was Marcos’ “prerogative” if he sees the need to apologize.

Perhaps it didn’t help that Poe was asked that question in La Union, a province in the so-called Solid North, which is said to be crossing all party lines to support the vice-presidential bid of Marcos.

Last year, Marcos dismissed suggestions he should apologize for the excesses of his father’s rule. He asked: “What am I to say sorry about?” President Benigno Aquino III and the Liberal Party seized the 30th anniversary of the 1986 uprising last week to put the spotlight on Bongbong Marcos, and to tell voters they should not bring a Marcos to a heartbeat away from the presidency. If he refuses to acknowledge the abuses committed under the Marcos dictatorship, then Bongbong Marcos is bound to repeat them, Aquino said on February 25.

Aquino has reasons to worry. Marcos now leads vice-presidential candidates, based on the latest survey. Aquino’s bet, Leni Robredo, is running 3rd, behind Marcos and Escudero.

The political kingpins of Cavite (1.84 million registered voters), all beneficiaries of the Marcos largesse, declared they are behind Marcos’ vice-presidential bid. “Bongbong is our choice for VP. His father did a lot for Cavite. That’s an indisputable fact,” said Boying Remulla, who is running for Cavite governor.

Indeed, it would be the height of irony (if not insult) for a Marcos to be elected vice president while Aquino is in power and in a campaign in which he, mustering all political capital at his disposal, is an active campaigner. Aquino’s sisters are likewise all out for Robredo, with no less than Ballsy Aquino-Cruz likening her campaign to that of their mother’s, the late Cory Aquino, who ran against Ferdinand Marcos Sr in the 1986 snap elections.

The Roxas-Robredo campaign team also had to do some firefighting last week following the claim by one of Robredo’s volunteer campaign tacticians, Malou Tiquia, that the LP was considering dropping her supposedly because of doubts she can defeat Marcos. The ruling party’s spokesman scoffed at the suggestion, saying party support for Robredo is “110%.”

Two presidential candidates made rather big promises last week as they continued to court key sections of society.

Vice President Jejomar Binay was the guest speaker at the Philippine National Police Academy alumni homecoming, where he revived the wounds of Mamasapano, the botched operation that killed more than 40 police special forces.

“[W]e will provide a decisive and efficient leadership that will respect and abide by the established principle of chain of command within the PNP (Philippine National Police). Under my watch, there will be no more Mamasapanos,” said Binay.

Ready to make a choice

And as we enter the last two months of the race, have you made up your mind on who to vote for on May 9? You can check your candidates’ stand on issues on the Rappler site, compare them with others, and then match them with the issues closest to your heart via CandiDATE.

And if a candidate’s poll numbers matter to you, you can keep track of them through our Poll Monitor.

Let us know what you think! – Rappler.com