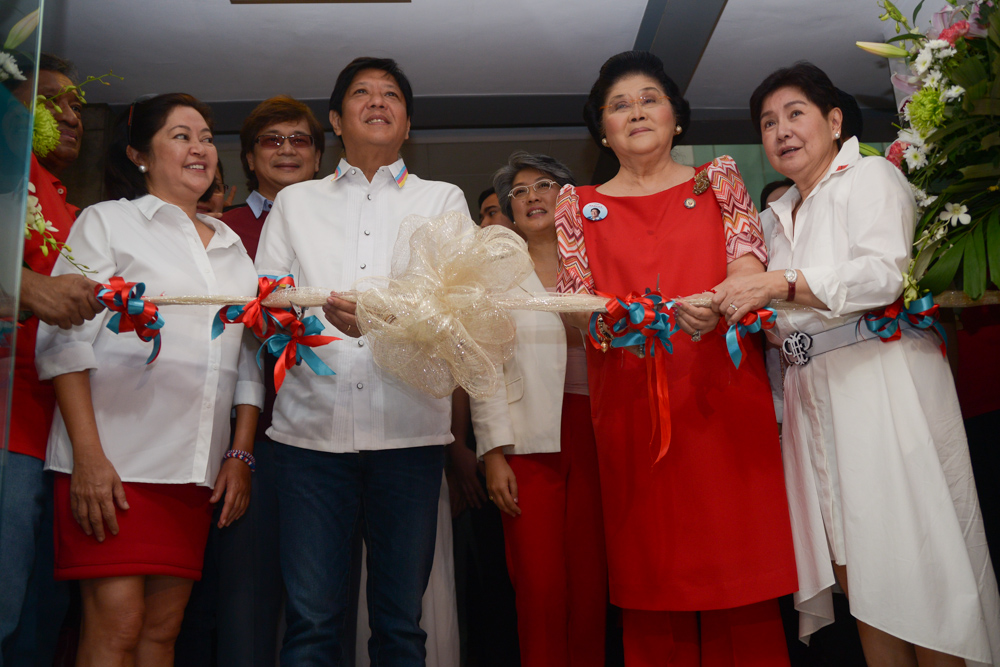 MANILA, Philippines – Vice Presidential candidate Ferdinand “Bongbong” Marcos Jr reiterated on Monday, February 29, that his father’s remains deserve to be interred at the Libingan ng mga Bayani (Heroes’ Cemetery) because it is what the rules say.

(A soldier who served, a veteran, has the rights to be interred at the Heroes’ Cemetery; a president has the same rights.)

“What are the rules for if we are not going to follow them? That’s what I don’t understand. Kung ayaw natin ‘yung mga rules, hindi na natin susundin? Eh ano’ng mangyayari sa atin kung ganun ang magiging sistema natin?” the son and namesake of the late strongman President Ferdinand Marcos said.

(If we do not agree with the rules, we are not going to follow them? What will happen to us if that is our system?)

According to the policy of the Armed Forces of the Philippines, holders of the following positions are entitled to a slot at the Heroes’ Cemetery:

The national cemetery was established in 1947, but the regulation was issued during the time of President Corazon Aquino, whose husband was jailed and later assassinated during Ferdinand Marcos’ time.

Some groups – particularly the ruling Liberal Party (LP) – refused to grant the privilege to the late dictator, whose remains are preserved in the Marcos Museum and Mausoleum in Batac, Ilocos Norte.

LP standard-bearer Manuel Roxas II said in a radio interview in 2015 that Marcos should not be buried at the Heroes’ Cemetery. His running mate, Representative Leni Robredo, recently echoed Roxas’ sentiment and emphasized that only those “deserving” should be buried there.

Asked if he would push for his father’s burial at the Libingan ng mga Bayani, Marcos said his family will continue to believe that “he should be buried there.”

Meanwhile, former President Elpidio Quirino’s remains were re-interred at the Heroes’ Cemetery on Monday, in commemoration of his 60th death anniversary. Quirino, an LP member, is only the 3rd president whose remains are buried in the national cemetery, following President Carlos Garcia and President Diosdado Macapagal. – Patty Pasion/Rappler.com