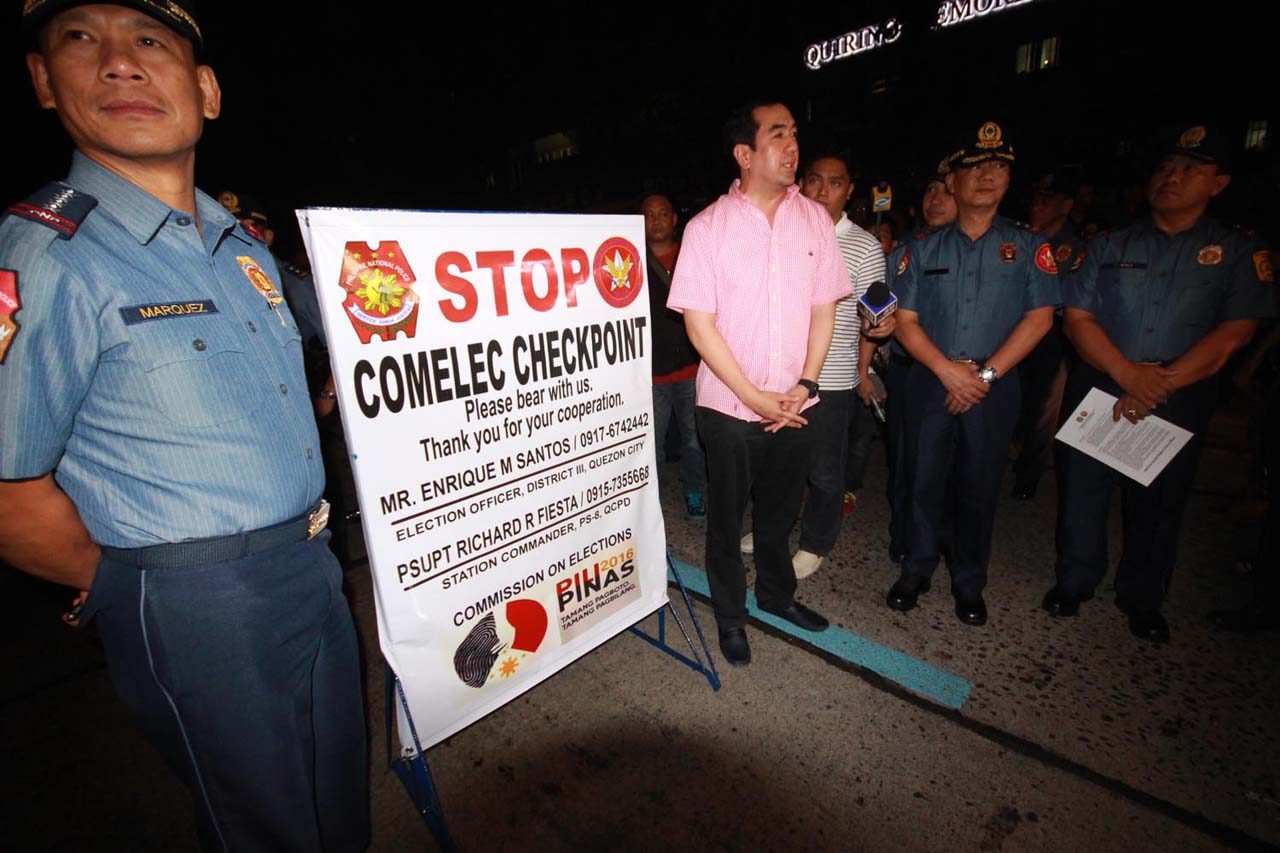 Facebook Twitter Copy URL
Copied
In an ‘extraordinary measure,’ the Comelec deputizes the AFP and PNP to help in fixing electric towers in Mindanao despite the refusal of landowners

MANILA, Philipines – The Commission on Elections (Comelec) on Thursday, March 3, said it has tapped military and police forces to help fix electric towers as the Comelec fears election day blackouts in parts of Mindanao.

Comelec Chairman Andres Bautista said this “extraordinary measure” will help the National Grid Corporation of the Philippines (NGCP) fix electric towers despite the refusal of landowners.

“We also have what we call the police power of the state. Even if we own private property, that can be regulated by the state, especially now, during an election period,” Bautista said in a mix of English and Filipino.

After all, he said, the private properties hosting the electric towers “contain vital facilities.”

“We want to make sure that the transmission towers are repaired because we need these towers for our elections,” Bautista said.

The elections chief based his statements on a resolution issued Monday, March 1.

In Comelec Resolution 10067, the poll body said it is deputizing the Armed Forces of the Philippines (AFP) and the Philippine National Police (PNP), among others, after a “spate of bombings of transmission towers” operated by the NGCP.

The Comelec earlier said it fears election day blackouts in parts of Mindanao after attacks on power transmission facilities there.

In its resolution on Monday, the Comelec said it needs “to ensure the sufficient uninterrupted electrical power supply and secure the transmission infrastructure and facilities during the elections.”

The problem, however, is “the continued failure of landowners to allow entry into their premises of NGCP personnel to repair damaged towers, equipment, and facilities,” the energy department said, as quoted by the Comelec.

Bautista on Thursday explained that the problem involves “non-payment” or “contractual” issues between landowners and the NGCP.

(Because electricity is very important for our elections, let’s fix the towers first, and then later on, whatever contractual claims exist, they can talk about that either in or out of court.)

The Comelec explained that the Constitution “empowers” the poll body “to deputize, with the concurrence of the President, law enforcement agencies and instrumentalities of the government for the exclusive purpose of ensuring free, orderly, honest, peaceful, and credible elections.” – Rappler.com