Grace Poe tells Zamboanga: FPJ’s fight ‘not yet over’ 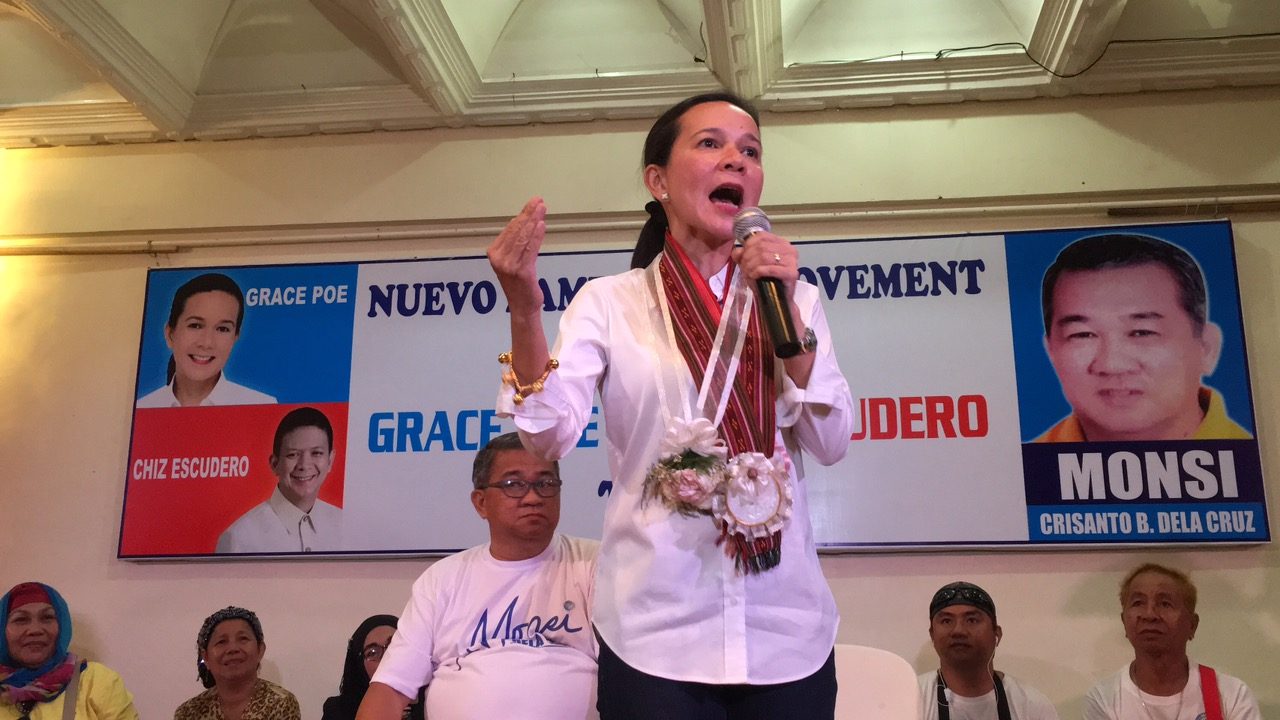 ZAMBOANGA CITY, Philippines – If there was an area where presidential bet Senator Grace Poe would not neglect mentioning her late father Fernando Poe Jr, it would be in Zamboanga City and Zamboanga Sibugay province, both considered strongholds of FPJ during the 2004 presidential elections.

As in past sorties, Poe on Friday, March 4, made sure her father’s name was mentioned to voters. Twelve years ago, FPJ won against then President Gloria Arroyo by a large margin in the city. FPJ, however, lost to Arroyo in the elecion widely believed to have been rigged.

Grace Poe told voters in the city that FPJ’s dream for Mindanao was cut short by his death. But that fight, she said, is not yet over, referring to her own victory as top senator in 2013 and her current presidential bid.

(He had many dreams for Mindanao, but they got lost when he died. But it seems that’s not God’s plan for us. The fight is not yet over, as FPJ said.)

Poe thanked Zamboanga City for making her a senator and vowed to help them if she wins as president.

“Noong 2013, kayo naman, tinulungan ‘nyo ko manalo bilang senador, at ako’y taos-pusong nagpapasalamat,” she said. (In 2013, you helped me win as senator. and I am truly grateful)

Poe topped the senatorial race in the city with 144,058 votes. She also won as number 1 senator in Zamboanga Sibugay.

She vowed to prioritize Mindanao if she becomes president, reiterating she would give the island group 30% of the national budget or P1 trillion.

(Also in front of you now is someone who might become president, who will protect and push for the assistance that Mindanao has long been denied.)

Poe recounted how Mindanao loved her father on and off the screen. She recalled how some people would swim just to save on transportation so they could watch FPJ’s movies in the city centers.

(Each time he had a movie, the owner of the cinema would ask, “Wait, is FPJ going to die in this film?” If the answer is “no,” they would allow it. Otherwise, they would not show the movie becauae people would be shooting at screen.)

Poe, who is facing the risk of disqualification over citizenship and residency issues, also defended herself from critics. She maintained she is a true blue Filipino as a foundling.