Health care and the 2016 elections 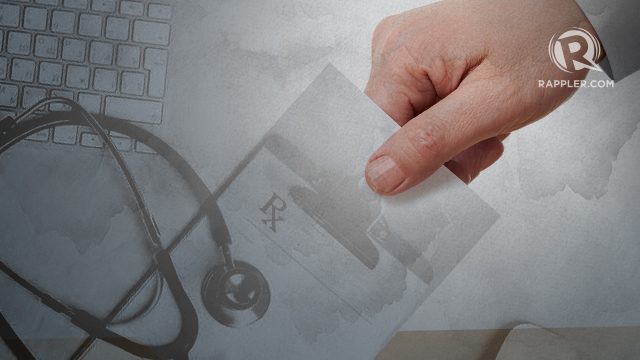 Facebook Twitter Copy URL
Copied
Are presidential candidates saying the right thing when it comes to health care in the Philippines?

“The bullet points of presidentiables on health left much to be desired,” Domingo, a consultant for the World Health Organization (WHO), said during the recent forum Universal Health Coverage: Perspectives held at the Asian Development Bank.

He did not expect much, and wasn’t even looking for highfalutin words either. But he still felt something was missing.

“They could have alluded to say something like, ‘The problem is not as simple as handing out insurance cards, taking services freely, giving more hospitals – they all work in conjunction with each other,'” he explained.

Two other panelists in the forum seemed to agree with Domingo’s sentiment: Commissioner Karen Gomez Dumpit of the Commission on Human Rights, and Jonathan David Flavier, executive director of the Philippine Council for Population and Development.

All 3 are alumni of the British Chevening scholarship program.

Dumpit, who talked about a human rights-based approach to universal health coverage, said it will be up to responsible voters to ask presidential candidates the right questions.

She also urged voters to look at those running for seats in the Senate and the House, the “policymakers who can make very massive changes in our existing policy on health care.”

But for Flavier – son of former senator and health secretary Juan Flavier – if presidential candidates are not “saying the right thing” when it comes to health care, the health sector should initiate and “give them a platform they can adopt.”

“Let’s sell it to all of them and whoever wins can sell it further,” he explained to Rappler.

“That’s what happened in the case of [President Benigno Aquino III]. We presented universal health care agenda to PNoy, [Richard] Gordon, as many of the candidates that we could get, and whoever became president – in this case, PNoy – the secretary of health [engaged] him immediately and [presented] this agenda and it was generic enough to be accepted.”

Asked further about the areas to improve when it comes to the country’s universal health care, Flavier said the successful part is the cost coverage, which is now at 80%.

“That’s good, but the service coverage is still wanting as you still can’t reach the rural periphery. The last one, the population coverage, it’s almost there, but to make it acceptable to people is the challenge,” he explained.

“While we attempt to encourage use, there has to be some mechanism by which we can educate and inform people that health should be in their hands. Before it becomes lung cancer a doctor has to treat or cannot treat, you should have a program where you could help people change behaviors.”

The goal of universal health coverage, according to the WHO, is to make sure that all people get the health services they need “without suffering financial hardship when paying for them.”

As for reproductive health (RH) care, Flavier said he has yet to see an “elaborate and clear agenda” from the presidential candidates. Even in this area, he added, there is “room” for advocates to give their suggestions.

“They are saying the right things that have to be translated into proper action and policies, so I still make the stand that whoever wins, unless they are given a clear health agenda, it’s going to be difficult.”

Among all presidential bets, only Vice President Jejomar Binay maintains a rather vague stand on the controversial RH law. (READ: Presidential bets on RH, divorce, and LGBT rights)