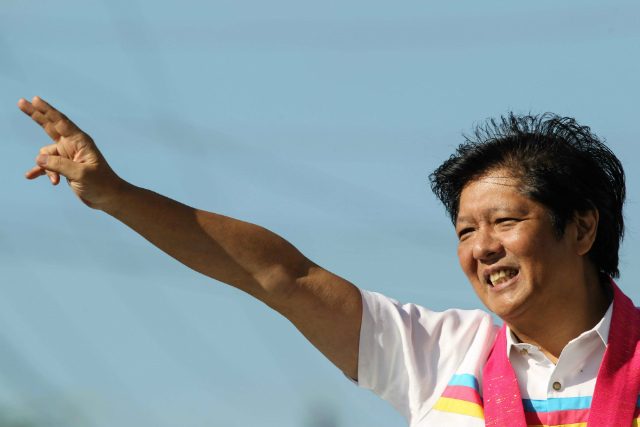 MANILA, Philippines – Leaders of the Philippines’ 5 Ateneo universities, run by the biggest religious order in the Catholic Church, joined the call against the “revision of history” by Ferdinand “Bongbong” Marcos Jr.

Like nearly 530 others as of Monday, March 7, the 5 Ateneo presidents signed a statement titled, “We are not blind to the darkness and oppression of the Marcos years!”

Initially released on March 2, it is a statement “of concerned members of the Ateneo de Manila University on the martial law regime and Bongbong Marcos’ revision of history.”

The statement was initially signed by at least 412 members of the Ateneo community, a number that rose by more than a hundred in less than a week.

The following Jesuit leaders lent their weight to the statement:

These university presidents belong to the Society of Jesus, a group of Catholic priests and brothers better known as the Jesuits.

This religious order – which runs other leading universities around the world, such as the US-based Georgetown University – was one of those affected by the abuses of the Marcos years.

In 1974, for instance, authorities under Marcos raided a Jesuit seminary – the Sacred Heart Novitiate in Novaliches, Quezon City – because the government suspected that there was a Marxist meeting in the notiviate. This prompted then Manila Archbishop Jaime Cardinal Sin to issue an unprecedented statement against Marcos.

Later, many Jesuits joined a movement to guard ballots during the fraudulent snap elections that pit Marcos and democracy icon Corazon Aquino.

Marcos was eventually ousted through the peaceful EDSA People Power Revolution that ended on February 25, 1986.

Now, exactly 30 years after the EDSA Revolution, Marcos Jr is rising to become the top contender for vice president. (READ: The Scrum: Why Bongbong Marcos might win as VP)

The new statement from the Ateneo community comes after Marcos said historians, not politicians, should judge his father’s regime.

‘Crimes of the martial law regime’

The signatories said, “In response to Ferdinand ‘Bongbong’ Romualdez Marcos Jr’s call that teachers and students of history should make a judgment about the Marcos administration, we, the undersigned members of the Ateneo de Manila community, vehemently oppose and condemn the ongoing willful distortion of our history.”

“We deplore the shameless refusal to acknowledge the crimes of the martial law regime. We reject the revision of history, disturbing vision of the future, and shallow call for ‘unity’ being presented by Marcos Jr and like-minded candidates in the 2016 elections,” they said.

The Ateneo community members also said they “refuse to forget the atrocities committed by the Marcos regime.” They also said perpetrators of crimes under Marcos should “be brought to justice.”

On top of these, the government “should relentlessly pursue and reclaim all the ill-gotten wealth accumulated by the Marcos family and its cronies.”

The signatories said: “It has become a glib talking point of the Marcos revisionists and loyalists to say that the People Power Revolution has ‘failed.’ We vehemently disagree. It was truly a genuine popular uprising and triumph against dictatorship.” (READ: Marcos years marked ‘golden age’ of PH economy? Look at the data)

“The revolution, however, is unfinished. The fullness of democratization, especially the creation of a social order which respects the dignity of all Filipinos, has yet to be achieved. It is our responsibility now as a people to continue and complete this unfinished struggle,” the said.

“We must start with the truth.” – Rappler.com