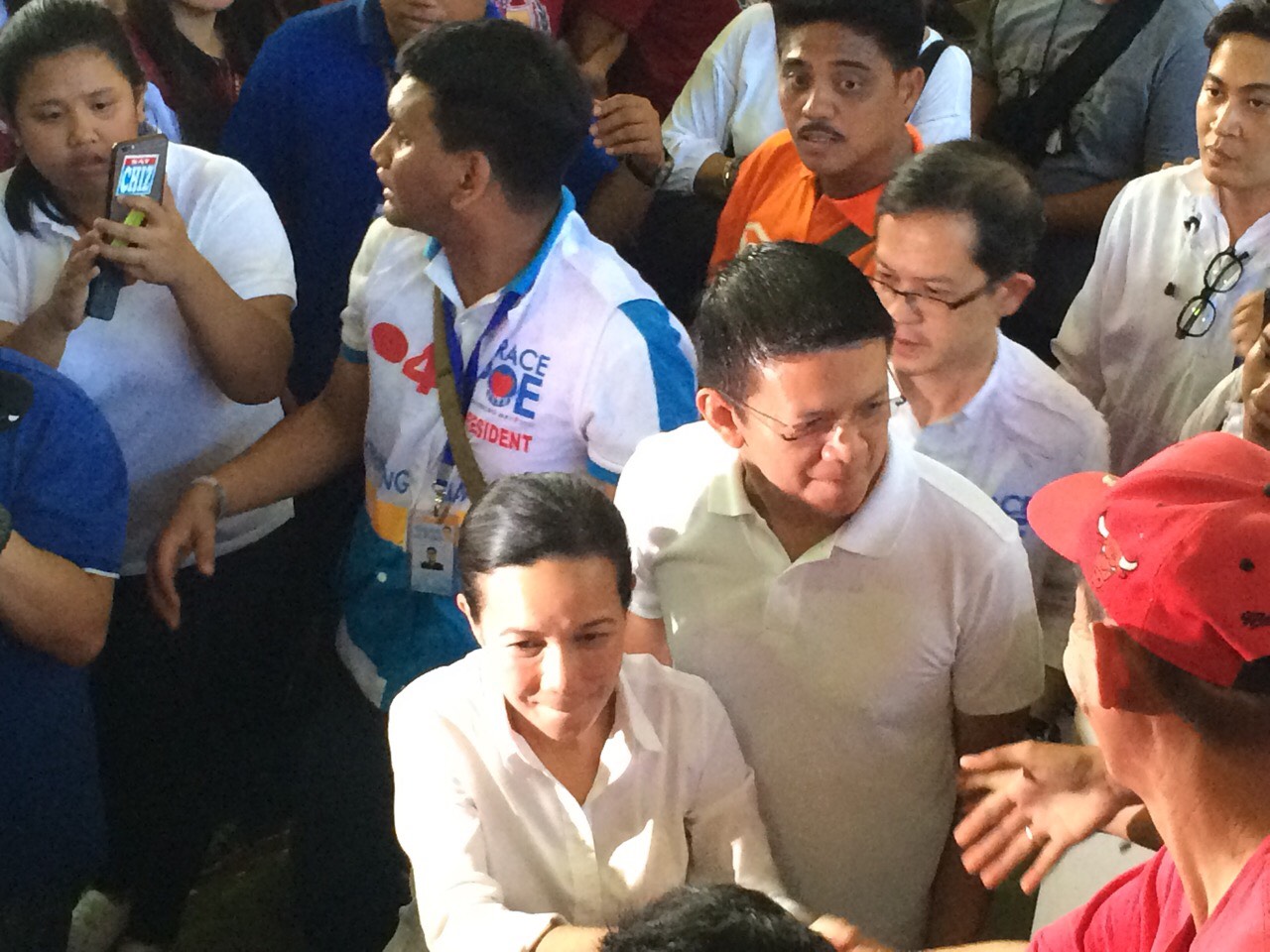 QUEZON, Philippines – Presidential bet Grace Poe on Wednesday, March 9, said that settling the coconut levy fund issue is no longer a responsibility of former ambassador and businessman Eduardo “Danding” Cojuangco Jr, pointing out that the money is now with government.

Poe was responding to a local reporter’s question on her administration’s position on the issue, considering that Cojuangco heads the Nationalist People’s Coalition, which recently endorsed the tandem of Poe and Senator Francis Escudero.

Quezon province heavily relies on agriculture, specifically coconut farming, for livelihood. Coconut farmers are among the poorest workers in the Philippines.

(Even I can’t wait for it. I’ve been hearing about it since I was a kid. Many petitioners already died fighting for it. The problem is, those you mentioned, like Danding Cojuangco, do not control it because the shares are already with the government.)

Cojuango, uncle of President Benigno Aquino III, is among those who allegedly used farmers’ funds to buy businesses, such as the United Coconut Planers Bank and San Miguel Corporation, during the Marcos administration. (READ: The San Miguel-Coco Levy Saga)

The Supreme Court earlier ruled that the coco levy funds belonged to the public and that it should be used for programs to benefit Filipino farmers.

(In fact, the Supreme Court had a decision on the how to release the funds. But our government had its own idea on how to use it instead of giving it directly to coconut farmers.)

Poe earlier revealed they are being lent or are borrowing private aircraft from San Miguel Corporation, where Cojuangco is the chairman.

The vice presidential bet maintained Cojuangco does not meddle with the affairs of NPC, even as he is the founding chairman.

Escudero, whose father was an agriculture minister of Marcos, said surveys should be done to determine legitimate beneficiaries.

Escudero said he wants the coco levy funds to be used solely for the coconut industry.

He proposed giving an initial 30% lump sum amount to revive the industry. The balance, he said, should serve as a “perpetual trust” fund for coconut farmers. – Rappler.com