Roxas: No change in strategy, even after Poe’s SC win 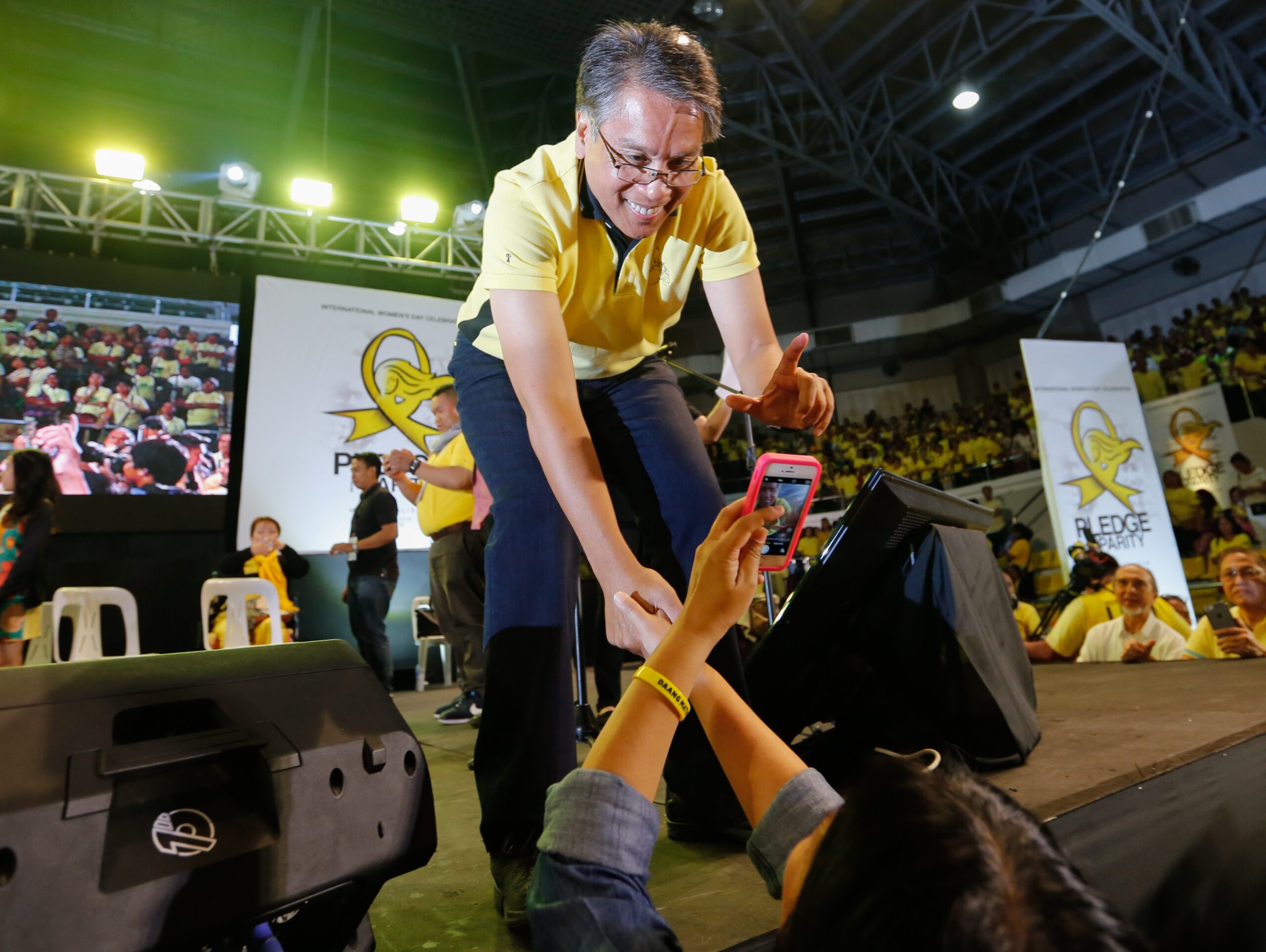 Facebook Twitter Copy URL
Copied
Speaking to reporters in a chance interview, Roxas says his is a campaign 'not based on personality' nor the number of people he’s running against

LAGUNA, Philippines – Liberal Party standard-bearer Manuel Roxas II on Wednesday, March 9, said there won’t be any changes in his campaign plans even after the Supreme Court (SC) ruled the day before that survey front-runner Senator Grace Poe’s candidacy will remain on track.

Speaking to reporters in a chance interview, Roxas said his is a campaign “not based on personality” nor the number of people he’s running against. “Ang ating kandidatura, ang ating kampanya ay batay sa performance, sa kaginhawahan na naihatid na ng Daang Matuwid,” he said.

(My candidacy, my campaign, is based on performance, on progress brought about by the Straight Path.)

On Tuesday, the High Court, voting 9-6, overturned the Commission on Elections (Comelec)’s earlier decision to disqualify Poe from the race because she supposedly did not meet two requirements for presidential candidates: 10-year residency and a natural-born Filipino status.

Roxas and Poe are in a 5-way race for the presidency against Vice President Jejomar Binay, Davao Mayor Rodrigo Duterte, and Senator Miriam Defensor Santiago. Of the 5, all but Santiago are seen to be in a tight race for the presidency, although the SC”s recent decision on Poe threatens to change that status quo.

The LP and the Roxas team had always assumed a 5-person race, something Roxas confirmed in the interview. “Hindi naman nasa kamay namin or hawak namin kung ano ang mga mangyayari na wala, hindi saklaw ng aming mga desisyon. So para sa amin, kung sino man ang nag-file, ‘yun ang mga katunggali, at tuloy-tuloy lang ito (These are things that are beyond our control, things we cannot decide on. So for us, whoever files, they’re our opponents and we just continue),” he said.

Poe, a foundling who was adopted by two Philippine movie legends, had been battling cases filed against her before the Comelec and the Senate Electoral Tribunal (SET). The SET ruled in her favor but two Comelec divisions did not.

If pundits or pollsters are to be believed, Poe’s numbers are expected to increase after the SC’s ruling. Surveys held prior to the SC decision showed that voters did not choose Poe because of doubts over her candidacy.

Months before any of them announced plans to run for president, Roxas had been wooing Poe to run as his vice president.

(Let’s just wait and see if people are really jumping ship…For me, we remain focused on presenting my platform.)

Still, Roxas took a jab at allies planning to switch sides for 2016. “Kung meron mang nagnanais na lumipat, well, thank you very much. Mas mabuti na nga na lantaran na lumipat sila kaysa patago at pasaksak sa likod ang kanilang gagawin (If people are moving, thank you very much. It’s better they do it up front than if they do this behind my back),” he said.

Politicians working in the shadows and supporting a candidate different from the one they’ve professed loyalty to is a familiar – and painful – experience for Roxas.

In 2010, when he ran for vice president alongside President Benigno Aquino III, some groups who were supporting Aquino made discreet plans and moved to support the candidacy of Binay. – Rappler.com