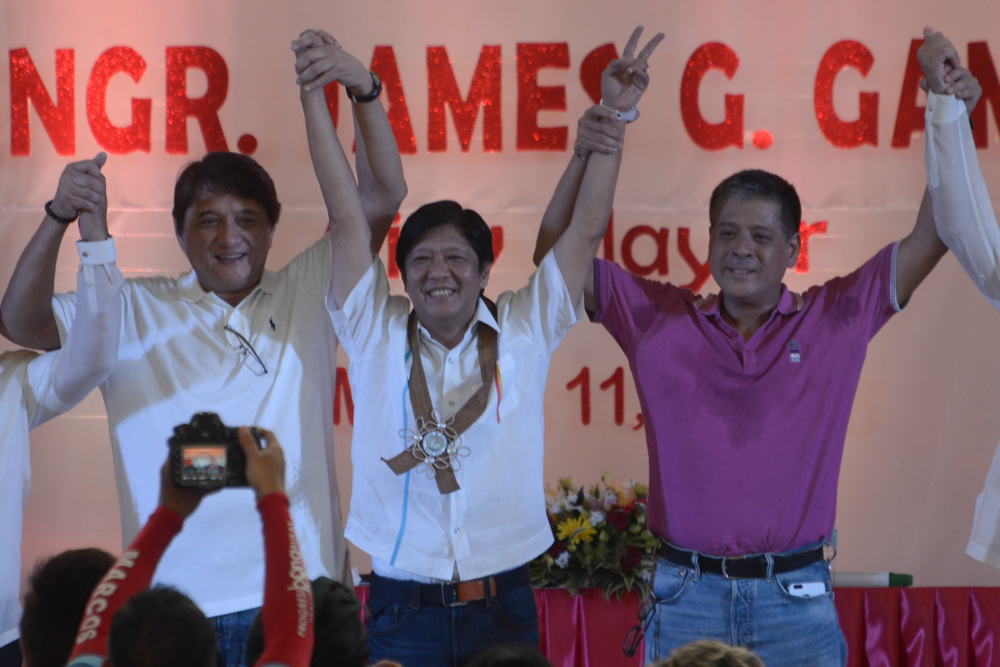 Floirendo, who previously served as a lawmaker, is the son and namesake of Davao’s banana magnate Antonio Floirendo Sr, who founded Tagum Development Cooperation (TADECO), one of the biggest and highest earning banana plantations.

The late “banana king,” who died in 2012, was also an Ilocano, having been born in La Union. He also faced allegations of being a “Marcos crony” during the martial law rule of Senator Marcos’ father, the late dictator Ferdinand Marcos.

The younger Floirendo said he is supporting Senator Marcos’ bid for the vice presidency because of his father’s contributions to the banana industry in Davao del Norte, particularly in their bailiwick, Panabo City.

(Our banana industry prospered because of the old man, Marcos. If there had not been a Marcos before, there would be no Panabo, no Davao del Norte.)

While Floirendo has thrown his support behind Marcos, he won’t be backing Marcos’ standard bearer, Senator Miriam Santiago.

Instead, Floirendo will be supporting the presidential bid of Davao City Mayor Rodrigo Duterte.

Meanwhile, Floirendo’s nephew, Lagdameo, was mum when asked about his presidential bet, saying he’d rather concentrate on securing votes for his friend.

Lagdameo has long been a visible figure in Marcos’ campaign even before the campaign season started. He was present in several sorties, especially in Mindanao. He was also there when the senator visited Abra with his cousin and senatorial candidate, Martin Romualdez, and Ilocos Sur governor Luis Chavit Singson.

Marcos also held a long caravan from Davao City to Davao del Norte, courting votes in “Duterte country.” Some groups have openly expressed support for the tandem of the tough-talking Davao mayor and Marcos.

Several residents from both areas greeted the son and namesake of the former President Ferdinand Marcos with warm smiles and banners as he passed through the city highway.

Just like in his other sorties, Marcos supporters in Davao said they will vote for Marcos instead of Duterte’s running mate, Senator Alan Peter Cayetano, because of the projects the late Marcos initiated in their localities.