IN NUMBERS: #PHVote and PH education

Mar 15, 2016 10:20 PM PHT
Fritzie Rodriguez
Facebook Twitter Copy URL
Copied
Before we cast our votes, let's look at the real state of Philippine education and what the next administration ought to work on 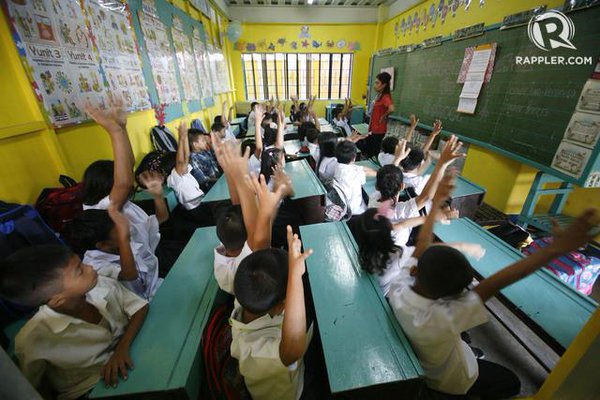 MANILA, Philippines – As election day nears, candidates have been dropping sweet promises here and there, especially regarding the education sector.

Many have sworn on improving the lives of both teachers and students, the quality of classrooms and textbooks, and revamping the education system through the K to 12 program.

But before we cast our votes, let’s take a look at the real situation of Philippine education and what the next administration ought to work on.

The literacy rate among Filipinos aged 15 to 24 remains high at 98.1% as of 2013, according to the latest available data from the Philippine Statistics Authority (PSA).

In terms of literacy, women are slightly ahead of men, with minimal difference.

A quick look at the achievement rates of graduating primary and secondary school students reveals spikes and dips in different subjects. Both groups reflect slow progress in Math.

Achievement rates among 6th graders in science and English increased over the years, but performance in Math, Hekasi, and Filipino have been fluctuating.

As of 2015, the Philippines did not meet all of its education targets in the Millennium Development Goals.

The K to 12 program is set to be fully implemented by 2017. It aims to strengthen math, science, and language. So far, all 2016 presidential bets are in favor of K to 12, only varying in how they plan to further improve the program.

Senators Miriam Defensor Santiago, in particular, is pushing for the advancement of science and technology education. Will the Philippines, with its slow Internet, succeed in this endeavor? 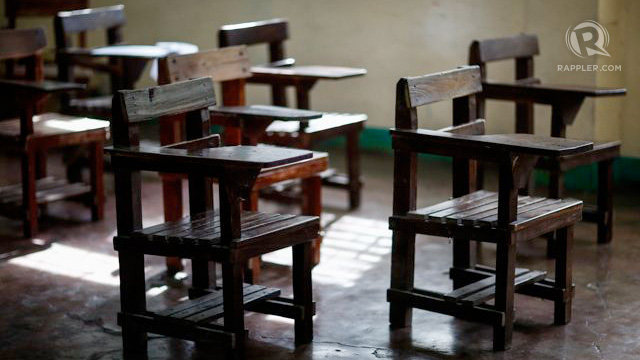 Unfortunately, not all Filipino children manage to graduate.

Across all regions, the Autonomous Region in Muslim Mindanao (ARMM) had the highest out-of-school population at 14.4%, higher than the national average of 10.6%.

On the upside, dropout rates among elementary schools have already decreased in the past decade, based on the data the Department of Education (DepEd) provided Rappler.

“In terms of gender, the proportion of out-of-school children and youth was higher among females than males in all regions,” the PSA said.

ARMM and Davao had the highest proportion of out-of-school females.

Top reasons for quitting school include:

Most working children are engaged in agriculture and forestry, followed by retail trade, fishing, and manufacturing.

If elected, Mar Roxas promises to “align the country’s education system with the rest of the world.” Given the poverty and labor conditions several Filipino children currently experience, can Roxas take these children off the streets? 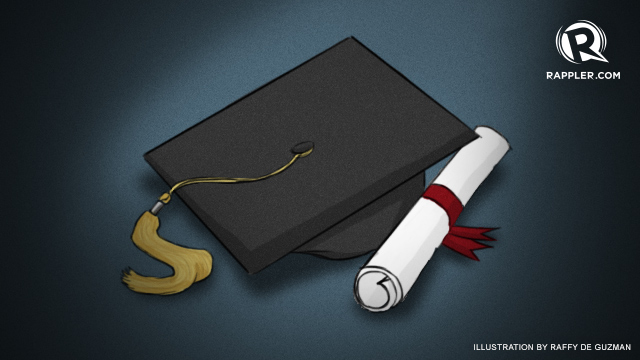 There are twice as many private higher education institutions (HEI) than public ones, according to the Commission on Higher Education (CHED).

Meanwhile, the courses with the least number of graduates are Home Economics, Trade and Craft, Religion and Theology, and Mathematics, and Law and Jurisprudence.

For years 2015-2016, the estimated average tuition fee among State Universities and Colleges (SUCs) was P176 per unit. This is higher than the average rate of P131/unit in 2011.

In 2016, SUCs received a budget of P47.414 billion. The total budgets of SUCs have increased yearly since 2012; however, advocates stressed that several SUCs still experience budget cuts.

When Senator Grace Poe declared her presidential bid, she said she wants to help college students find internships and jobs even before they graduate.

In 2015, the country’s unemployment rate was 6.5%, translating to around 2.6 million jobless Filipinos. Can Poe deliver her promises? 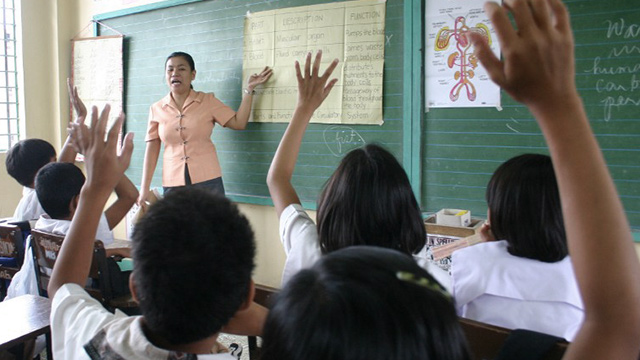 Among all presidential bets, Vice President Jejomar Binay promised the most for teachers: higher salary, housing, study grants for them and their children, instructional materials allowance, 20% discount on food, transportation, medical and dental services, and even burial services.

He said he would ask Congress to allocate funds for such programs.

Education already receives the biggest chunk of the national budget annually. From a P161.4-billion budget in 2010, DepEd’s share increased to P436.5 billion in 2016.

The question is whether Binay can walk his talk.

As for Davao City Mayor Rodrigo Duterte, he promised that education would be his second top budget priority, after agriculture and before health.

In the Philippines, it is quite common to see schools holding 3- or 4-shift classes. The double shift policy was first adopted in 2004 as a means to address classroom shortage.

The DepEd, however, reported that it already managed to reduce the number of congested schools. As of 2014, the DepEd said there are no longer schools shuffling 4 shift classes, while only 19 schools hold 3-shift classes.

The second presidential debate for the #PiliPinas series will be held on Sunday, March 20. Among the topics to be discussed is education.

Education advocates and poll watchdogs are calling on voters to weigh whether candidates truly know what they are talking about or whether they are merely flirting with the audience through empty promises. – Rappler.com