Mar 18, 2016 7:00 AM PHT
Jun A. Malig
Facebook Twitter Copy URL
Copied
Reelectionist Lilia Pineda says it is her way of thanking the President for the 'billions' in infrastructure and social funds that Pampanga received the past years 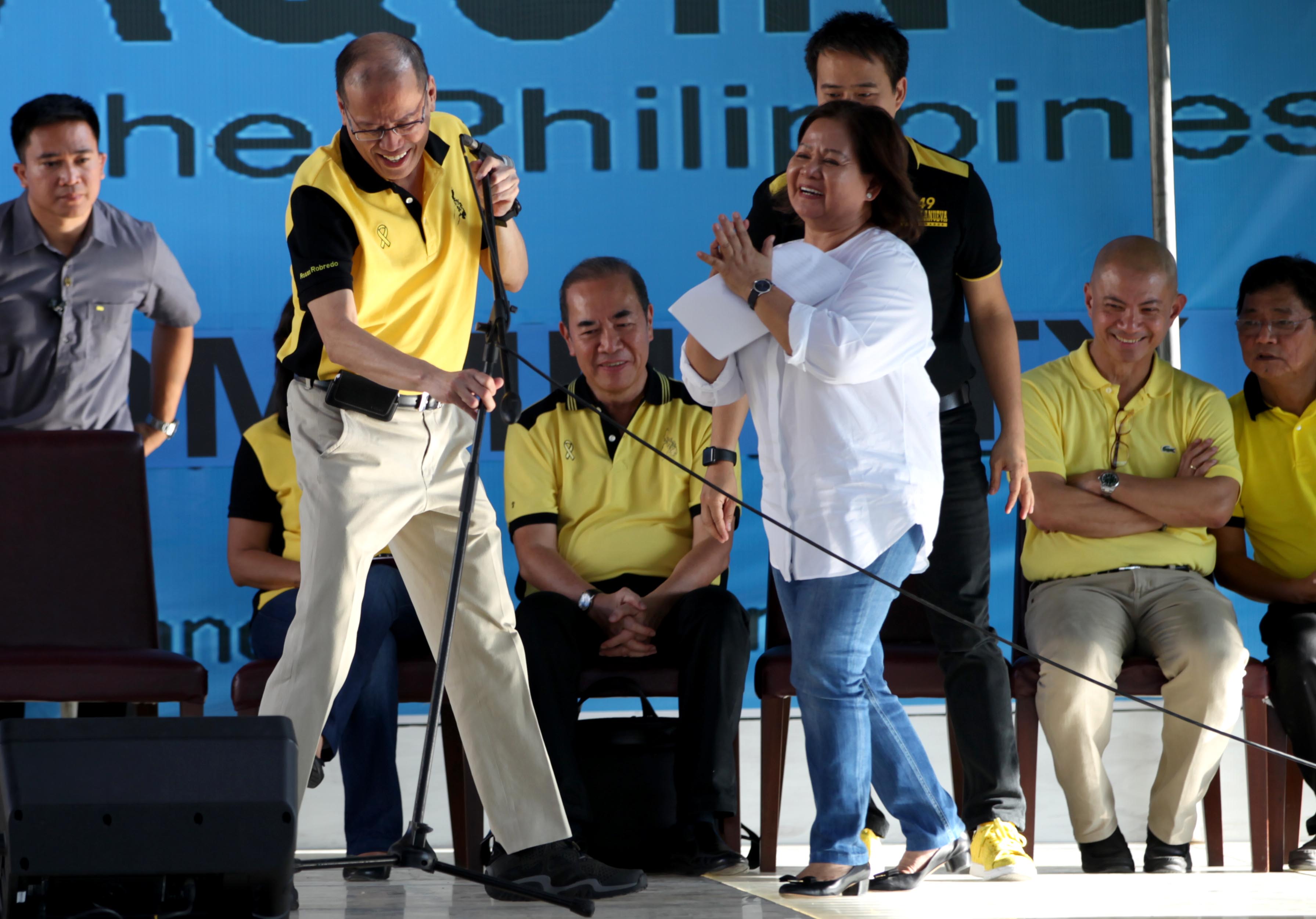 PAMPANGA, Philippines – Reelectionist Pampanga Governor Lilia Pineda on Thursday, March 17, broke her silence over who she would support in the upcoming national elections.

Citing her constituents’ gratitude for the infrastructure projects and social welfare programs of the Aquino administration in the province in the last 6 years, Pineda declared her support for the President’s candidates.

(Beloved President Aquino, please accept the high respect, heartfelt gratitude, and admiration of the Kapampangans. You can count on the whole province of Pampanga to fully support your aspirations and goals for the continued progress and development of our country.)

(And, Mister President, because of billions you gave Pampanga for projects, especially infrastructure, the billions you gave for the development of the province, I promise you that all Kapampangans will support your candidates.)

Pineda, who  is seeking reelection under the local party Kapanalig at Kambilan ding Memalen Pampanga, spoke after Robredo and Roxas delivered their respective campaign speeches to get the support of people in this province.

The lady governor used to evade questions about who she would support for president and vice president.

“We were also surprised. Nanay (Pineda) is known to welcome all presidential, vice presidential, and senatorial candidates in Pampanga. Wala siyang pinipili, wala siyang ’tinataboy. Lahat welcome sa kanya, ano man ang partido nila. Now, she declared her support to Mar Roxas and (Leni) Robredo. And we will abide by Nanay’s will,” a local official, who requested anonymity, told Rappler on Thursday evening.

(She didn’t favor or dismiss anyone. She welcomed everybody, regardless of their party affiliation.)

Pampanga, which has two component cities and a highly-urbanized city and 19 towns, has 1,278,260 registered voters. 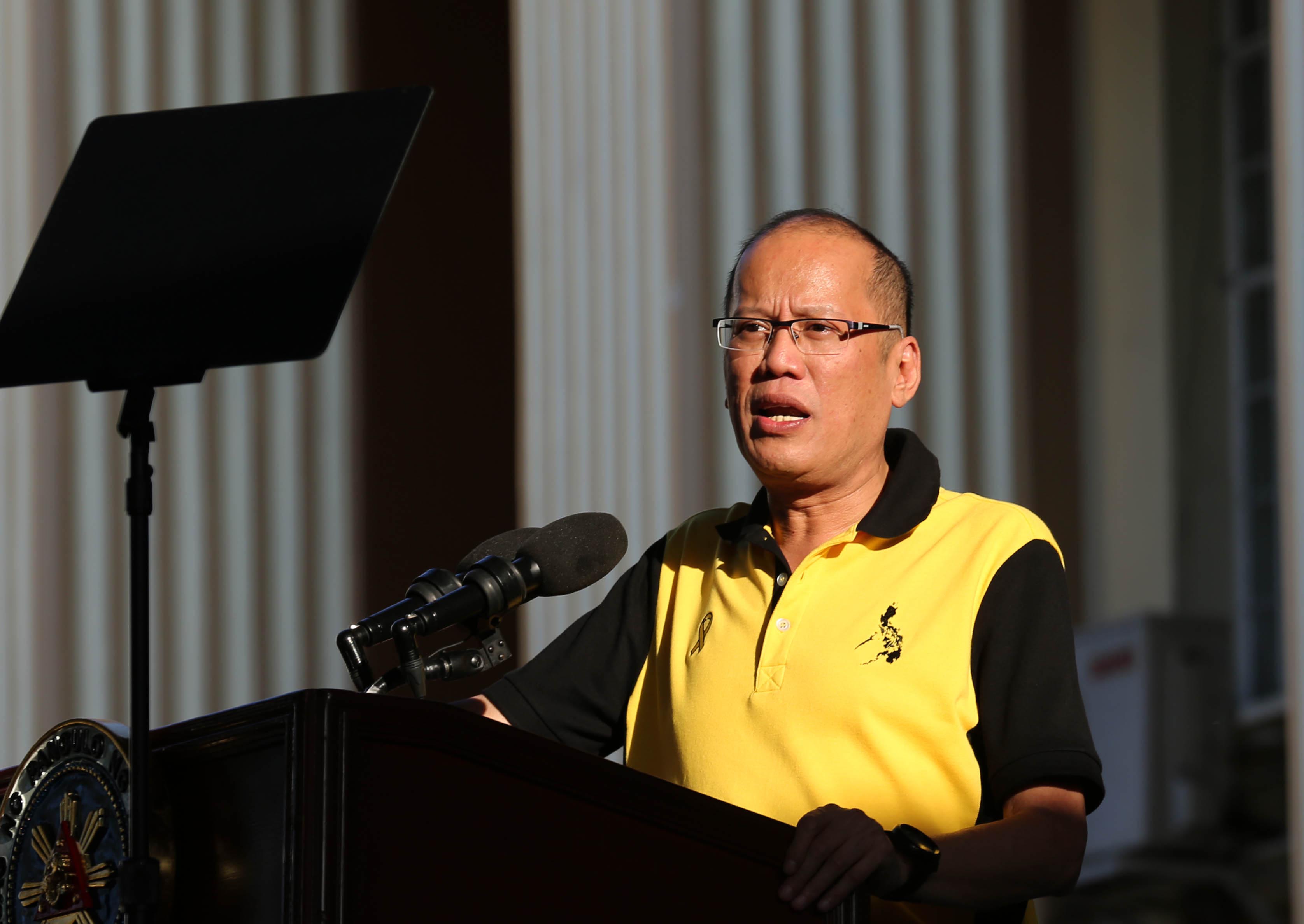 Pampanga has received P16.9 billion from the national government since 2011, mostly for infrastructure and flood mitigation projects. Aside from this, Pineda said, some 50,000 families in the province were supported by the Pantawid Pamilyang Pilipino Program (4Ps). 136,000 families also obtained medical assistance through the universal health care program.

Aquino thanked Pineda and the people of Pampanga, saying that the people of the province had been supportive of his family since his father, the late Senator Benigno “Ninoy” Aquino Jr, was assassinated in 1983.

President Aquino won by a large margin over her political rivals in Pampanga in the 2010 elections. He got 327,666 votes against Gilbert Teodoro, the 2nd placer who obtained 280,462 votes.

Pineda and his son, Vice Governor Dennis Pineda, are both running unopposed. The mother is seeking a 3rd term under Kambila party, while the son is running under the Nationalist People’s Coalition.

At at the provincial capitol, Aquino discussed plans to solve the perennial flooding problem in the province. He was accompanied by Public Works Secretary Rogelio Singson. – Rappler.com