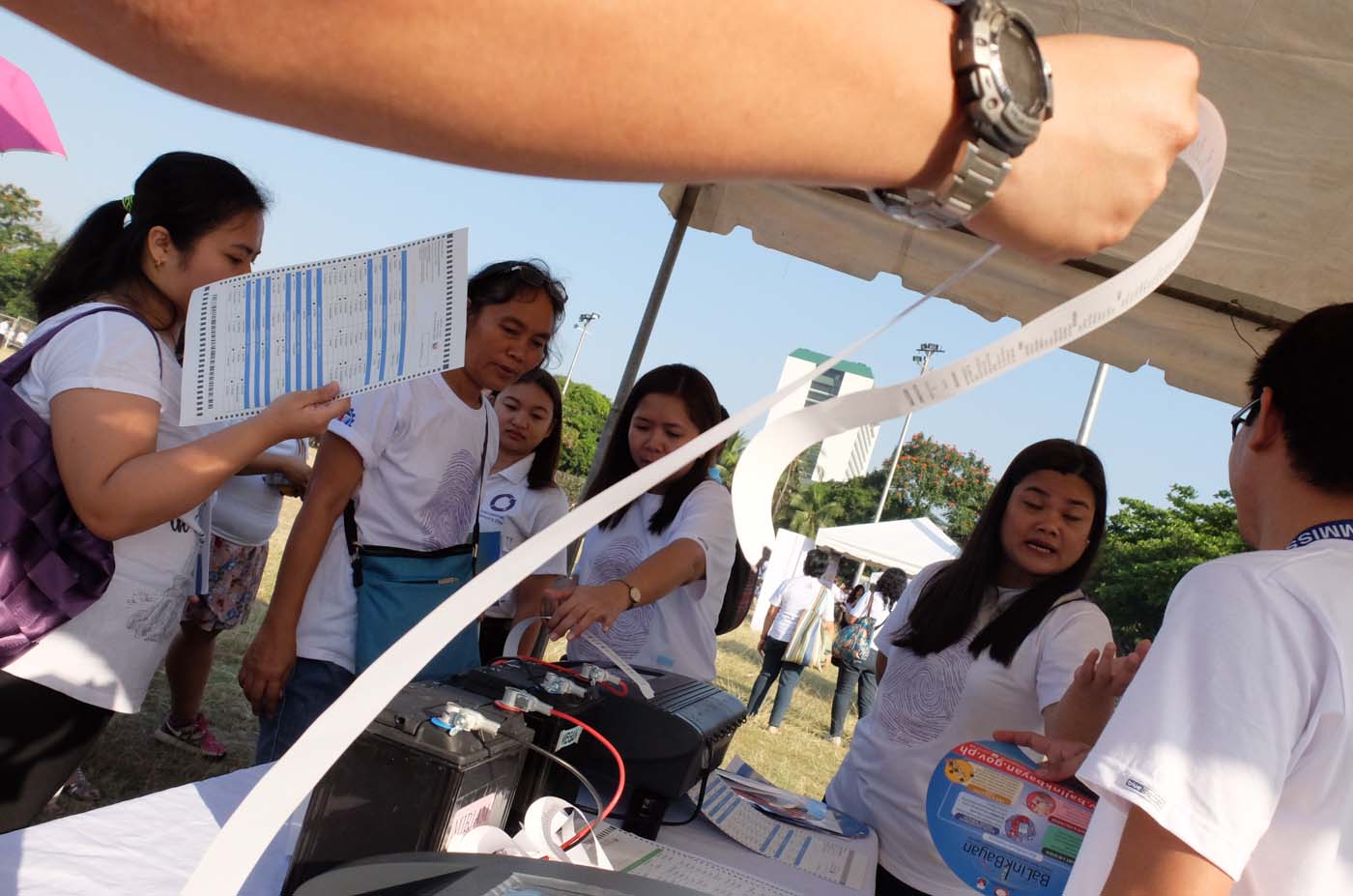 MANILA, Philippines – While promising to issue voting receipts as ordered by the Supreme Court (SC), the Commission on Elections (Comelec) admitted that the receipts it will issue this year will be legally useless.

Using simple receipts will allow the Comelec to comply with the SC ruling this year without having to postpone the May 9 polls. The Comelec is permitted to include the security features, instead, in future elections.

The question is, what’s the use of voting receipts legally if they do not have security features?

Responding to this question, Bautista said on Thursday, March 17, “Well again, sa aming palagay, wala nga, kasi nga puwede mong palitan kaagad e.” (Well, in our opinion, it has none, because you can change it at once.)

The elections chief made this statement in an interview with reporters in the SC building on Thursday. This was around 30 minutes before the SC said it had denied the Comelec’s appeal against issuing voting receipts.

Bautista explained that without security features, the Comelec cannot use the simple receipts for the random manual audit (RMA) of votes.

In the RMA, auditors manually tally the votes in random precincts and compare these with the votes as counted by the machines.

What then is the use of simple receipts?

Using simple receipts, Bautista said, at least “gives comfort to the voter” that the machine counted his or her votes.

In an interview with reporters two hours after the SC issued its ruling, Bautista was asked the same question about receipts without security features. Will these receipts be legally useful?

This time around, Bautista said he was not sure.

Asked if the simple receipts could be used in court, Bautista said it was best to ask lawyers. The Comelec chief, former law dean of the Far Eastern University, is himself a lawyer.

The use of simple receipts is what convinced the SC that the Comelec “is capable of fully implementing” the Voter Verified Paper Audit Trail feature of VCMs. (READ: Why SC denied Comelec appeal vs vote receipts)

The VVPAT also refers to the voting receipts.

No need to touch source code

The SC cited the two scenarios presented by the Comelec during Thursday’s oral arguments.

The first scenario would require the Comelec to postpone the elections to May 23. The second would allow it to proceed with the May 9 elections as scheduled.

In the first scenario, the Comelec would enable the voting receipts’ security features.

Installing these security features would require the Comelec to modify the source code or “master blueprint” of VCMs.

Modifying the source code is a weeks-long process that would force the Comelec to reschedule the elections to May 23.

On the other hand, in the second scenario, the Comelec would print “simple” voting receipts without security features.

This would not require touching the source code.

Under this scenario, the poll body said, it wouldn’t have to postpone the elections.

The SC said: “The Commission on Elections categorically manifested that, if the source code is not amended, the vote-counting machines can still be reconfigured to enable the machines to generate the voter’s receipts in time for the May 9, 2016 elections.”

The SC explained that its order “is substantially complied with when a voter’s receipt is printed and the voter can physically verify his or her vote.”

The High Court said, “Additional features may be added in the voter’s receipt for future elections.” – Rappler.com