IN PHOTOS: UP Cebu, venue of the 2nd presidential debate 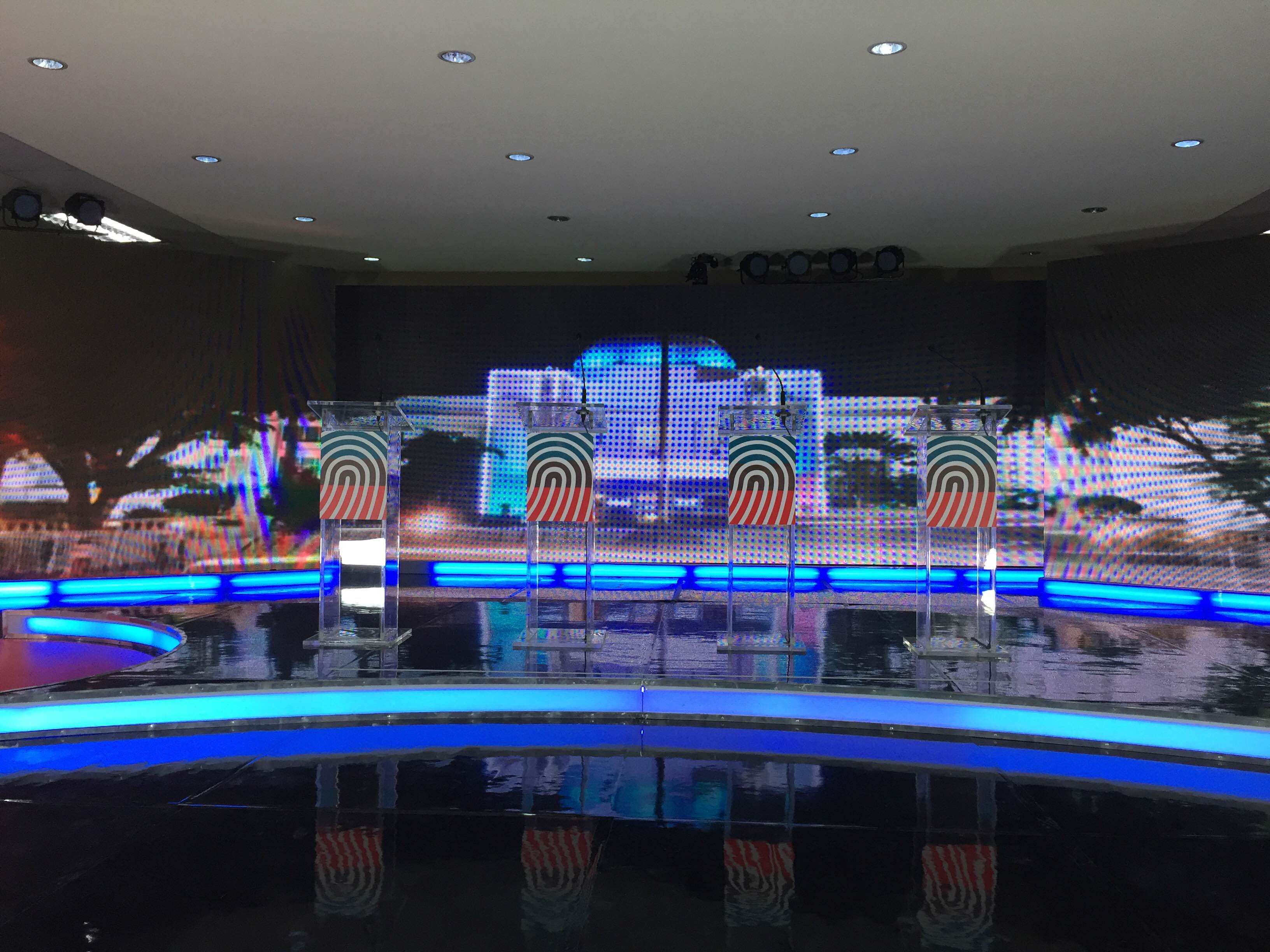 CEBU CITY, Philippines – Organizers are doing some final touches at the University of the Philippines (UP) Cebu, the venue for the second presidential debates to be held on Sunday, March 20.

Senator Miriam Defensor-Santiago already announced she will be skipping the debate to undergo a clinical trial for an anti-cancer pill.

The debate, co-organized by the Commission on Elections, TV5, Philippine Star, Kapisanan ng mga Brodkaster ng Pilipinas, and UP Cebu, will follow a panel format.

The panelists include the following:

The debate will be aired live from 5 pm to 8 pm. The magic happens in UP Cebu’s Performing Arts Hall. 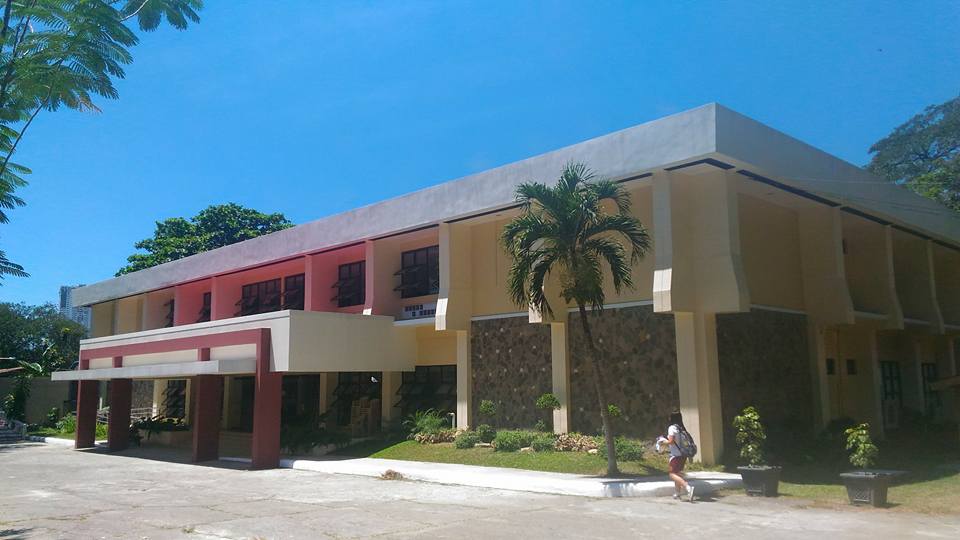 The first floor houses the media center, where journalists from different news organizations are allowed to work and cover the event. 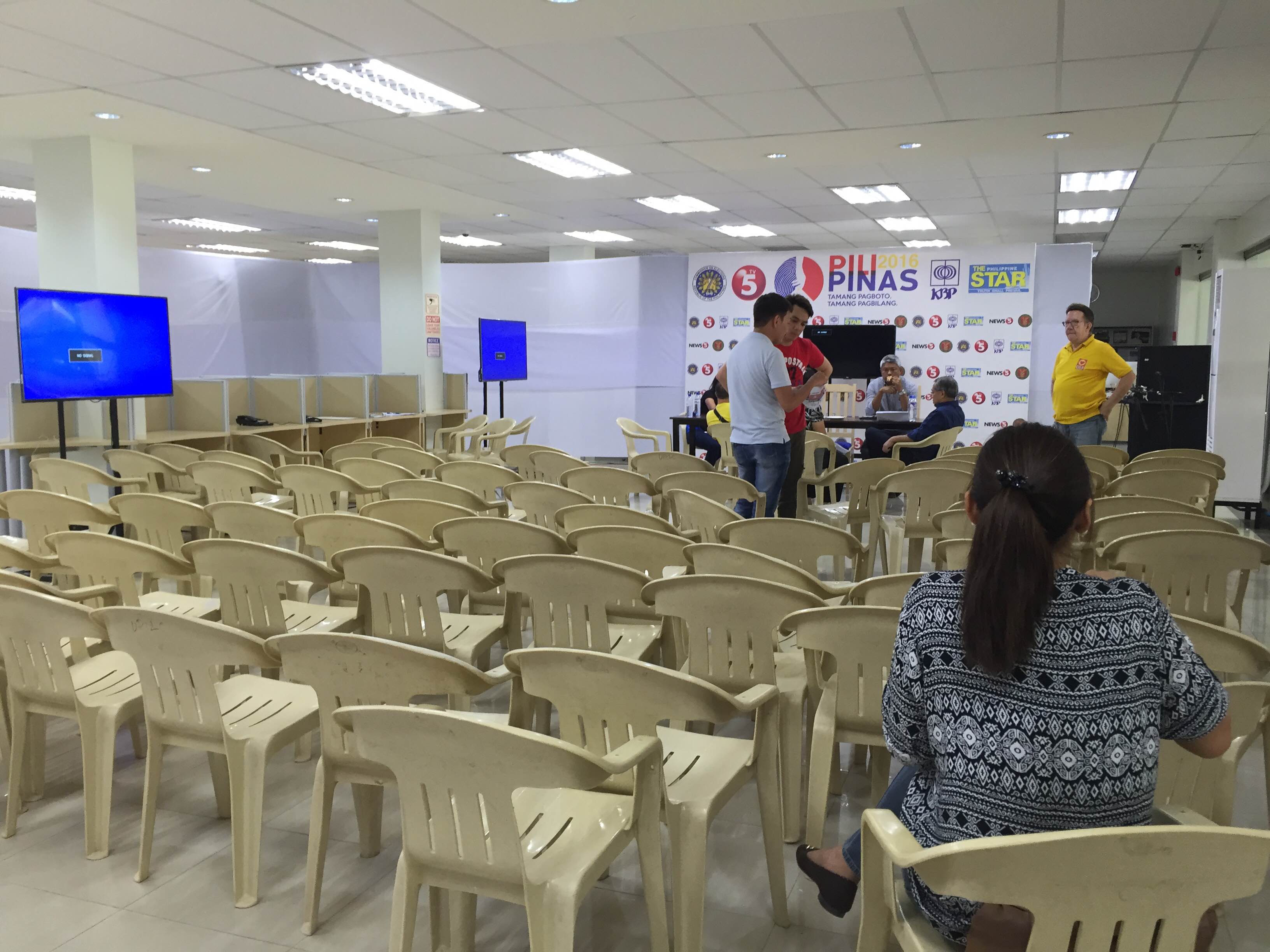 The second floor is where the actual debate will be held. Only 300 people are allowed to enter: the candidates themselves, 15 of each of the candidates’ supporters, allies or relatives; sectoral representatives, 30 local journalists, and reporters from TV5 and the Philippine Star. 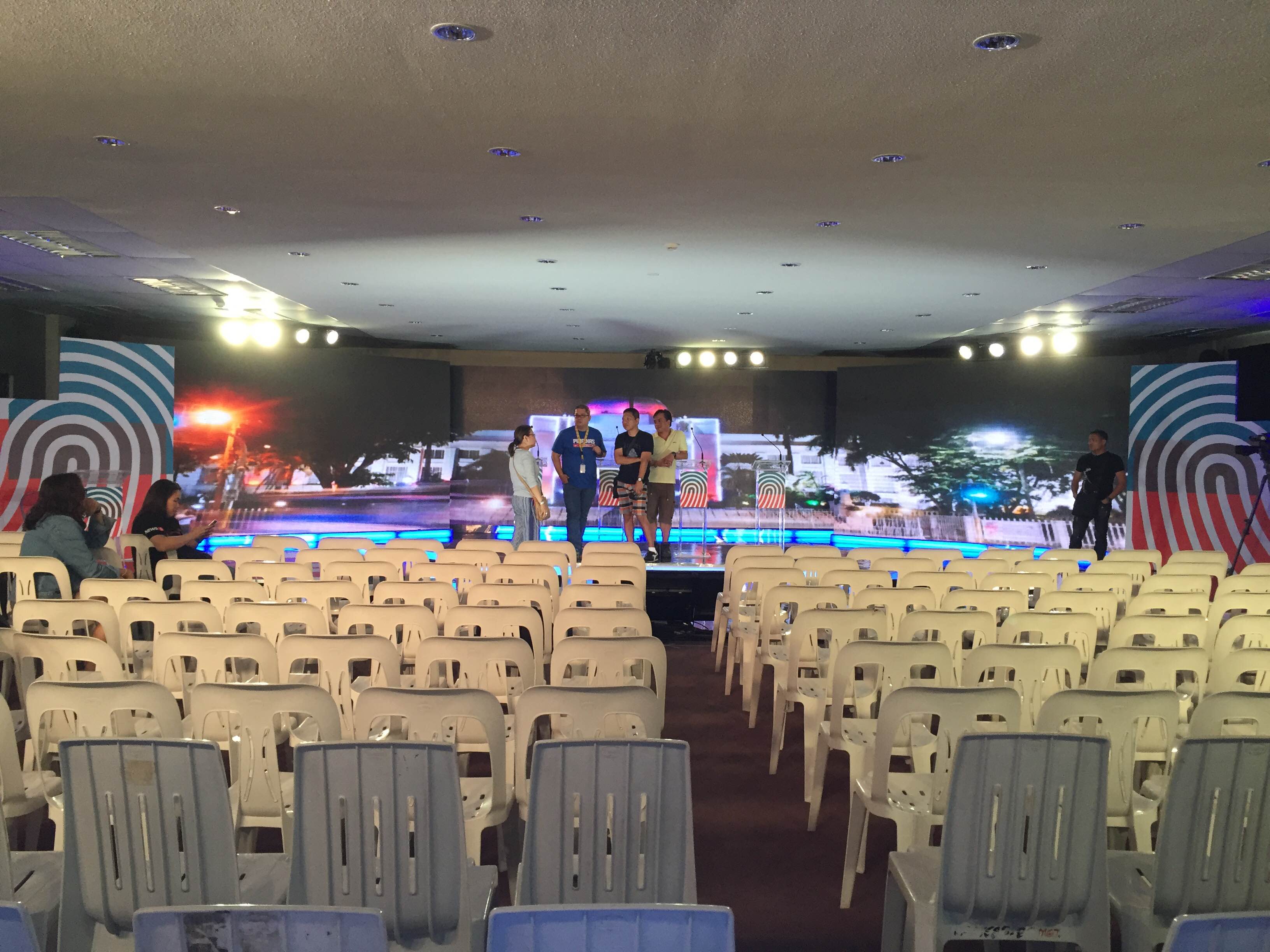 Unlike in the first debate, the local reporters inside the debate venue are allowed to livetweet.

Audience members may take photos and videos (not live), but they are required to do so “discreetly,” or without bothering the rest of the audience. TV5 news production head Patrick Paez said violators will be “politely” asked to leave the venue. 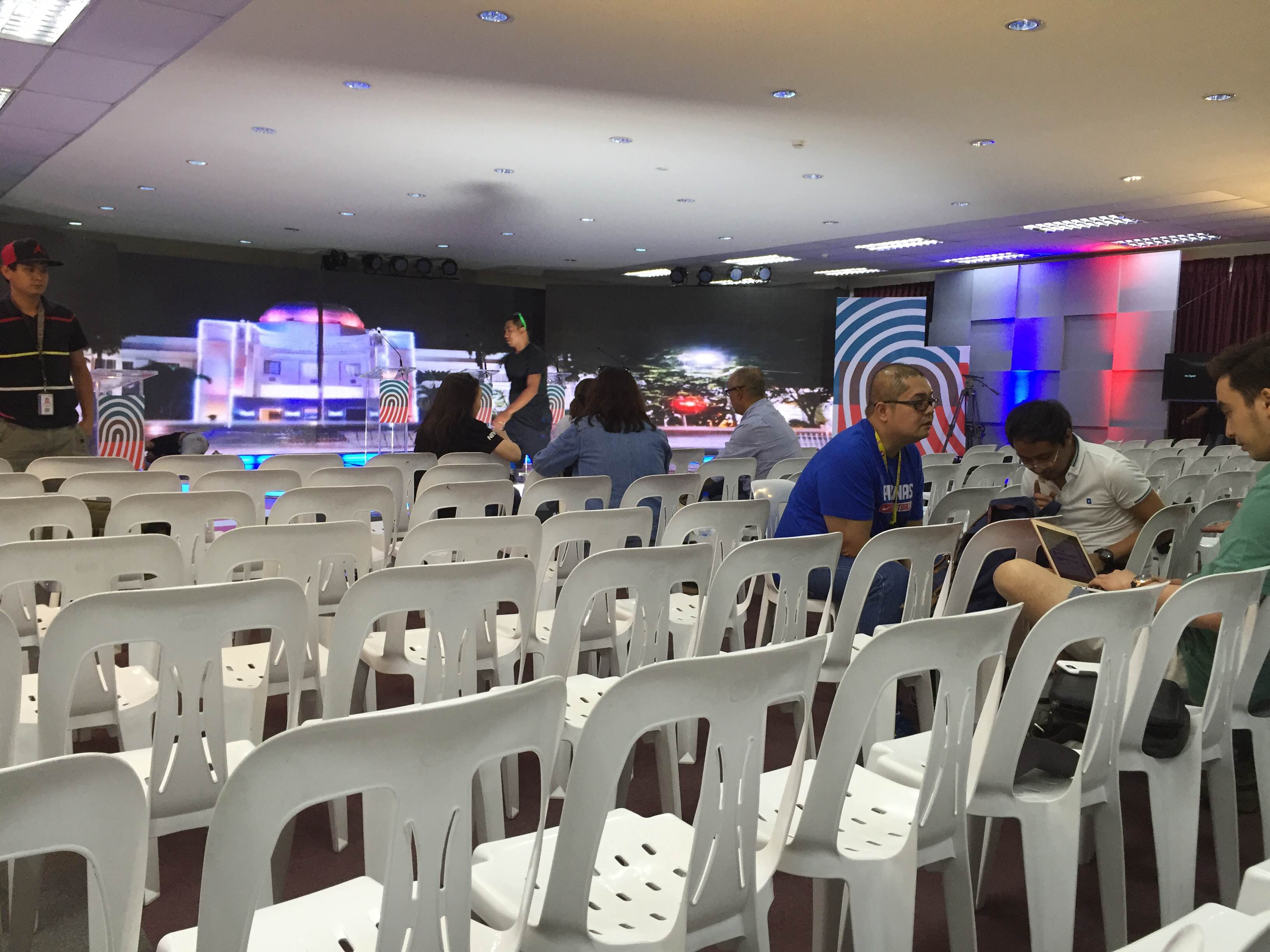 Other journalists are not allowed to enter the second floor. The debate organizers will provide photos that other news organizations may use. Other news outfits may also embed two-minute long videos in every story to be published about the debate, provided that TV5’s logo will not be removed.

Meanwhile, the panelists will be seated behind the audience members. 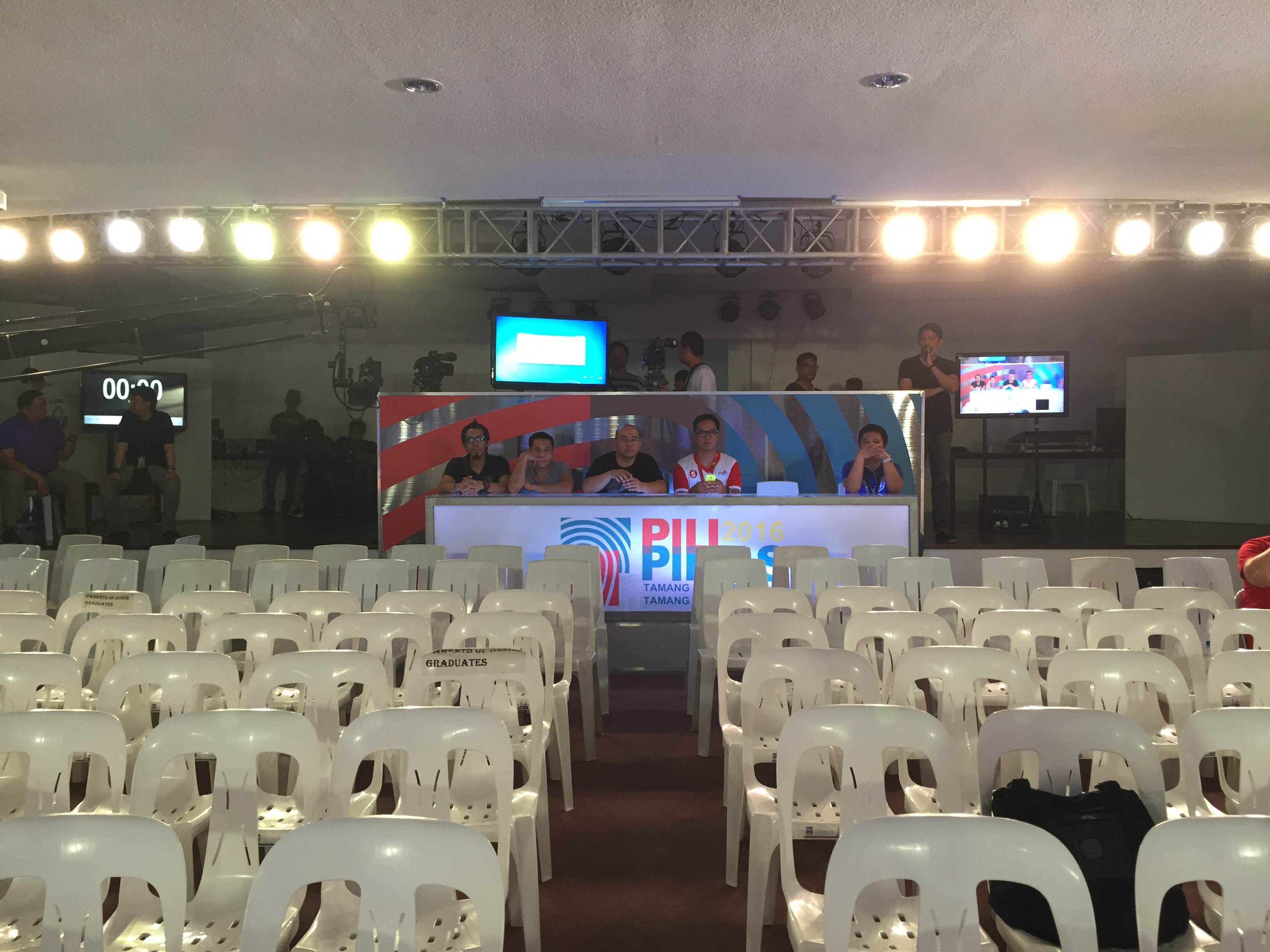 The organizers also barred all reporters from holding ambush interviews with the candidates at the lobby, after the debate, because the area is narrow. 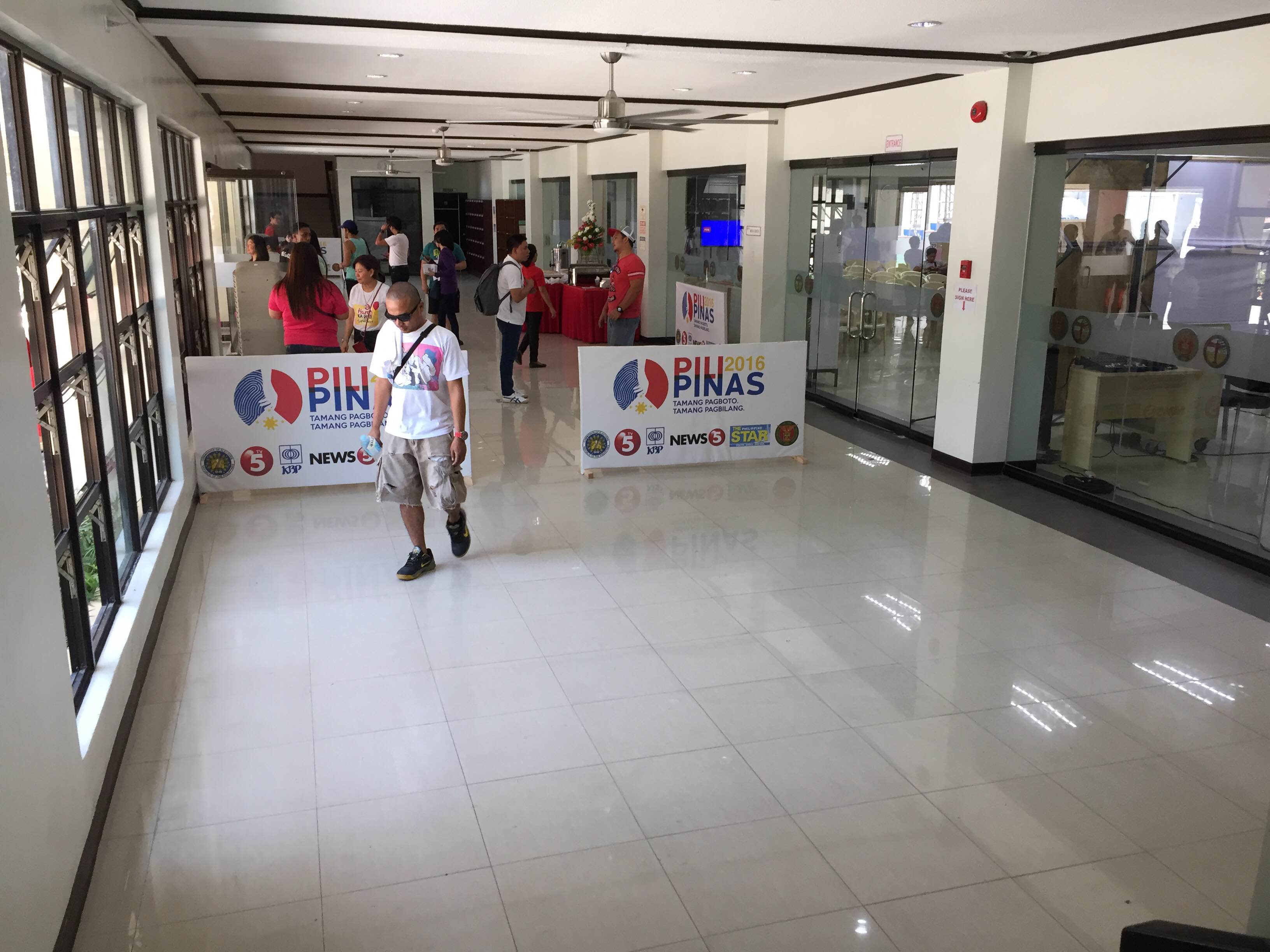 Interview areas will instead be set up along UP Cebu’s driveway. 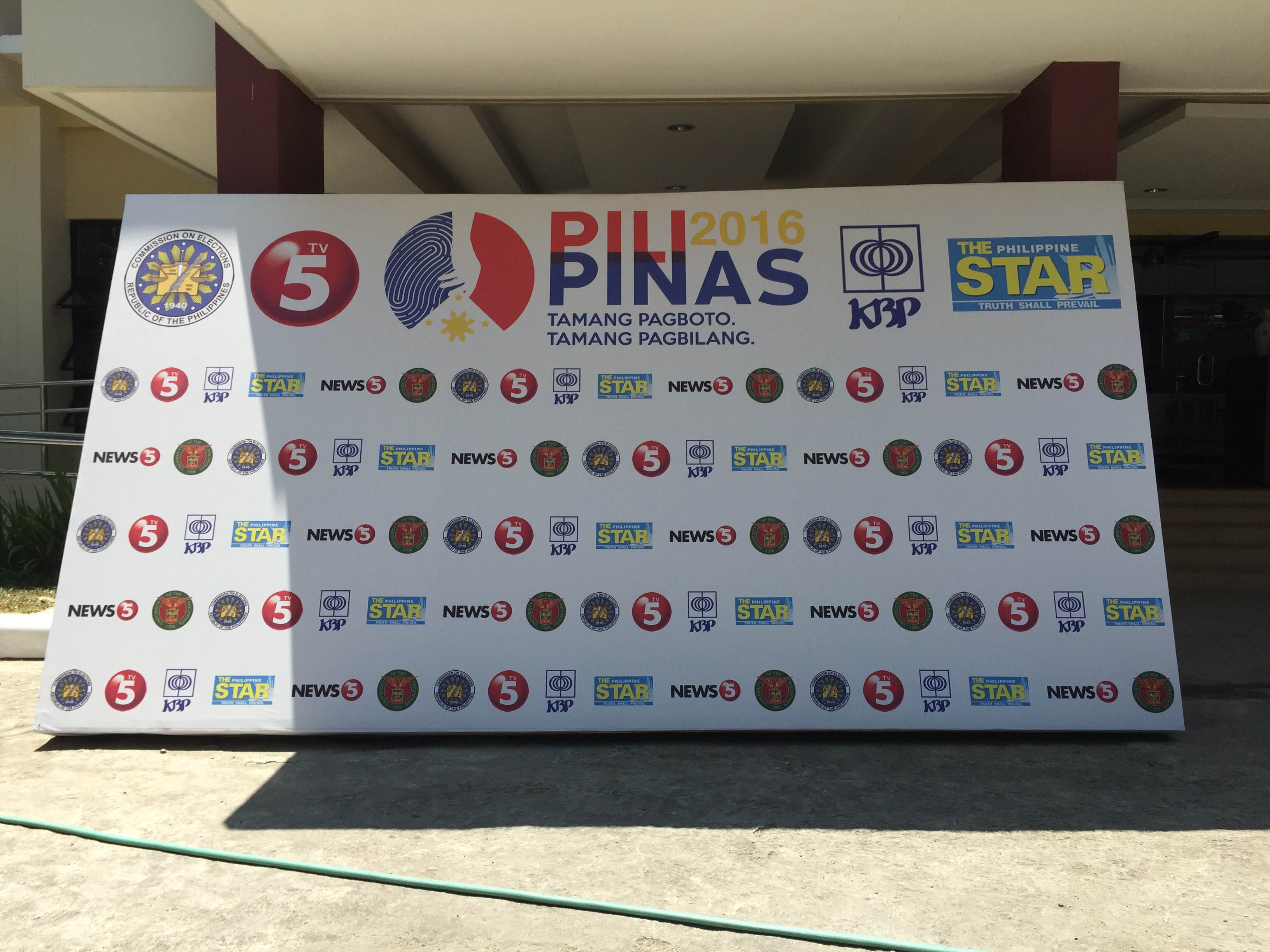 Prior the start of the debate, all 4 candidates will be led inside this guest house, just beside the Performing Arts Hall. 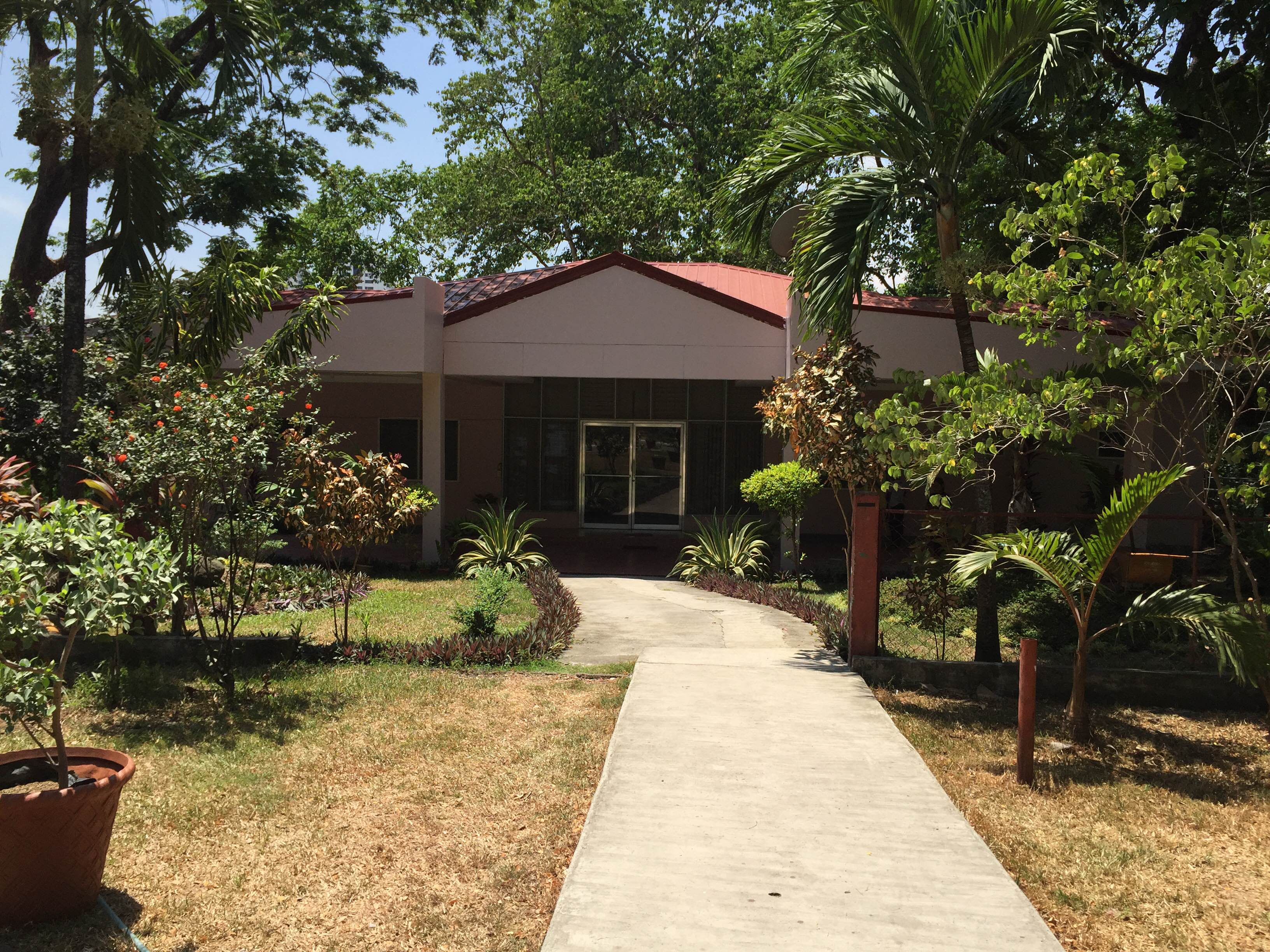 Paez said each candidate will be given a separate room. Since the guest house is a bit small, the candidates are only allowed to bring with them two companions.

They are expected to start arriving in UP Cebu by 3 pm and are supposed to be inside the debate hall by 4:30 pm. 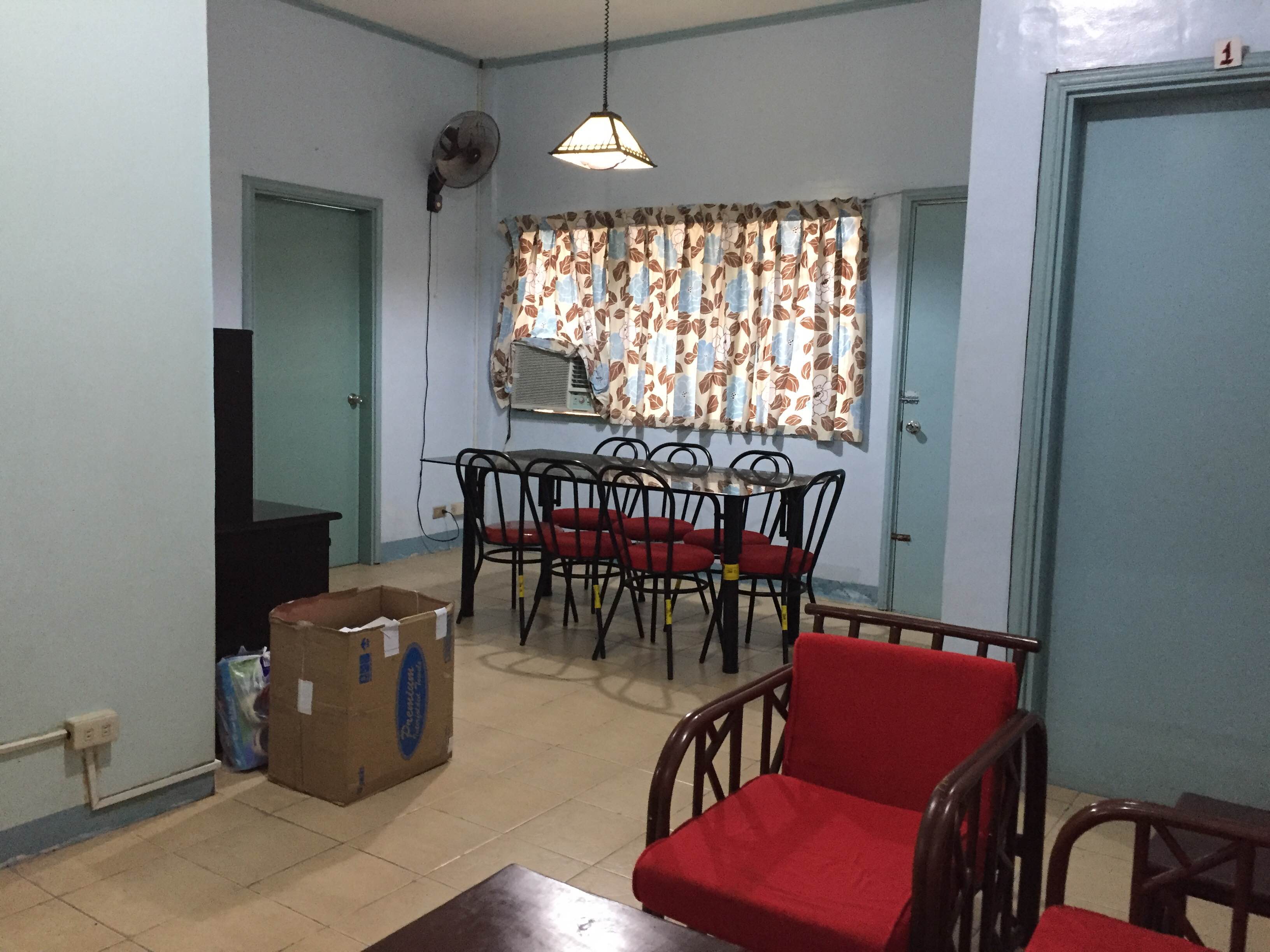 Crew members of TV5 are currently staying in the guest house as they continue setting up for the debate. They will be vacating the building by the end of the day. 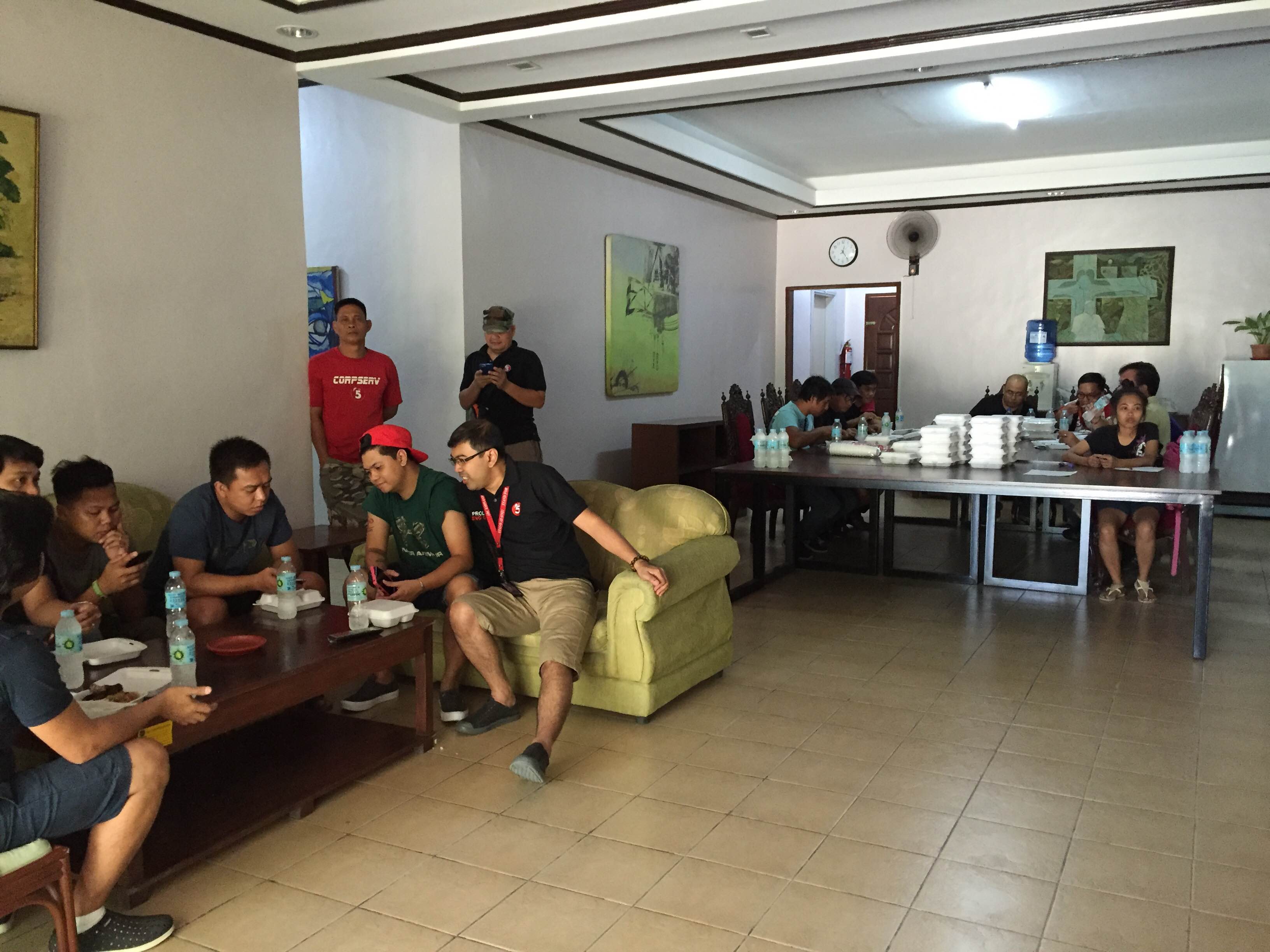 UP Cebu is mounting its own program outside the Performing Arts Hall to have more Cebuanos to engage in, and watch, the debate. (READ: FAST FACTS: What you ought to know about Cebu and elections) 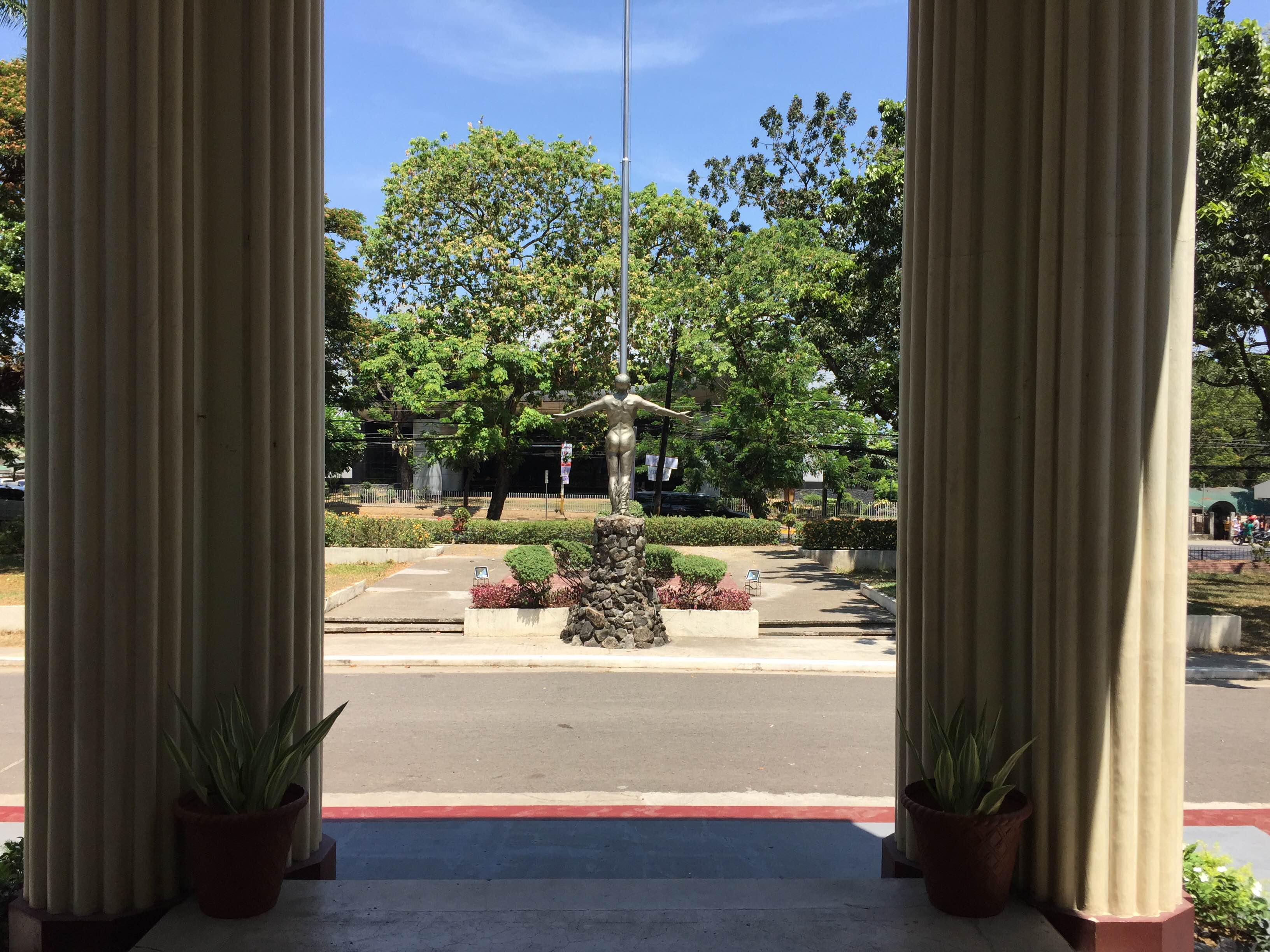 Gregg Lloren, a UP faculty member and event manager for the debate, told Rappler that a Mass will be held on campus grounds from 11 am to 12:30 pm in Sunday.

Lloren also said UP Cebu has invited professors from UP Diliman to hold talks about responsible voting and the importance of the upcoming elections during the program on Sunday.‬

At 2 pm, a debate will be held between students of UP Cebu and Cebu Normal University. The program will be hosted by two UP Cebu faculty members and two from TV5. 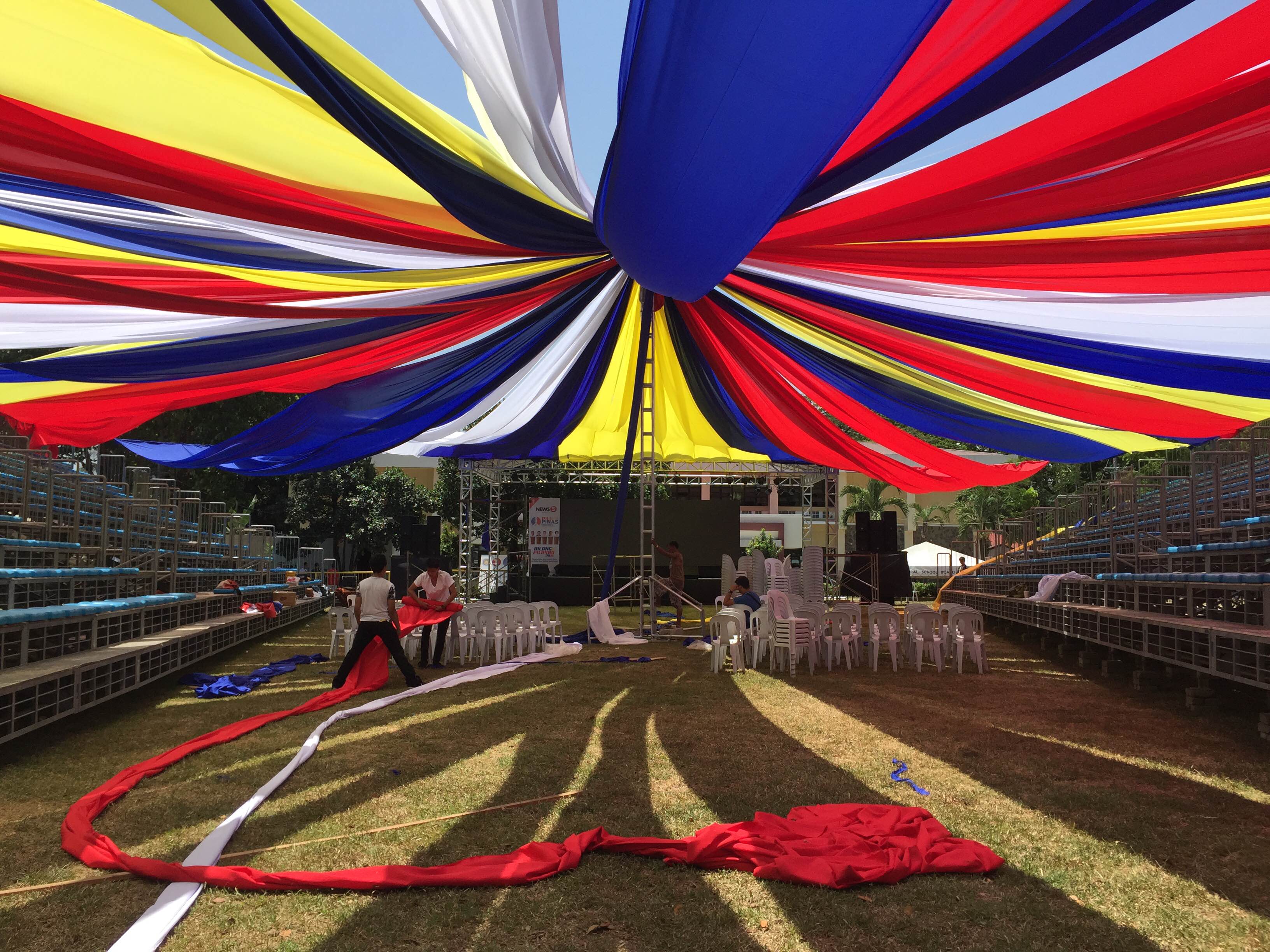 Lloren said the Lapu-Lapu city government provided the bleachers for the activity while TV5 helped with decorations and booths. 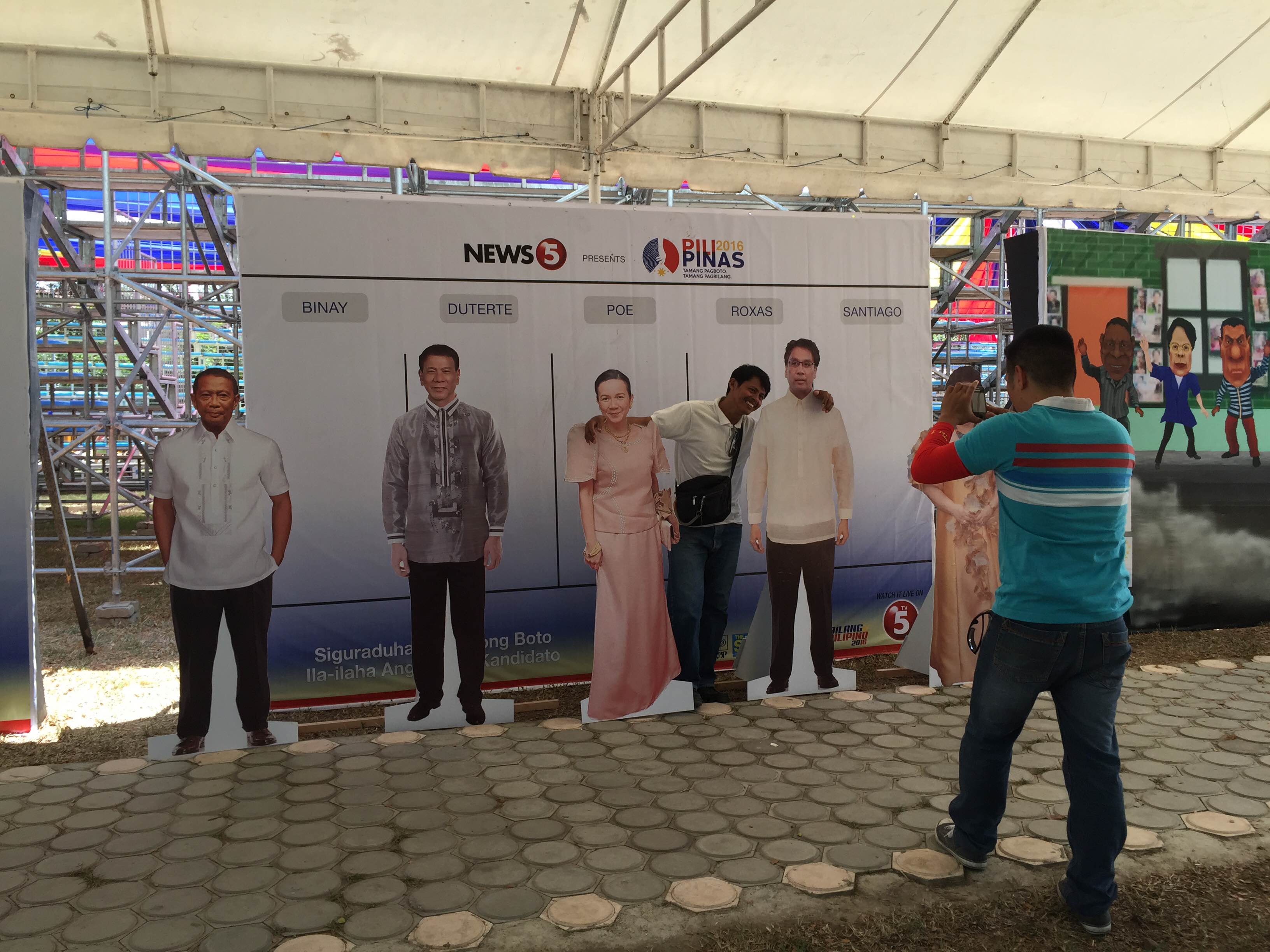 The area can seat about 1,500 people, which include delegations from several Cebu schools, civic groups, and non-governmental organizations invited by UP Cebu.

Some tickets have also been raffled to attendees of two election-related symposia recently organized by the university.

Lloren said 200 more tickets will be given to Twitter users who will tweet the best answers to the question, “Who would you vote as president and why?” The official hashtag for the activity is #WiseUPCebu2016. 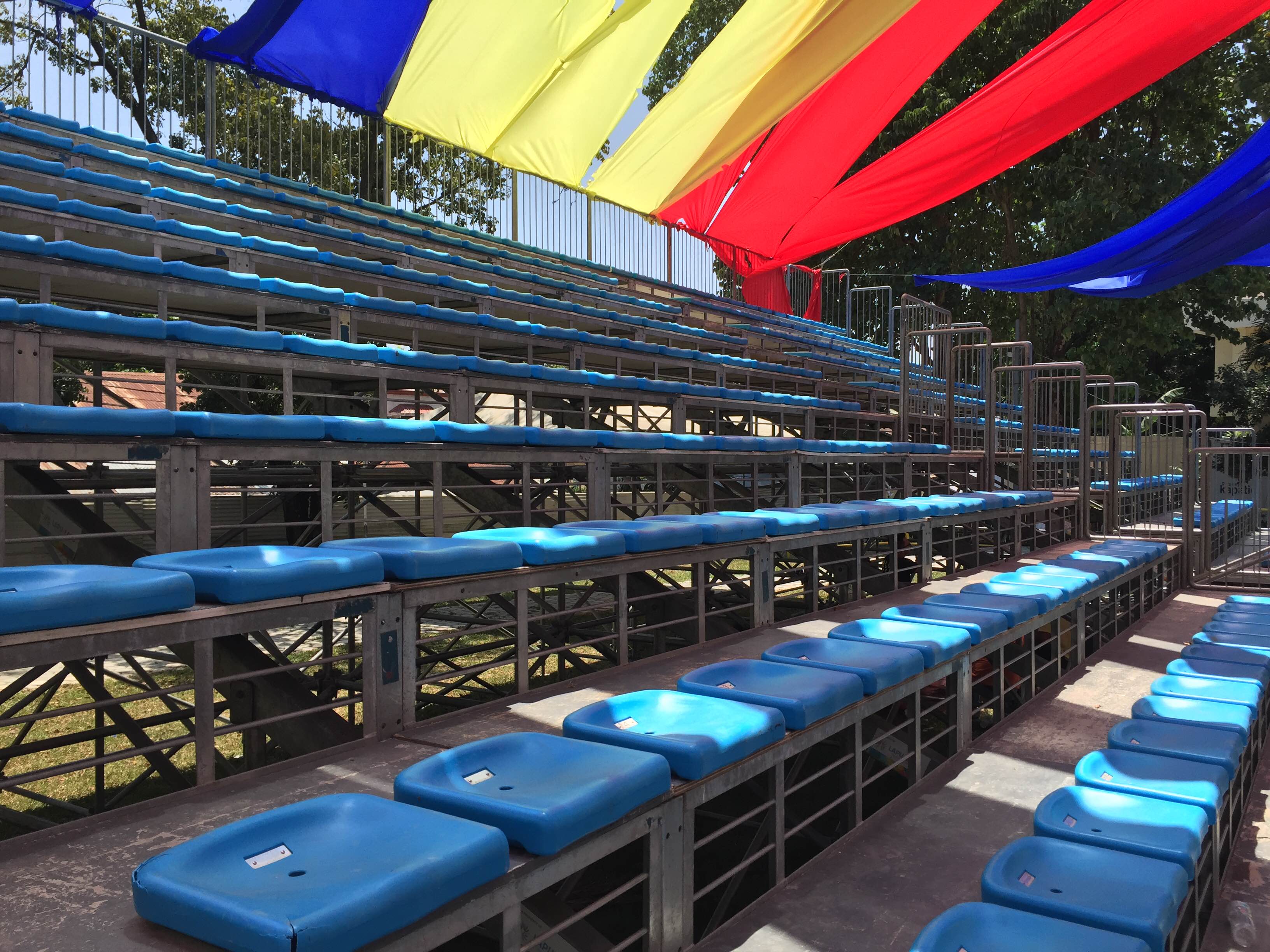 A separate football field at UP Cebu’s high school grounds across the street will seat the supporters of every candidate. They will be able to watch the event through LED screens. 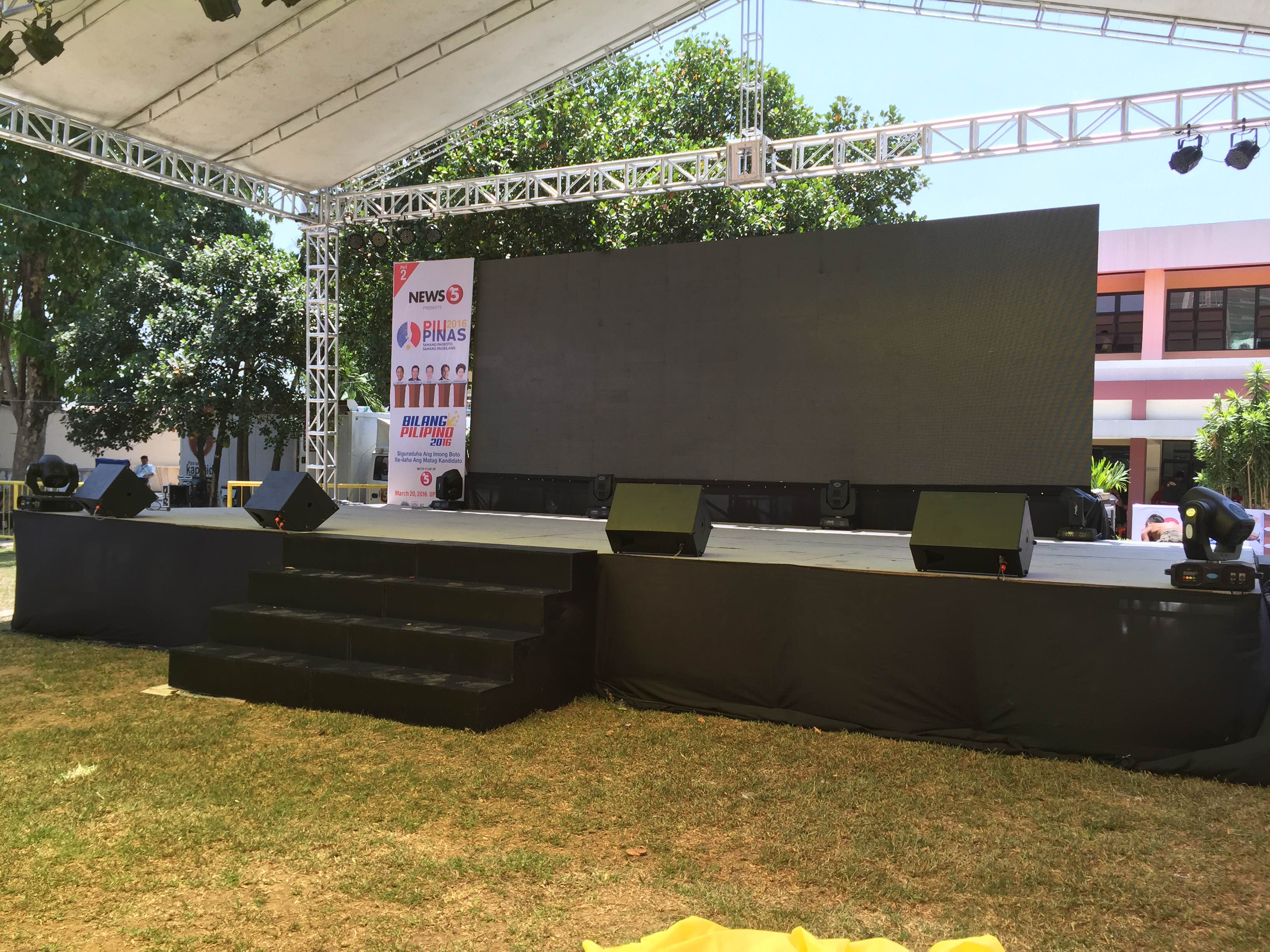