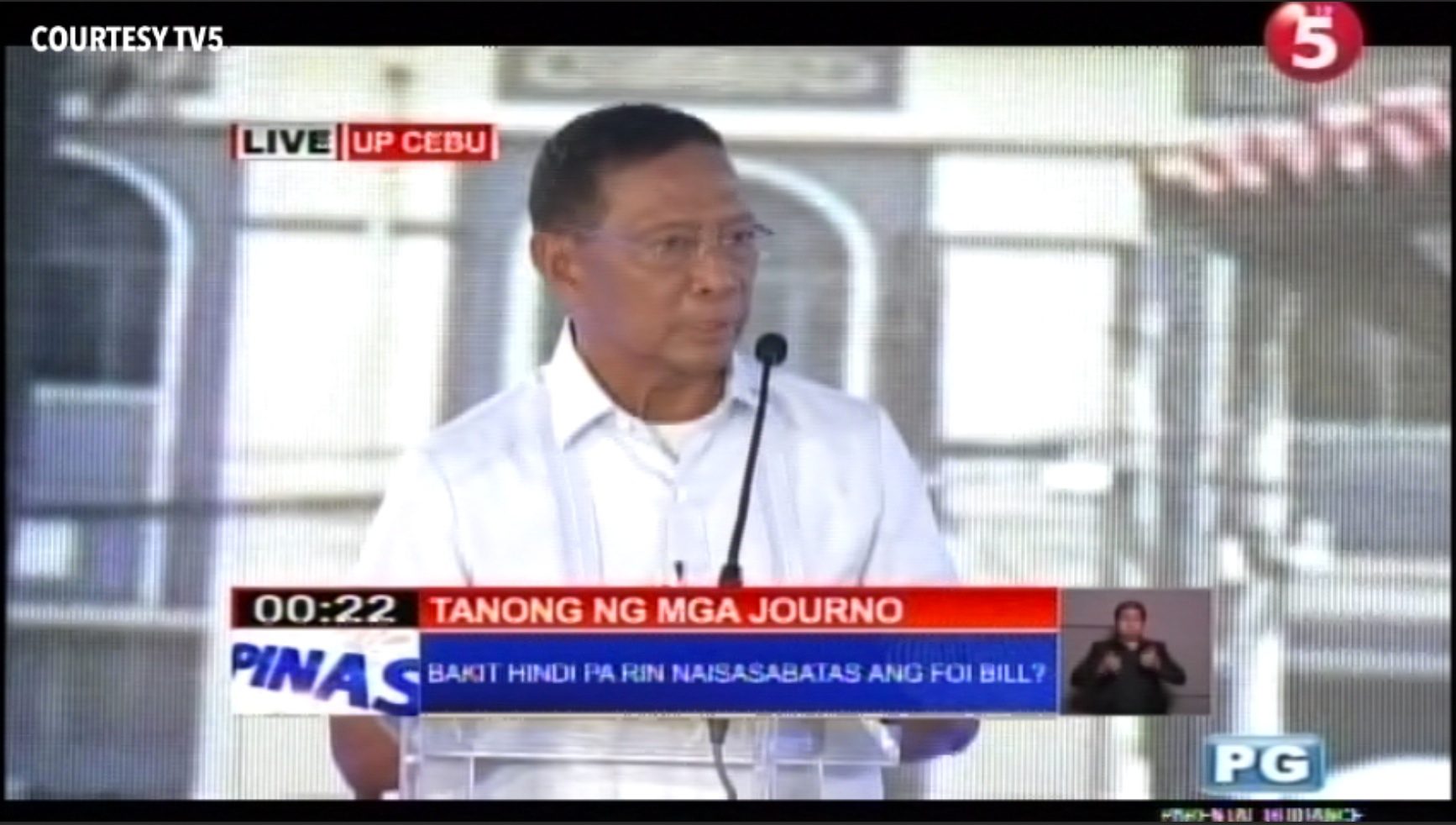 MANILA, Philippines – So those were the documents he wanted to bring to the debate.

Questioned by rivals about the sincerity of his vow to pass a Freedom of Information (FOI) law if he is elected, Vice President Jejomar Binay brought out a paper and challenged his rivals to sign with him a bank secrecy waiver during the 2nd presidential debate in Cebu on Sunday night, March 20.

It was not the first time Binay made this challenge. A week before this, his camp challenged his opponents for the presidency to allow the Anti-Money Laundering Council (AMLC) to examine their bank accounts, including those of their relatives and close associates.

It was, however, the first time he moved to sign a document.

Plagued by corruption allegations, Binay brought to the Cebu debate documents to as proof of his “lifestyle” and “executive performance.”

Moderator Luchi Cruz Valdez of TV5 asked the Vice President to set aside the documents, to adhere to the Commission on Elections’ rule that no papers are allowed at the debate. Arguments between candidates over this rule delayed the start of the program for about one and a half hour.

“Pangako ko po, sa lalong madaling panahon…palalabasin ko po ang FOI (I promise, in the soonest possible time… we’ll pass the FOI law),” said Binay during the first round of the debates mounted by Comelec media partners TV5 and Philippine Star at the University of the Philippines-Cebu.

The FOI and transparency, said Binay, is the answer to “graft and corruption.”

Senator Grace Poe doubted Binay’s statements, pointing out that the Vice President did not face the Senate Blue Ribbon sub-committee that probed allegations of corruption during his time as Makati mayor. – Rappler.com