Mar 29, 2016 4:39 PM PHT
Facebook Twitter Copy URL
Copied
Globally, the winds of change are blowing and there are signs that transitioning to renewable energy is underway. The next president must chart a low-carbon future.

Four out of 5 presidential candidates have vowed to pursue the development of renewable energy (RE) in the Philippines.

Except for Davao City Mayor Rodrigo Duterte, who slammed the anti-coal position of UN and developed countries as “hypocritical,” the other candidates – Senators Grace Poe and Miriam Defensor-Santiago, former local and interior government secretary Manuel “Mar” Roxas II and Vice President Jejomar Binay all said they will see to it that the promise of RE as a major source of energy will be fulfilled under their leadership.

This is commendable especially as the Philippines has led the call for ambitious steps to reduce greenhouse gases in the 2015 UN climate change talks. It has identified energy as one of the sectors from where the country will slash its carbon footprint to meet its 70 percent emission reduction goal by 2030 relative to business-as-usual levels. 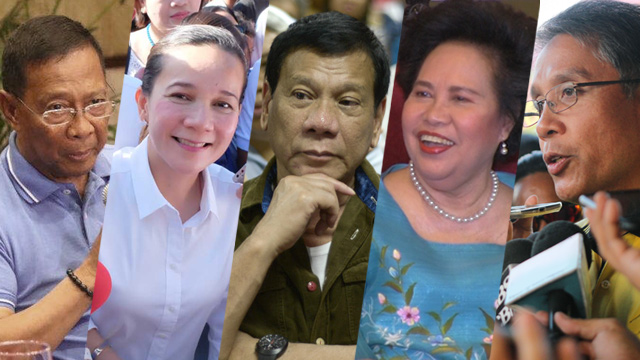 The contenders, however, missed a major chance to explain how they intend to make RE work in the second presidential debate held on March 20.

If the next president will get serious in building an energy regime anchored on RE, they must tackle the following:

1. Make RE attractive to the public so that even if it initially makes them pay additional costs, they will support it and see its benefits in the long run

The Philippines has two main policies for buoying RE: the feed-in-tariff (FIT) and the Renewable Portfolio Standards (RPS). Both will put a dent on the pockets of consumers.

The FIT is levied against those who pay for electricity and is extended to those who invest in RE to help the latter recover from high upfront development costs. The RPS, on the other hand, requires producers to source portion of their energy from RE. Once implemented, former National Renewable Energy Board chairman Pete H. Maniego Jr said that this would create an extra financial obligation to consumers.

The Energy Regulatory Commission issued an order in October 2014 approving the addition of 4 centavos per kilowatt hour (P0.0406/kWh) to electricity bills as part of the FIT allowance (FIT ALL). Lawyer Remigio Michael Ancheta has questioned this before the Supreme Court, saying that the ERC has allowed the National Transmission Corporation to charge the additional P0.04 even if the RE plants are not yet operational.

What has to be clarified, however, as explained by Ben Kritz in the Manila Times, is that the tariff will be reduced from 0.5 percent (for wind, biomass and run-of-river hydropower projects) to as much as 6 percent (for solar power) after the FIT has been implemented for 1-2 years.

The report, “Renewable Energy in the Philippines: Costly or Competitive? Facts and explanations on the price of renewable energies for electricity production” also highlighted why paying more for RE is ultimately worth it: it has lower external costs, meaning its negative effects on the environment are comparably lesser to those generated by fossil fuels such as coal.

EPIRA was passed in 2001 as a response to the power crisis that plagued the Philippines in the 1990s. The law led to the privatization of bulk of state-owned power generation and transmission assets.

Since power generation was driven by the private sector, the primary choice has been coal, as it is the “least cost, fastest and biggest supply choice so far,” as stated by Energy Secretary Zenaida Monsada. Environmental groups such as The Philippine Climate for Justice Movement and Kalikasan People’s Network for the Environment said this bolstered the increase in coal-fired power plants, with over 50 now in the pipeline.

This has sparked calls for EPIRA to be revisited to give the government the power to step in and develop its own generation plants, essentially preventing the cheapest option for the market to be the dominant energy source.

The country remains heavily dependent on fossil fuels, with coal and oil comprising nearly half of its energy mix. Global think-tank and consultancy firm IHS estimates that coal will take up about 56 percent of the Philippines’ power mix by 2020.

The more than 50 coal-fired power plants expected to be operational pose a major challenge to the country’s commitment to reduce its carbon emissions by 70 percent by 2030.

The next administration must solve the conundrum of honoring its pledge and ensuring that the new coal plants will not undercut efforts to fulfill its commitment.

4. Solve the Mindanao power problem through RE

An estimated 16 million Filipinos have no stable and sustained access to energy – a reality that Mindanao residents confront nearly every day, especially during the dry season. Rotating brownouts last 2-3 hours on average, affecting productivity and the competitiveness of small businesses.

A Philippine Institute of Development Studies (PIDS) paper, written in 2012 by senior research fellow Adoracion Navarro, traced the roots of the Mindanao power problem to the region’s dependence on hydropower, which generates 51 percent of Mindanao’s energy needs. This makes the region’s power system highly vulnerable during periods of drought.

It is important to note that half of the country’s 10 poorest provinces are in Mindanao. Among the factors that threaten the region’s potential to leapfrog into development is deficiency in reliable power supply. The next president must thus establish immediate and long-term solutions to address present and future generation capacity shortfalls.

Can RE bridge the gap, or will the country resort to building more coal plants like the one that recently opened in Davao?

The next president must prioritize energy security in Mindanao, ideally through renewable sources. If left unaddressed, the crisis will continue dimming the competitiveness of the region over the long term.

Investors need capital. In India, 30 banks and financial institutions have committed to set aside $57 billion for financing RE projects by 2021-2022. Here in the Philippines, some banks have allotted loans for RE development, such as the Bank of the Philippine Islands which has put P11 billion in a loan portfolio for energy efficiency and RE projects.

More banks must provide this financial boost to RE companies and the next president can inject vital confidence by ensuring that the government has steady policy schemes and support for RE development.

Globally, the winds of change are blowing and there are signs that transitioning to RE is underway. Last week, the UN Environment Programme (UNEP) issued a report saying that RE investments hit a record high in 2015. This March, Scotland just shut down its latest coal plant. Bhutan announced it has achieved not just carbon neutrality, but also carbon negativity.

Creating the right investment climate and incentives for RE, plus having a firm grasp on the need to shift to renewables are key elements that would help the Philippines’ next leader chart a low-carbon future for Filipinos. – Rappler.com

Purple Romero is one of 3 Climate Tracker fellows from the Asia and Middle East reporting about the Intended Nationally Determined Contribution or INDCs.

Sophia Dedace is taking up a masters degree in public management at the Ateneo School of Government and was a former communicator for a global environmental conservation organization.