Apr 1, 2016 10:18 AM PHT
Rappler.com
Facebook Twitter Copy URL
Copied
The administration standard-bearer talks about his plans for the peace process 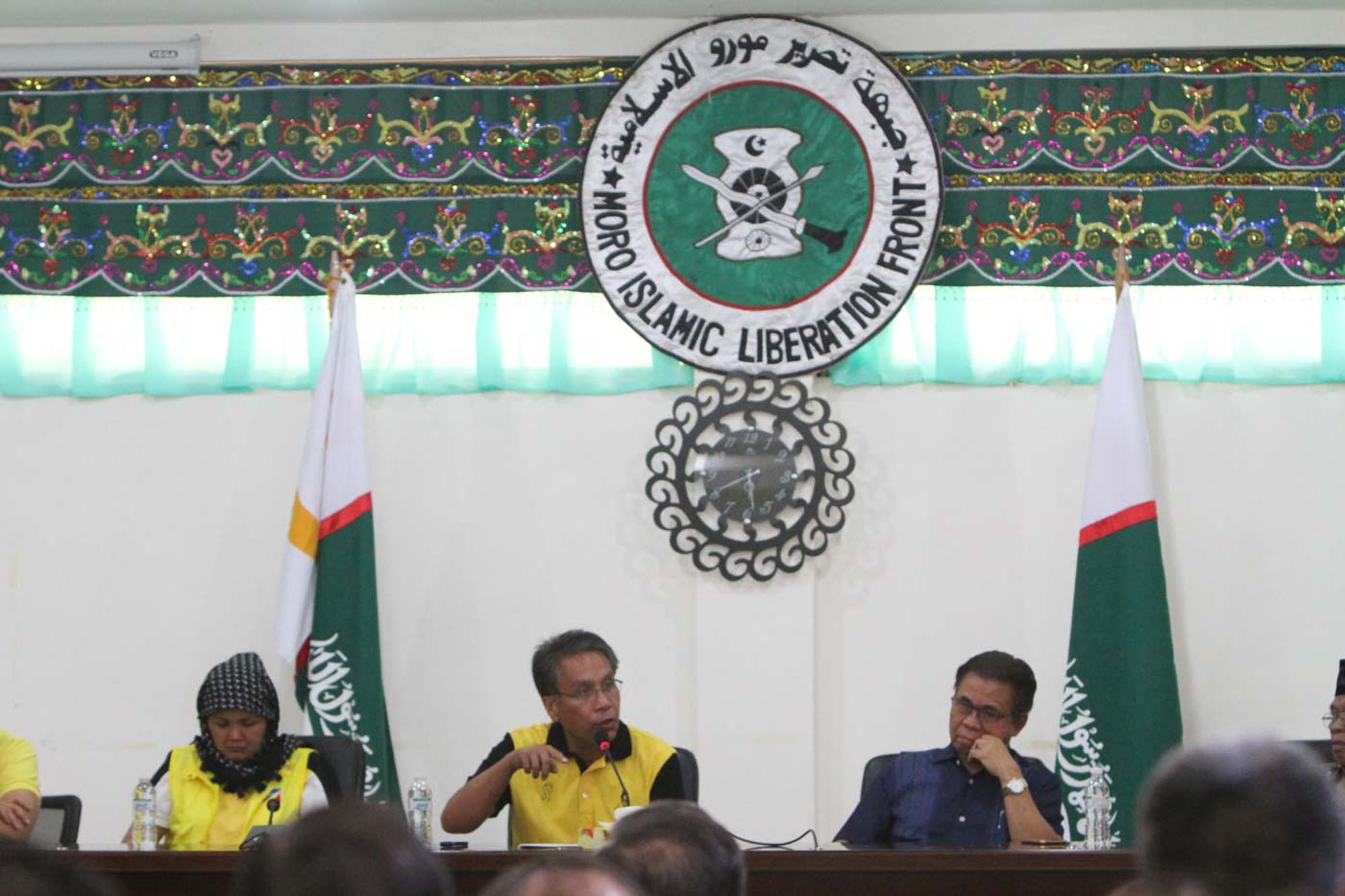 COTABATO CITY, Philippines – Liberal Party (LP) standard-bearer Manuel Roxas II brought his campaign down south on Friday, April 1, as he campaigned in Cotabato City and the province of North Cotabato.

The administration bet’s key message during his visit was clear: his plan for the ongoing peace process and his commitment to continuing the long-awaited peace deal his party mate and President Benigno Aquino III started. 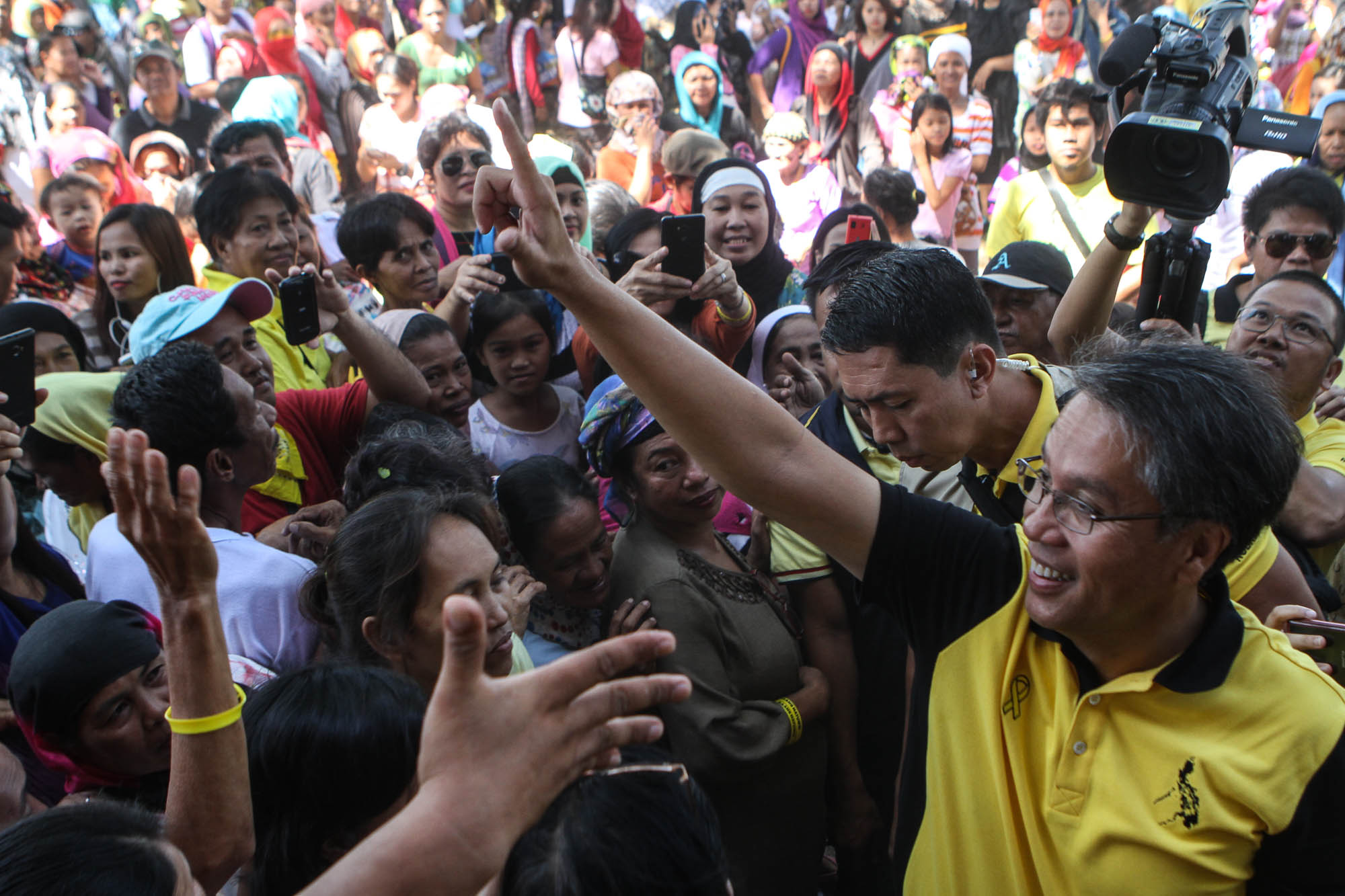 In Cotabato City, Roxas attended a gathering of women’s groups in Barangay Kalantungan, once a witness to war and conflict. In North Cotabato, Roxas attended multi-sectoral gatherings in the towns of Pikit and Kabacan. 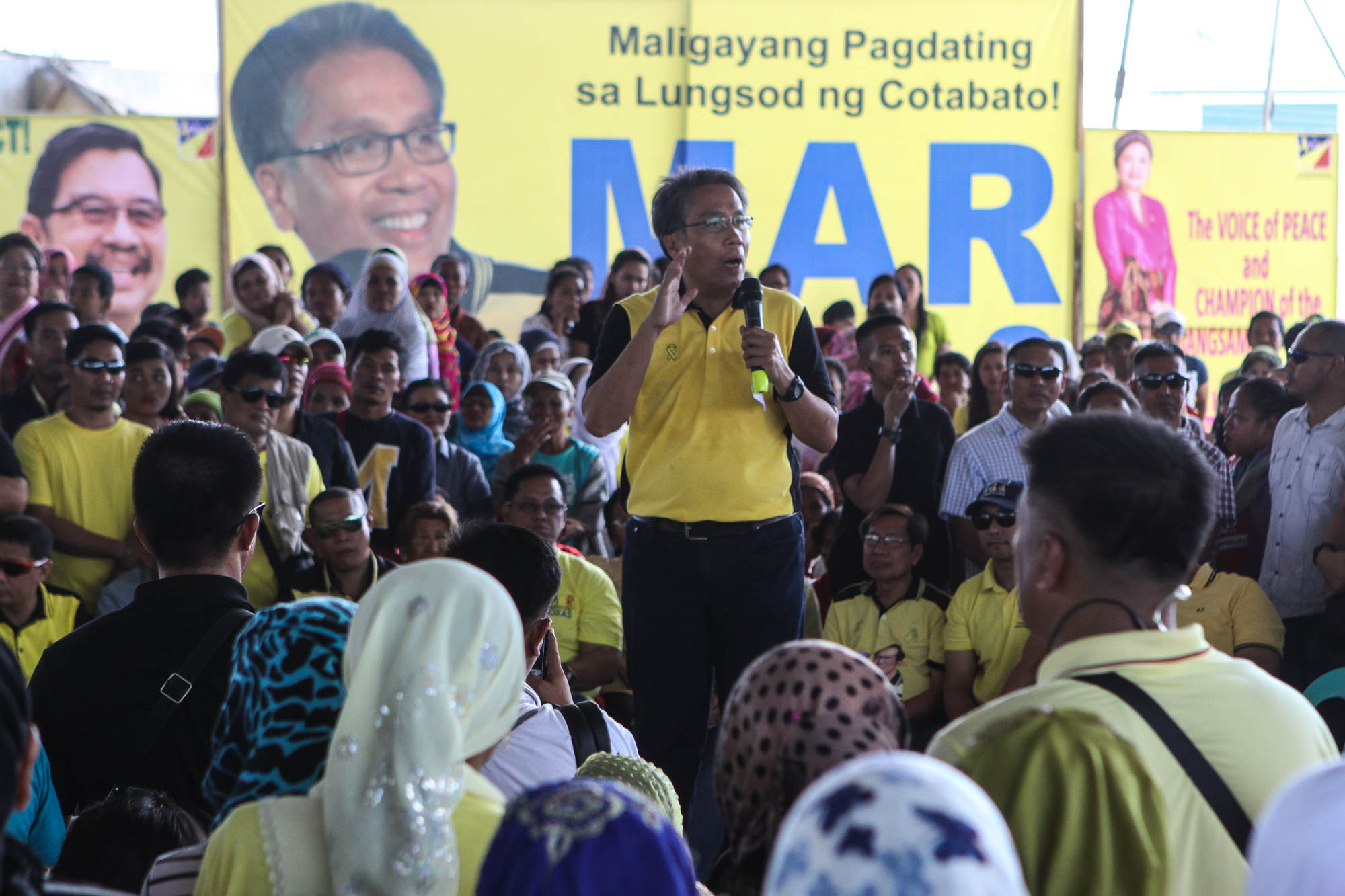 The highlight of the Thursday sortie was a forum with the Friends of Peace, an organization composed of religious groups, academics, and civil society groups convened by Cotabato Archbishop Orlando Cardinal Quevedo. (READ: In Cotabato, Roxas asked to explain ‘Muslim na mananakop’ line) 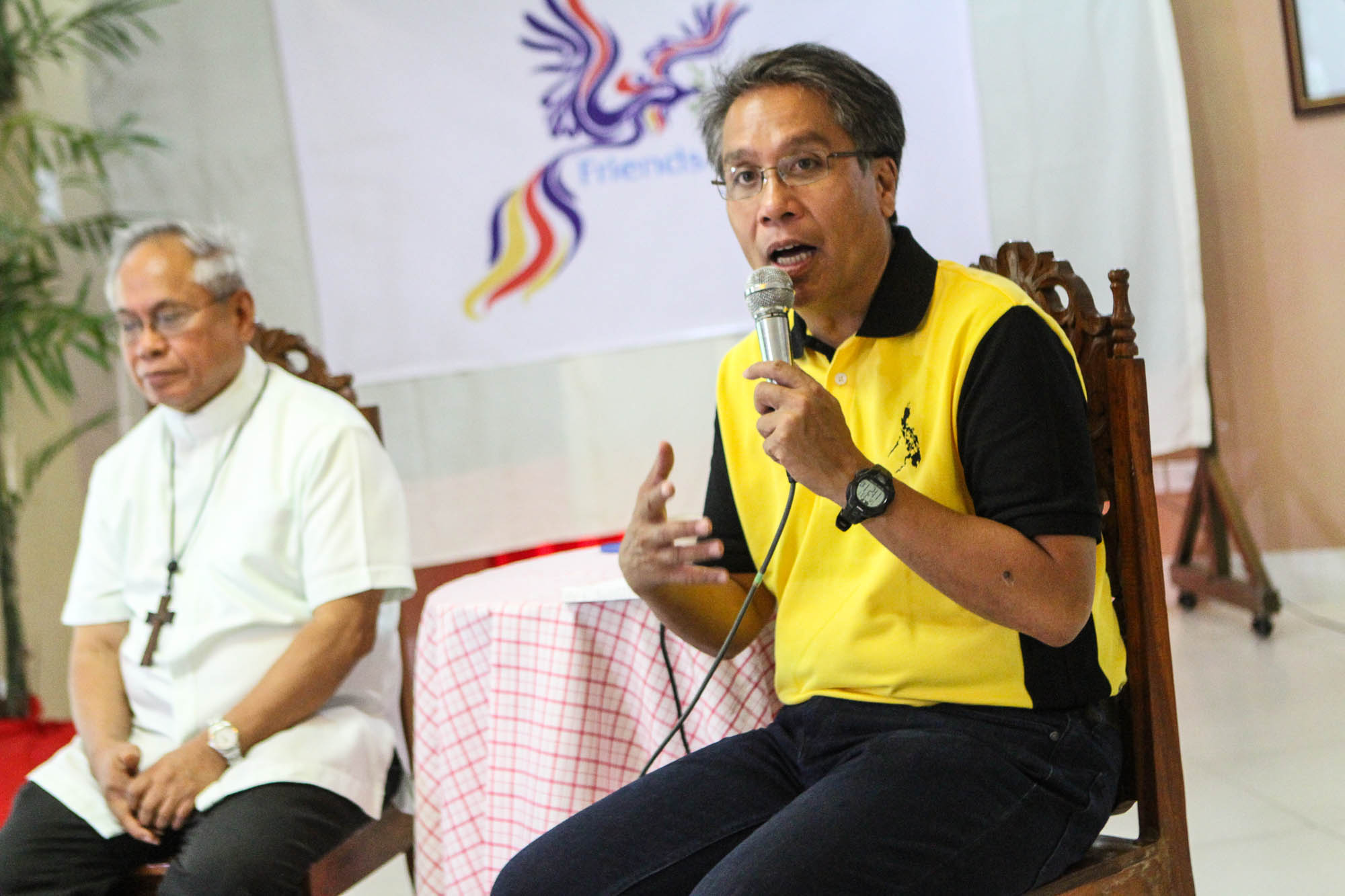 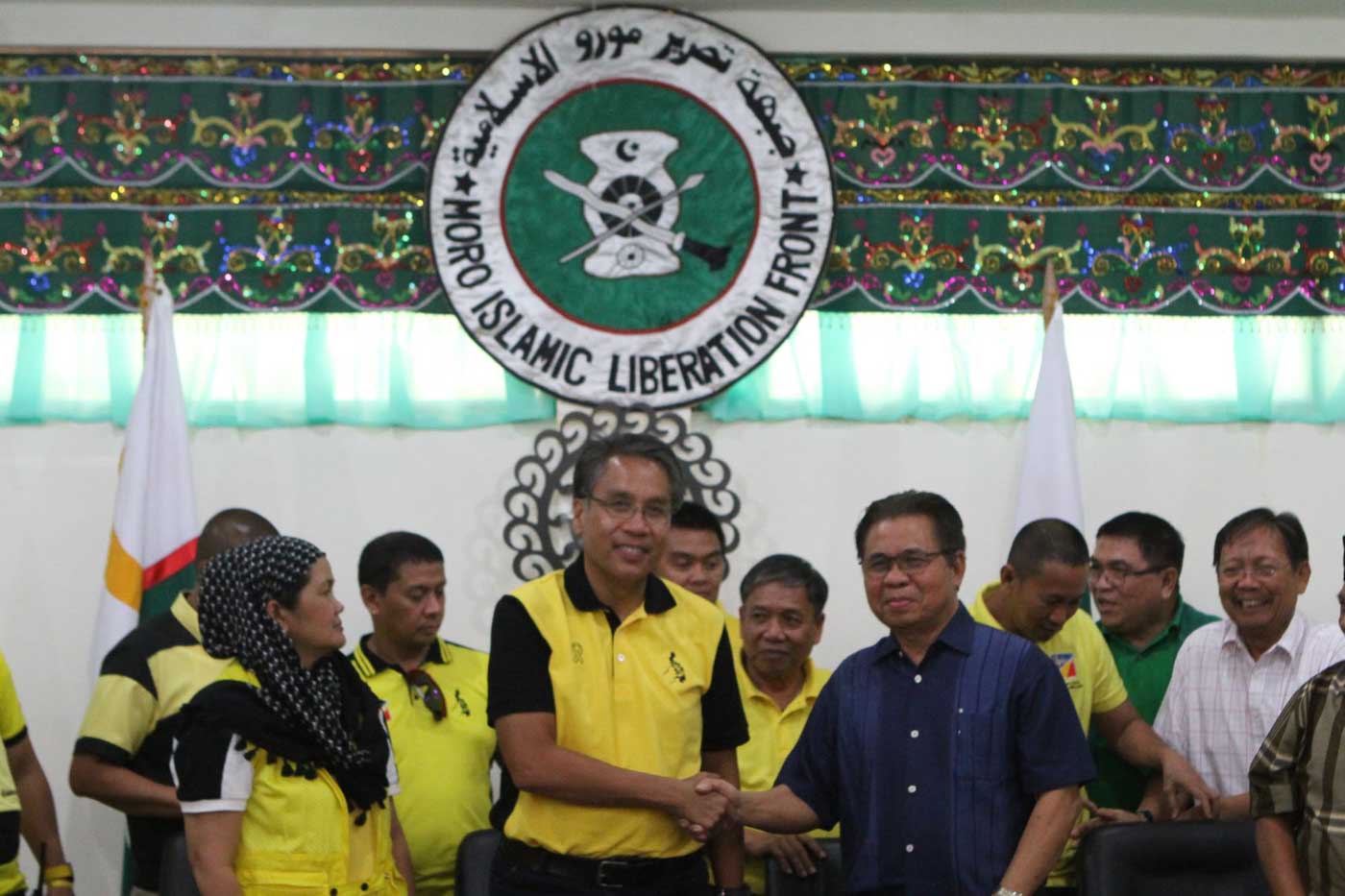 The ARMM region, according to a Laylo opinion poll, is predominantly for Davao Mayor Rodrigo Duterte. Some 45% of those surveyed said they would vote for the lone Mindanaoan in the presidential race. He is trailed by Senator Grace Poe, Vice President Jejomar Binay, and then Roxas.

Cotabato City is part of the SOCCSKSARGEN region but is also the regional center of the ARMM. – Rappler.com