Trillanes to ‘stick to identity’ in upcoming VP debate 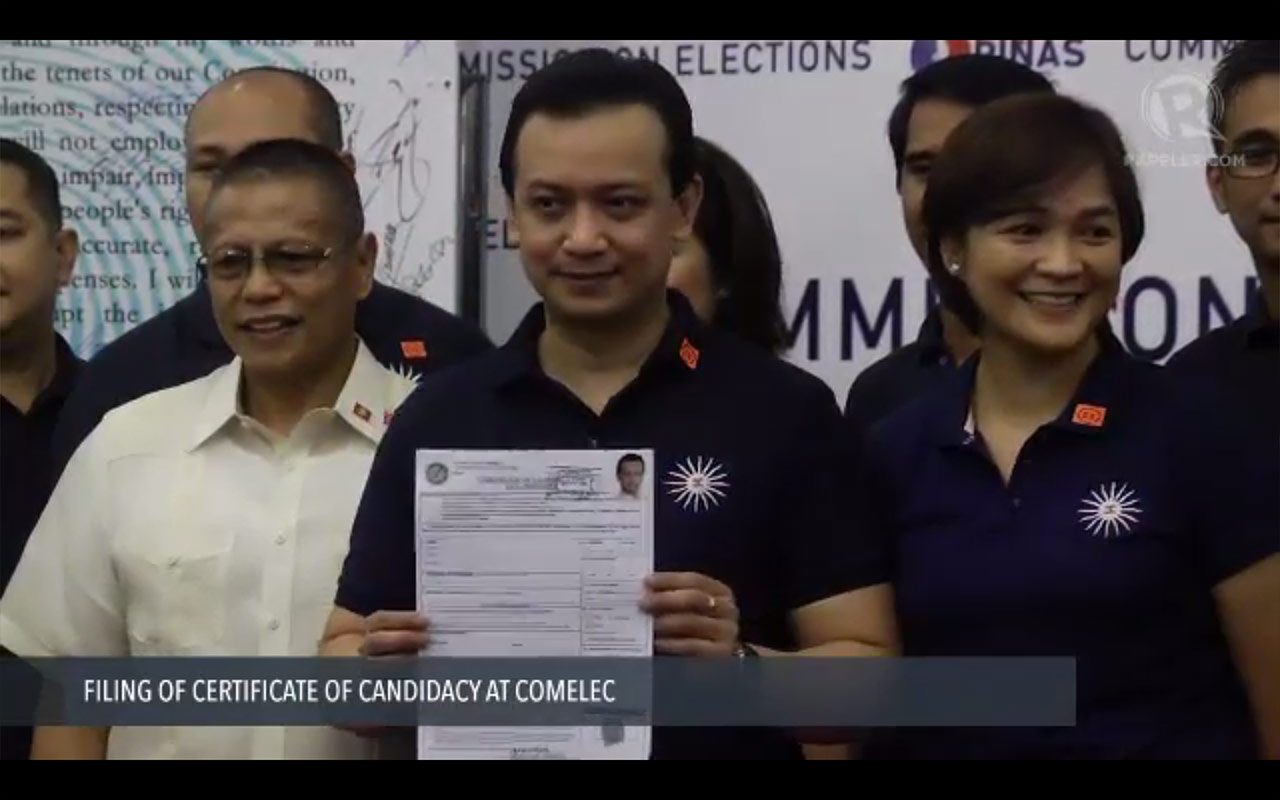 Facebook Twitter Copy URL
Copied
The navy officer-turned-lawmaker is lagging behind in preferential polls, but he says he is coming prepared for the vice presidential debate

MANILA, Philippines – He may be the odd man out, the vice presidential bet without a standard bearer, but Senator Antonio “Sonny” Trillanes IV vows to put up a fight in the upcoming vice presidential debate at the University of Santo Tomas.

It’s the first time all 6 contenders for the second highest office will face off on live television Sunday, April 10 – less than a month to go before the national elections. (READ: The Leader I Want: Antonio Trillanes’ to-fix list for 2016)

The vice presidential race is also closely watched by voters, especially with 3 candidates statistically tied for the top spot at this point based on the recent Pulso ng Bayan report by Pulse Asia conducted in March.

Trillanes placed last in that survey, with only a 5% voter preference rating – 1% lower from his February numbers. Still, the independent candidate is already gearing up for Sunday’s debate.

“I’ll try to find time in between sorties within the week to review and prepare for the debate,” he told Rappler.

Asked about his strategy, Trillanes said he will try to “stick to my own identity.”

“I’d be straightforward as always,” the senator added.

Sunday’s debate is Trillanes’ opportunity to convince the public why he should be elected as the next vice president of the Philippines, with a platform that focuses on restoration of peace and order, anti-poverty, and the fight against corruption.

All 4 are courting the 3 million voters in the Bicol region, which has a history of bloc voting.

Trillanes has the support of the Samahang Magdalo, a 500,000-strong socio-civic group that traces its roots to the Oakwood mutiny which the senator staged with other military officers in 2003.

The April 10 vice presidential debate will be organized by CNN Philippines and Business Mirror. – Rappler.com