Apr 10, 2016 6:07 PM PHT
Facebook Twitter Copy URL
Copied
Senator Alan Peter Cayetano criticizes Senator Marcos for denying that his family stole billions during the dictatorship, but the son of the late dictator says there is no basis to this claim 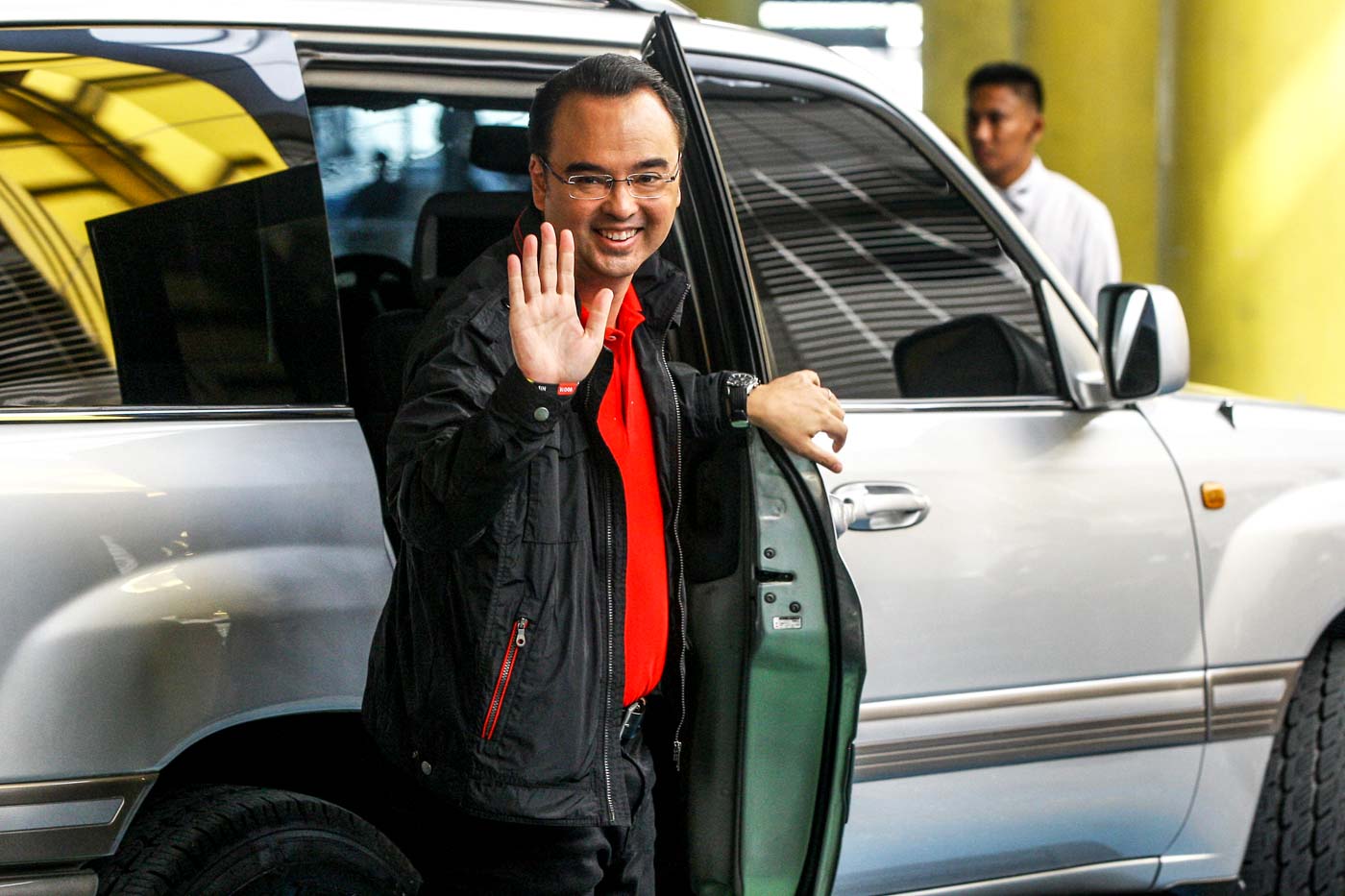 MANILA, Philippines – Senator Alan Peter Cayetano came out in fighting form during the first round of the vice presidential debate on Sunday, April 10, attacking Senator Ferdinand Marcos Jr on the corruption allegations and ill-gotten wealth amassed by the family of the late dictator.

During the first round of the debate, the vice presidential candidates were asked how they plan to fight corruption in government.

Cayetano took the opportunity to attack the senator on the alleged ill-gotten wealth amassed during the Marcos dictatorship.

“Marcos said there is no trace of corruption, but his family stole $10 billion,” Cayetano said in Filipino.

Cayetano also said that if Marcos is elected vice president, that amount may balloon to $100 billion.

Marcos, however, downplayed these claims, saying Cayetano’s numbers have no basis.

He repeated this question a second time after Cayetano again pointed to the amount recovered by the Presidential Commission on Good Government, and the continuing efforts to recover the Marcos wealth.

But Marcos said that he refused to attend hearings because it was being used for political motives.