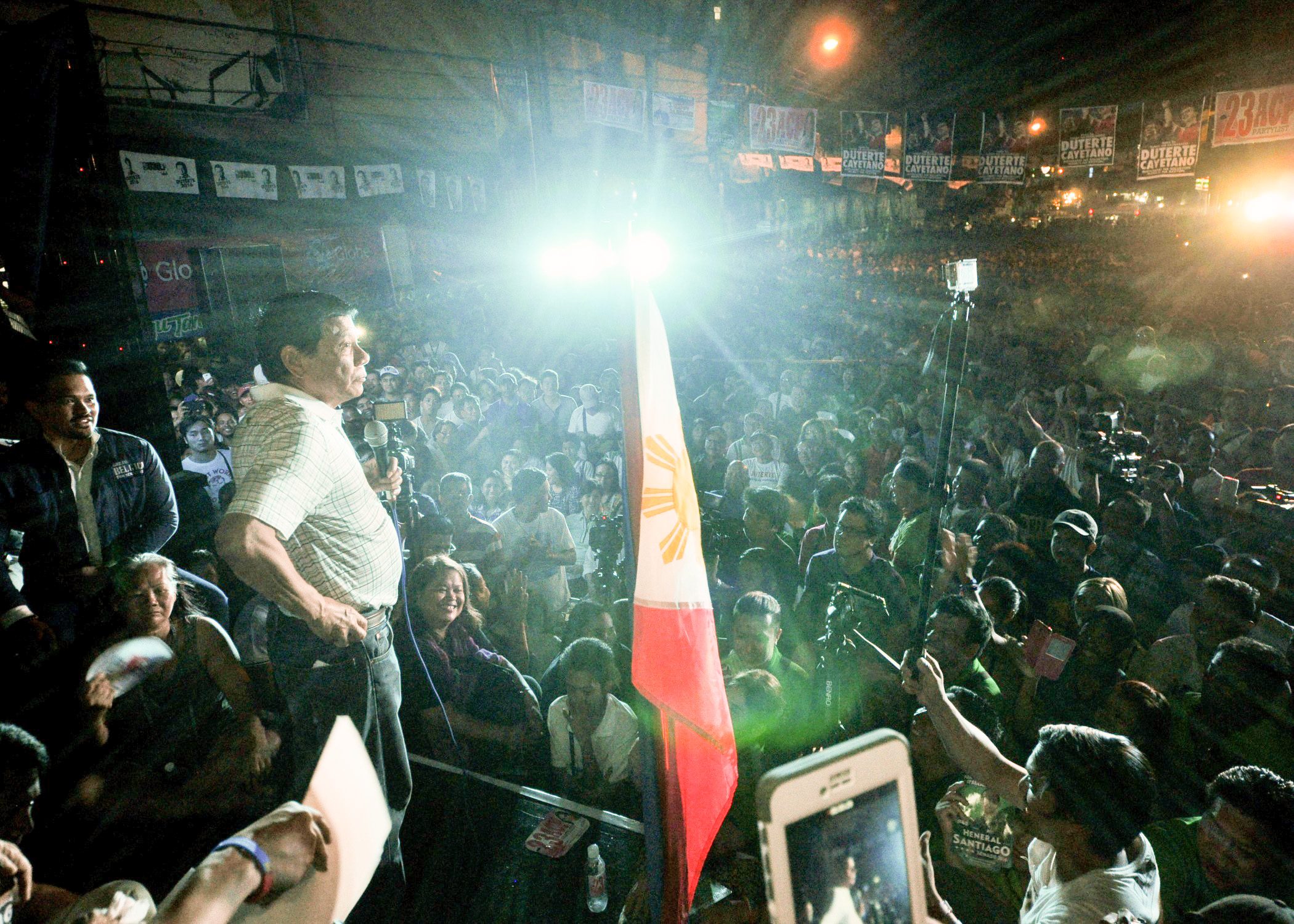 MANILA, Philippines (UPDATED) – Rodrigo Duterte outpaced his other rivals for the presidency in a new Social Weather Stations (SWS) survey conducted from March 30 to April 2.

According to survey results first published in BusinessWorld, the Davao City mayor gained the support of 27% of respondents, a 4 percentage-point lead over his closest rival Senator Grace Poe who had 23%.

With sampling error margins of +/-3, Poe, Binay, and Roxas are technically tied for 2nd place.

This is the first survey in which Duterte gained the lead instead of landing in a statistical tie with Poe.

The survey was done through face-to-face interviews with 1,500 respondents, 92% of whom are registered to vote on May 9.

Support for the Davao City mayor rose by 4 percentage points compared to the last SWS survey using face-to-face interviews. In that March 8-11 survey, 23% of respondents said they would vote for him. (READ: Voters looking for strongman leadership, empathy)

Compare this to Poe’s 6-percentage-point drop in this new survey. She went from 29% to 23%.

Binay saw a 2-percentage-point decrease in support, going from 22% last March to 20%.

Meanwhile, support for Roxas dropped slightly, from 19% last March to 18% this April.

Duterte’s spokesman Peter Laviña said the new SWS survey “affirms the other surveys that have Duterte in the clear lead in the presidential race.”

He said the increase in support is likely the product of efforts “not just by our candidates and campaign teams but most importantly by our volunteers and support groups here and abroad.”

“We shall continue this campaign to gain even more support and be vigilant to thwart attempts to frustrate the true will of our electorate,” he added.

But Duterte’s campaign manager, Leoncio “Jun” Evasco, said the campaign team will not be complacent: “It is not over until it is over.”

The Maribojoc mayor and former chief of staff of Duterte urged supporters and volunteers to “make sure the support and the results of the surveys are translated into votes.” – Pia Ranada/Rappler.com