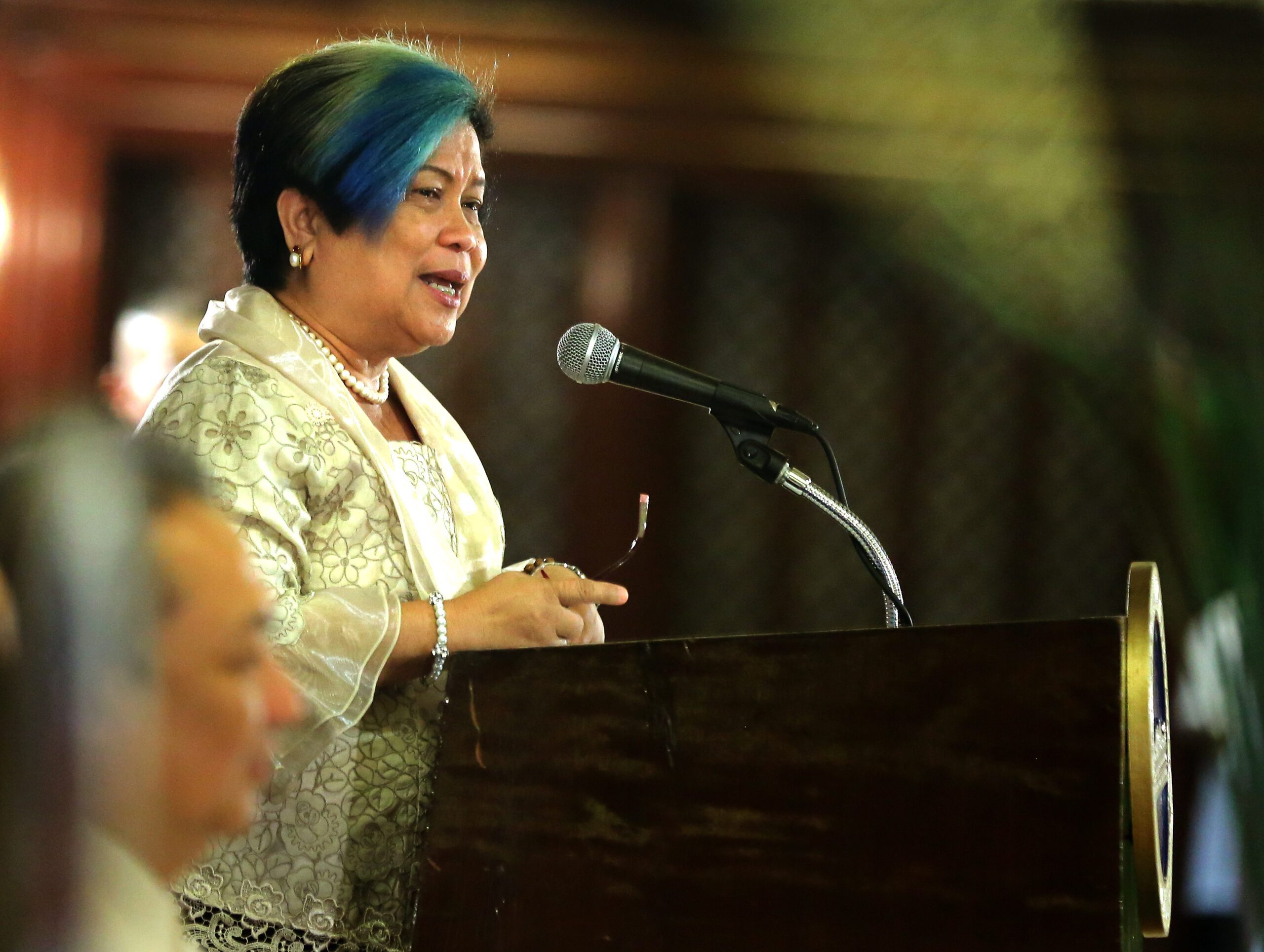 (Many promise to continue the 4Ps. Who are they? These are the critics, those who don’t understand… they said Pantawid is alms.)

The 4Ps is the current administration’s flagship anti-poverty project, a conditional cash transfer program that covers over 4.4 million households.

According to a survey, an overwhelming majority of Filipinos – 4 out of 5 – would vote for a candidate who promises to continue 4Ps.

In an interview with Rappler before the program, Soliman pointed out that Roxas and Robredo’s rivals – once staunch critics of the program – immediately changed tune when the survey came out.

“What concerns me most and I’m explaining this to Pantawid (beneficiaries) is that they are promising what is already a truth in the hands of the people. The change is there and they know that. But worse, they are promising things that they will do with the program that will compromise he actual objective,” Soliman told Rappler.

On stage, Soliman hit a candidate who she said wants to take the conditions out of the program. Speaking to Rappler, Soliman said this was vice presidential candidate Senator Francis Escudero’s proposal.

“Making it unconditional is making it a dole-out. I think that defeats the purpose of behavioral change. The parent leaders themselves, when I asked them: is it okay that we take away conditions? They said no because it’s a contract with government. And they want the dignity that comes with it,” she told Rappler.

Soliman also hit presidential candidate Vice President Jejomar Binay for promising to expand 4Ps to senior citizens, pointing out that the elderly are already covered by the social pension act.

(Why are we listening to people who have done nothing but criticize the program, but are now promising to do it?)

All candidates for the presidency and vice presidency have promised to continue or expand the 4Ps program. – Rappler.com