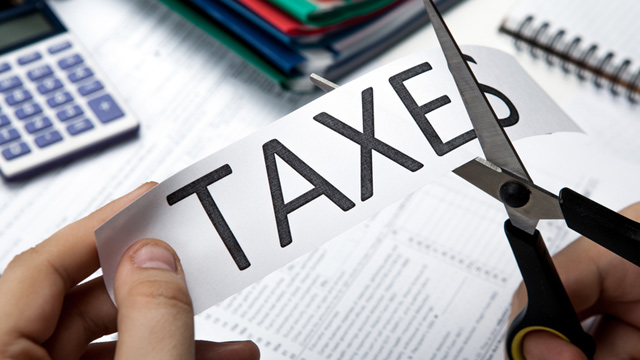 MANILA, Philippines – Two presidential candidates have promised outright tax exemptions for low-income earners, but for economists, the Philippines needs a more comprehensive overhaul of the 19-year-old tax system to make it more equitable for all economic classes.

Should Davao City Mayor Rodrigo Duterte win the presidency, those earning P20,000 and below won’t have to pay income taxes. Vice President Jejomar Binay’s own campaign promise pegs the amount at P30,000 and below. Senator Miriam Santiago, meanwhile, wants to reduce the maximum personal income tax rate from 32% to 25%, and to cut the corporate income tax rate from 30% to 25%. (READ: Plans and promises: Presidential bets on taxation)

The proposals favor low-income earners on the one hand, and corporate taxpayers on the other. For former national treasurer Leonor Briones, this leaves the Filipino middle class bearing the burden of the amount that has to be regained, estimated at P30 billion.

While Briones favors reducing the tax burden of lower income groups, she said that this cannot be a standalone measure. It must be accompanied by the identification of alternative sources to recoup the revenue shortfall.

The Philippines has the second highest personal income tax (32%) and highest corporate tax (30%) systems among its ASEAN neighbors. (READ: Why PH has 2nd highest income tax in ASEAN)

But Mendoza said that while the Filipino middle class is overtaxed, the Philippines’ tax effort is well below that of other countries.

He added that proposals to reform the tax system should not simply be a populist move, but should be hinged on competitiveness and fairness, to make the country at par with its ASEAN peers.

Aside from making promises to cut down taxes, the 5 candidates for the presidency have not yet presented detailed plans on how they plan to address the shortfall that their proposals will generate.

During the second presidential debate in Cebu, Binay said that his tax exemption proposal would be accompanied by a “compensatory” measure, but did not elaborate.

In earlier statements, he said that he would address the shortfall by selling government assets and fighting smuggling and inefficient tax collection. He also claimed that the government has “trillions” in savings it does not spend, and said that the administration is “guilty of underspending.”

Both Briones and Mendoza cast doubts on Binay’s claims of trillions in government savings. Mendoza, however, acknowledged that the current administration’s underspending is a problem, although he preferred to describe it as “slow spending.”

The problem, he said, was that government officials are now hesitant to spend on projects because of fears that they will be subject to state audit later.

He added that there is also a lack of a skilled pool of government officials who can funnel limited government funds into the right programs.

“What you want is disciplined, well-programmed spending…. There is no punishment to not spending, and that’s the problem,” Mendoza said.

He added, “What you want to do is to incentivize good spending by getting good people.”

“That can only be one, but that won’t cover everything. We’ve sold everything we could sell, all our big-ticket items, like the Philippine Airlines, were sold during the time of [President] Cory [Aquino],” she said in a mix of English and Filipino.

The candidates also promise to address the needs of the public by providing quality social services. But the Aquino administration earlier warned against tax exemption proposals, citing its supposed effect on social services – a stance echoed by administration standard-bearer Manuel Roxas II.

Mendoza said politicians are promising mega projects and services “while crippling the ability to provide for them.” For him, tax reforms must take into account the overhaul of the entire system. He said that the Philippines will end up “digging a deeper trap” if the tax proposals only cover outright exemptions with no alternatives, because this may affect how international lenders and investors perceive the business climate in the country and the Philippines’ ability to pay back loans.

Instead of outright tax cuts that might worry investors, Mendoza proposed tweaking the system by lowering tax rates across different economic classes and introducing new taxes that would also hit other public policy goals. One example of this is the soda tax imposed in New York several years ago, which also served as a public health measure.

At least 24 bills have been filed in Congress to amend the current tax system. With candidates now including tax proposals as part of their campaign promises, Mendoza believes that major reforms could be initiated within the new president’s first two years in office. – Rappler.com