Apr 22, 2016 9:00 AM PHT
Jee Y. Geronimo
Facebook Twitter Copy URL
Copied
What can the presidential candidates do for higher education, especially in the context of the ASEAN integration and the full implementation of the K to 12? 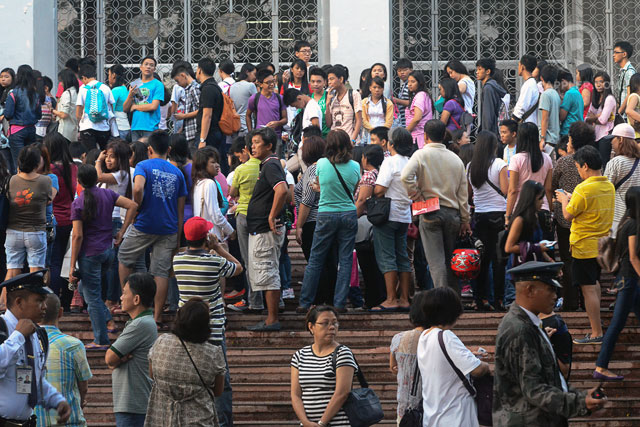 MANILA, Philippines – No promise can be more timely on the campaign trail than on involving education. After all, the country is transitioning into the full implementation of its biggest education reform yet: the K to 12 program.

While mainly a basic education reform, the K to 12 will also impact higher education in the country. Displacements of college workers are expected starting 2016, while a new general education curriculum will be introduced starting 2018.

The program received its share of flak, with cases filed against it before the Supreme Court. At least two presidential candidates vowed to review its implementation, but no concrete plans have been laid out so far on how to help the higher education sector during the K to 12 transition period.

Promises for higher education dwell more on the usual: granting more scholarships and increasing the budget for state universities and colleges (SUCs).

One of the unique promises comes from Senator Grace Poe, who said her administration will make sure all students will enjoy free tuition fees in all SUCs nationwide.

“Usually [during] election time, you hear all kinds of promises. It’s really the election air. People should realize whether it will be effective or not. Because [if not], it will remain empty promises.”

At least two other senatorial candidates promised the same: Valenzuela Representative Sherwin Gatchalian and former Akbayan Representative Walden Bello. Their only difference is in the amount needed to make it happen: P15 billion for Gatchalian, and P150 billion for Bello.

Gatchalian said even doubling the amount to P30 billion is still a “drop in the bucket,”, considering the hundreds of billions previously allotted for lawmakers’ Priority Development Assistance Fund and Malacañang’s Disbursement Acceleration Program that can now be channelled to SUCs.

But former national treasurer Leonor Briones said the proposal cannot be supported now “with the kind of budget that we have.”

“We follow what the Constitution says, that the highest level of expenditure should be for education. But is it within the recommended standard, international standards that so many percent of your GDP has to be spent for education?” Briones, lead convenor of budget watchdog group Social Watch Philippines, said in a mix of English and Filipino.

“No, we’re still far from that. I’m for public support of education, except that we don’t have the resources for it.”

In her interview with Rappler, Briones said that whoever wins the presidency in the May polls will have to work within the national budget created under the Aquino administration for at least two years.

For Commission on Higher Education (CHED) Executive Director Julito Vitriolo, the feasibility of a tuition-free policy goes beyond the issue of fiscal space.

After senators proposed during the 2015 budget deliberations to source funds that will cover the tuition of undergraduate students in SUCs, CHED came out with a position paper explaining why they don’t think it’s a good idea.

The 5-page position paper said government subsidy for the deserving poor must be higher than for non-poor students, whereas a tuition-free policy will likely result to a massive exodus of students from private higher education institutions (HEIs) to SUCs.

This exodus, CHED said, “would aggravate an impending crisis in private education” due to the impact of the K to 12 transition.

“A free tuition policy in SUCs without corresponding support to deserving private HEIs would be tantamount to a de facto state policy of cutting down private HEIs who (sic) may not survive both the exodus of students and faculty,” CHED said.

The commission is also worried the proposal could exacerbate “the already well-entrenched social prejudice against middle-level skilled manpower,” since free education in SUCs could mean more students preferring a diploma over an education in technical-vocational schools.

Vitriolo told Rappler the proposal is not doable as long as private HEIs dominate the higher education sector in terms of numbers. Latest figures from CHED show there are 1,708 private HEIs in the country – outnumbering 680 public HEIs and their satellite campuses.

He said the private sector is important especially since government cannot afford to educate close to 4 million enrollees.

“It will impact adversely on the viability of private schools. On the other hand, it will put so much pressure on the SUCs, and, in general, on government financing or budgeting. We don’t have enough, so we cannot subsidize everybody. The equitable approach would be those who can afford should pay, those who cannot afford should avail of scholarships if they are qualified,” Vitriolo explained.

He said such policy could even be counterproductive to SUCs, which might even lose their competitiveness due to “budget strain.”

“Because they don’t have [the capacity to implement] because they only get this funding and they get so many students, they might be swarmed with all kinds of enrollment and they will only be focusing on that…. If there is so much enrollment, then they might also lose focus on research, extension, and other important programs which enhance competitiveness.”

Both Briones and Vitriolo emphasized that the Constitution only requires free education until high school.

Vitriolo advised voters to assess whether or not the promises they hear from candidates during election time will be effective in the long run.

For him, the proposed tuition-free policy is more of a “political gimmick.”

“It’s more of a campaign gimmick. [It’s popular] because the parents, you raise the hopes of parents, and of students also, because these are the voters. Students who can vote, they can influence their parents and their relatives. But when you implement [the proposal]…there are many competing interests in the country and you cannot just disregard this.”

A more common promise from presidential candidates is increasing the budget for education, specifically for SUCs. The budgets for both basic and higher education has actually increased under the Aquino administration.

The rise has been steady for SUCs, except for a big jump in 2013:

In the same position paper, CHED asked Congress that instead of funding a tuition-free policy, the budget for higher education should be increased “closer to the per capita standing of Thailand and Vietnam – about $1,900 and $1,300, respectively in 2012 compared to $548 for the Philippines – to build the required physical and human infrastructure for quality higher education.”

Vitriolo admitted, however, that increasing budget for SUCs is easier said than done, especially since basic education remains government’s priority over higher education.

(The increase has only been up to 5%, 10%. It’s only during this administration that the increase has been dramatic. But you still can’t keep up because it has been historically low, there are competing interests, so you can’t just allocate more funds.)

He urged the next administration to determine the effective increase in budget that will make SUCs competitive and of high quality.

“Whether that’s a 30% or 50% increase, I don’t know, but that should be the agenda…putting it at the level that will positively impact the quality of the provisioning the delivery of education services, and that will enhance the outcomes of the graduates. The investment should be relevant and sensitive in making the sector competitive.” 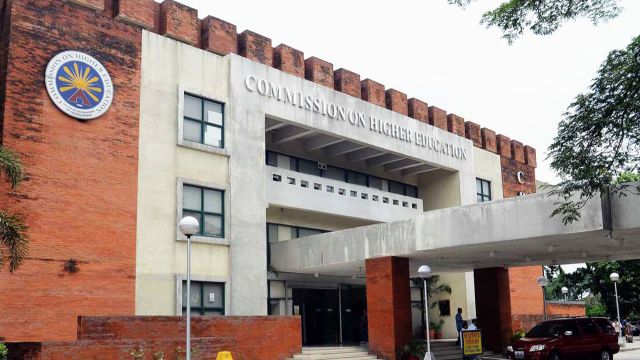 Wishlist for the next president

Personally, Vitriolo said he would like to hear from presidential candidates a modernization plan that will make the Philippines’ higher education sector at par with leading countries in the Association of Southeast Asian Nation.

For him, just doubling the number of world-class HEIs in the country will already be a feat for the country.

Only 4 universities have consistently made it to the Quacquarelli Symonds Asian and world university rankings in recent years: University of the Philippines, Ateneo de Manila University, University of Santo Tomas, and De La Salle University. (READ: School rankings in ASEAN: A ‘perception game’ for PH)

“If the next president would like the country again as a center of education and training…in the next years, make that 8, that means targeting these mature universities to become the likes of Ateneo, La Salle…. You look at those who are almost there at the threshhold and infuse resources, and hopefully in the next 6 years, [they would] become world-class.”

He also urged the next president to look at key areas, such as engineering technology and information technology, that will increase the country’s competitive advantage. – Rappler.com