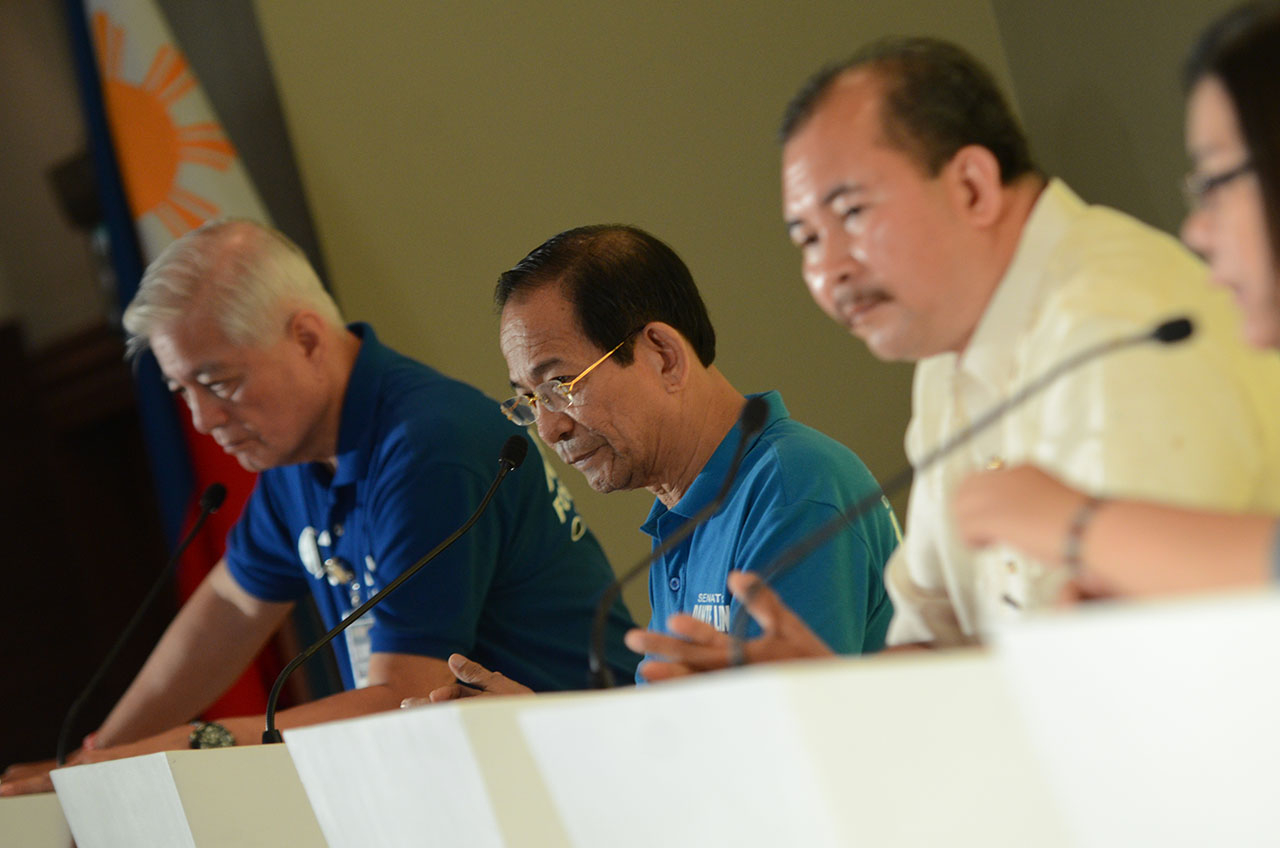 MANILA, Philippines – Even among candidates for senator, Davao City Mayor Rodrigo Duterte remains the preferred presidential candidate. Five of 6 bets at Rappler’s senatorial debate on Friday, April 22, threw their support behind the tough-talking mayor known for his controversial statements and iron-fisted style of leadership.

During the debate on Friday, April 22, the 6 aspirants for the Senate – most of whom are running as independent – were asked to identify the two presidential candidates they would support for the May 2016 elections.

Former interior secretary Rafael Alunan III, who was first to answer the question, declined to name two, saying he had only one candidate in mind.

“I believe in loyalty and choosing the right candidate,” he said, raising his fist to show the baller band on his wrist with the red-and-blue colors of the Duterte-Cayetano tandem.

For her part, overseas Filipino workers rights advocate Susan Ople opted to identify whom she would not support. The former labor undersecretary is a candidate of the Partido Galing at Puso of Senator Grace Poe, and is also supported by Binay’s party and Duterte.

“Ang hindi lang, kulay-sunshine,” she said, a reference to the yellow colors used by the Liberal Party and its standard-bearer, Manuel Roxas II. (The only one [I’m not supporting] is the color of sunshine.)

Only labor lawyer Allan Montaño deviated from the others, saying he would support opposition standard-bearer Vice President Jejomar Binay because of his plans and proposals for the poor, including exempting low-income earners from paying taxes.

Duterte has been topping pre-election surveys in recent weeks, despite the backlash he drew from his controversial remarks on a murdered Australian rape victim. His rivals for the presidency have criticized the Davao mayor and warned against his style of leadership. – Rappler.com