Apr 24, 2016 8:09 PM PHT
Facebook Twitter Copy URL
Copied
The popular Davao City mayor is voted by netizens as the winner of the first part of the 3rd and last presidential debate 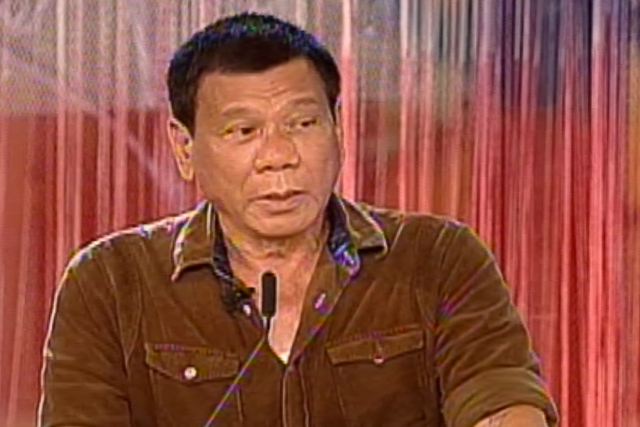 Duterte, who has been topping pre-election surveys, got 65.63% of the total votes in the Rappler online poll conducted after the first part of the debate held in Pangasinan.

Tied at second place were Senator Miriam Santiago and former interior secretary Manuel Roxas II, who both got 12.5% of the total votes. At 3rd place was Senator Grace Poe with 8.13%, and Vice President Jejomar Binay coming in at last place with 1.25%. 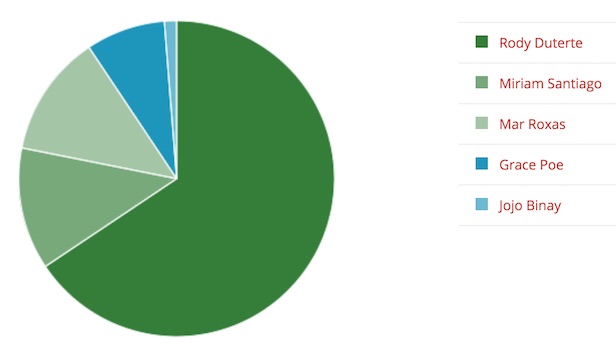 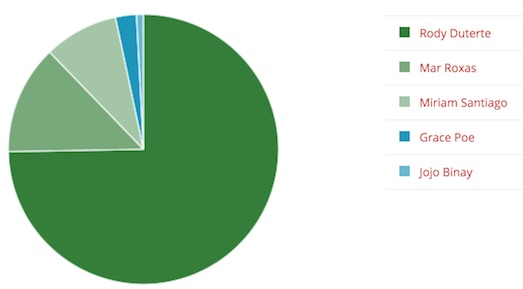 Duterte’s performance in the Rappler polls was consistent with his first-place standing in the last two debates in Cagayan de Oro and Cebu City.

It was the same trend for Roxas and Santiago, who traded 2nd and 3rd place status in the first debate in Cagayan de Oro. Santiago skipped the second debate in Cebu to undergo a clinical trial for an anti-cancer pill.

The second part will have candidates facing off against each other on various issues.

The 3rd debate was co-organized by the Commission on Elections, ABS-CBN, Manila Bulletin, Kapisanan ng mga Brodkaster ng Pilipinas, and the Phinma University of Pangasinan. – Rappler.com