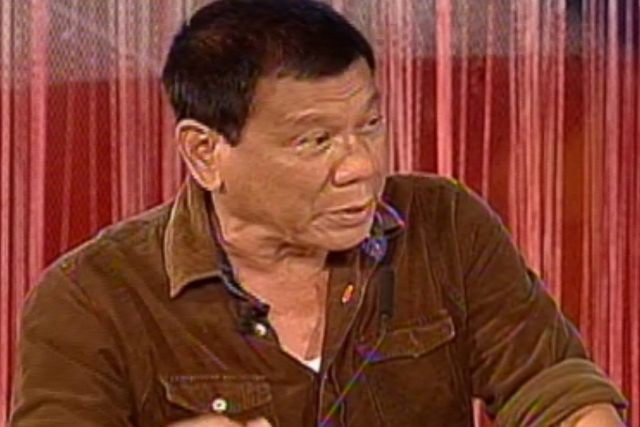 MANILA, Philippines – Once again, Davao City Mayor Rodrigo Duterte is judged the winner of the second part of the 3rd presidential debate in Pangasinan on Sunday, April 24, based on votes by Rappler readers.

Duterte got 65.97% of the total votes, followed by administration standard-bearer Manuel Roxas II with 17.12%, and Senator Miriam Santiago with 11.27%.

At 4th place was Senator Grace Poe with 3.97% and Vice President Jejomar Binay with 1.67%. 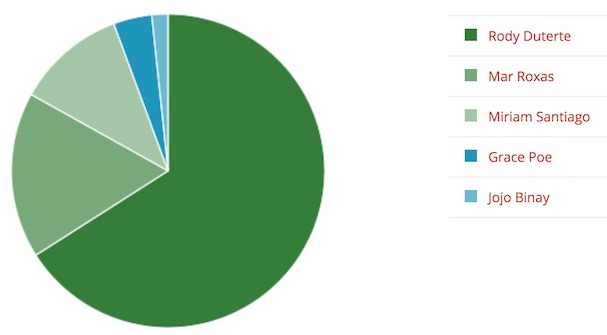 The second part of the debate had candidates facing off with each other on various issues. It also featured a “fast talk” portion, where candidates were asked if they agreed or disagreed on questions, such as a Marcos burial in the heroes’ cemetery, and house arrest for former President Gloria Arroyo.

The Davao mayor also emerged as the winner in the first part of the debate.

The 3rd and final debate was co-organized by the Commission on Elections, ABS-CBN, Manila Bulletin, Kapisanan ng mga Brodkaster ng Pilipinas, and the Phinma University of Pangasinan. – Rappler.com