Roxas dares Duterte to back out of presidential race if… 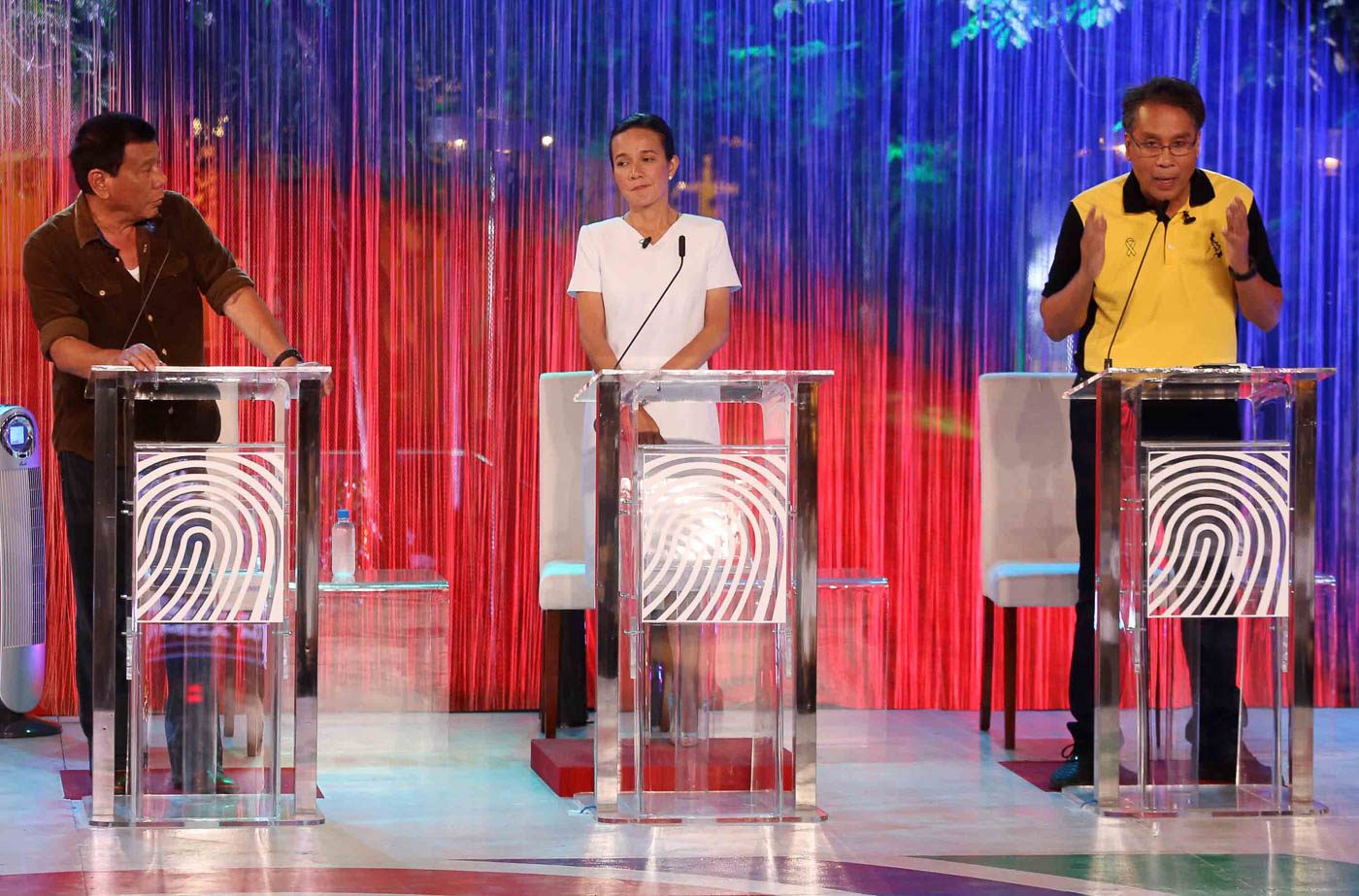 Facebook Twitter Copy URL
Copied
The administration bet says if he can present a list of PhilHealth beneficiaries from Davao City, the mayor who's denying it should quit the race

MANILA, Philippines – Administration bet Manuel Roxas II dared Rodrigo Duterte to back out of the presidential race if he could show the city mayor that PhilHealth has helped “thousands” of Davaoeños.

The word war started when Duterte said Roxas was lying about health insurance under the Aquino administration because he had not heard of any Davaoeños who were able to avail themselves of it.

(I dare you. If I can show you a person, a name, an hospital that has really helped Davao City, will you back out of the race?)

Roxas said Duterte’s promise to establish a trust fund for the payment of medical expenses of Filipinos confined in hospitals already exists today. 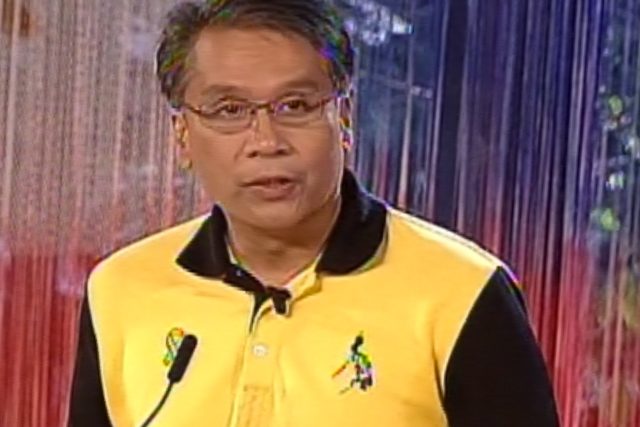 (We already proposed what Roxas is saying – nothing has happened until now. I applied for that program about two years, the person I want to help is already dead. Until now, it ain’t true, we don’t have it in Davao City.)

Roxas said the Davao City mayor is making things up “because the truth is PhilHealth has helped people in Davao City.”

“Bukas ng alas-otso ng umaga, ibibigay ko lista ng [mga] Davaoeño [na] natulungan ng PhilHealth at gobyerno,” Roxas shot back. (Tomorrow at 8 in the morning, I will give the list of Davaoeños that PhilHealth has helped.)

Duterte, however, said he doesn’t believe the former interior secretary.

“You’ve made so many promises in your term and the government, and lahat halos wala kayong maibigay sa tao, puro daldal, puro announcement (and you can’t give the people anything but talk or announcement). No implementation – if there is one, all corruption,” he added.

Roxas then dared Duterte to back out of the presidential race if he can prove PhilHealth has helped people in Davao. He urged the mayor not to fool Filipinos by saying nothing has been done to help Davao City.

But Duterte was unfazed. “This is a nationwide problem – they’re even fooling Davao. People of the Philippines who are listening: is this guy telling the truth?” “Sinabi niya, aatras [siya], tingnan [natin] kung tutuparin [niya],” he added. (He said he will back out, let’s see if he will stay true to his word.)

But Duterte asked: “Kung totoo ‘yung sinasabi mo at naniniwala Pilipino sa ‘yo, at dapat ikaw maging presidente, bakit huli ka sa rating?” (If you’re telling the truth and Filipinos believe you, and that you should be the president, why are you lagging behind in ratings?)

The Liberal Party bet still insisted that he, and not Duterte, deserves to win as president on May 9.

To this, Duterte reacted: “Susmaryosep.“

On Sunday, Roxas, Duterte, and the 3 others presidential candidates presented their health agenda. (READ: Plans and promises: Presidential bets on health)

Roxas said he would bring health care, especially primary health care, to the most isolated areas in the country. He will also allocate P1 million per barangay health station that will be used to build facilities, provide allowance for barangay health workers, and employ health professionals.

Roxas also vowed to expand PhilHealth that would cover the curative side of health.

Aside from his promised trust fund, Duterte said he would place one doctor in every barangay – someone who would act as the physician of that barangay.

Vice President Jejomar Binay, meanwhile, said he would solve the problem in primary health care. He will make sure all barangay health centers will be complete with equipment and manpower. He will include consultations in health care.

Hospitalization and medicines will be free for the poor, he said, “like how it is in Makati.”

Binay also hit Roxas during this round, saying if the administration had really achieved much in the health sector, “‘di tayo makakarinig ng ganitong reklamo (we won’t hear these complaints).”

He said implementation is the government’s problem, but Roxas still insisted PhilHealth has helped many Filipinos who before would shell out much money for their health needs.

For her part, Senator Miriam Defensor Santiago said she would strengthen the government’s conditional cash transfer program by putting more budget into it.

She vowed to extend PhilHealth coverage “universally.” She said barangay health centers should be equipped with enough medicines and vaccine.

The senator also reiterated her plans to oppose the privatization of hospitals and remove the Philippine Charity Sweepstakes Office practice requiring beneficiaries to bring endorsement letters from government officials.

Senator Grace Poe, meanwhile vowed her government would fully cover the medical expenses of poor Filipinos to prevent out-of-pocket expenses. She wants to provide scholarships for one doctor in every town.

“[‘Yung] scholar ‘pag nag-graduate [at] binayaran ng gobyerno, magsilbi ng 4 na taon,” she said, adding that her government would make sure the poor who are sick will get well and will not think worry about how much they need to pay to save the lives of their loved ones.

(The scholar, after graduating and after being sponsored by the government, will serve for 4 years.) – Rappler.com