Apr 25, 2016 10:01 PM PHT
Agence France-Presse
Facebook Twitter Copy URL
Copied
'I don't want a repeat of the problems we went through especially from 1972 to 1986,' Aquino says, referring to the martial law years under the strongman rule of Ferdinand Marcos 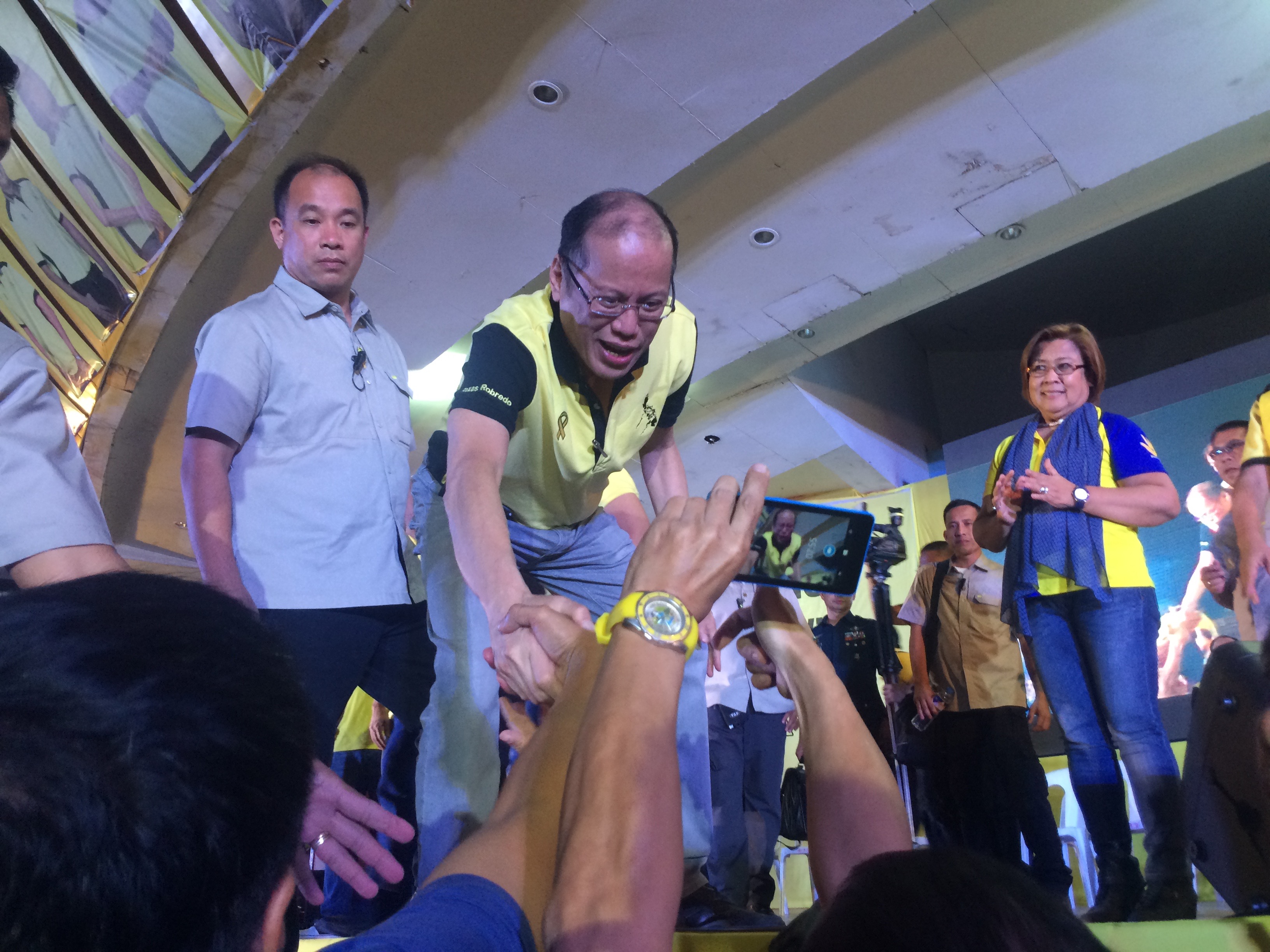 MANILA, Philippines – Philippine President Benigno Aquino on Monday, April 25, said he would do his best to prevent the family of late dictator Ferdinand Marcos from returning to power.

Aquino, whose father and namesake Benigno “Ninoy” Aquino was detained and then killed by Marcos forces, made the remark as the dictator’s son is vying for the vice presidency.

While Aquino is stepping down after his single six-year term this year, Marcos’s son, Ferdinand Marcos Jr, is leading in the race for the vice presidency in the May 9 elections.

Marcos’s flamboyant widow, Imelda, has openly said she wants her son to become president and at a recent rally she reportedly said Filipinos should unite behind her son, “so that our nation will be great again.”

Aquino told supporters he realized it echoed the campaign slogan of Marcos Sr.: “I will make this country great again.”

“Their slogans are the same. Maybe their plans are the same and if there is anything I can do, that will not come to pass,” the president said in a meeting with local officials in Pampanga, a vote-rich province north of Manila.

Ninoy Aquino was later assassinated by Marcos soldiers in 1983, helping spark a popular revolt in 1986 that toppled Marcos from power and installed Ninoy Aquino’s widow, Corazon, as president.

Despite the massive corruption and rights abuses during the Marcos rule, his family has made a surprising political comeback with Marcos Jr. getting elected to the powerful Senate and now making a run for vice president.

In the Philippines, the vice president is elected separately from the president and the post has often served as a launching pad for a presidential campaign.

Aquino’s own handpicked vice-presidential candidate, Congresswoman Leni Robredo, is tied with the dictator’s son in the latest surveys. – Rappler.com