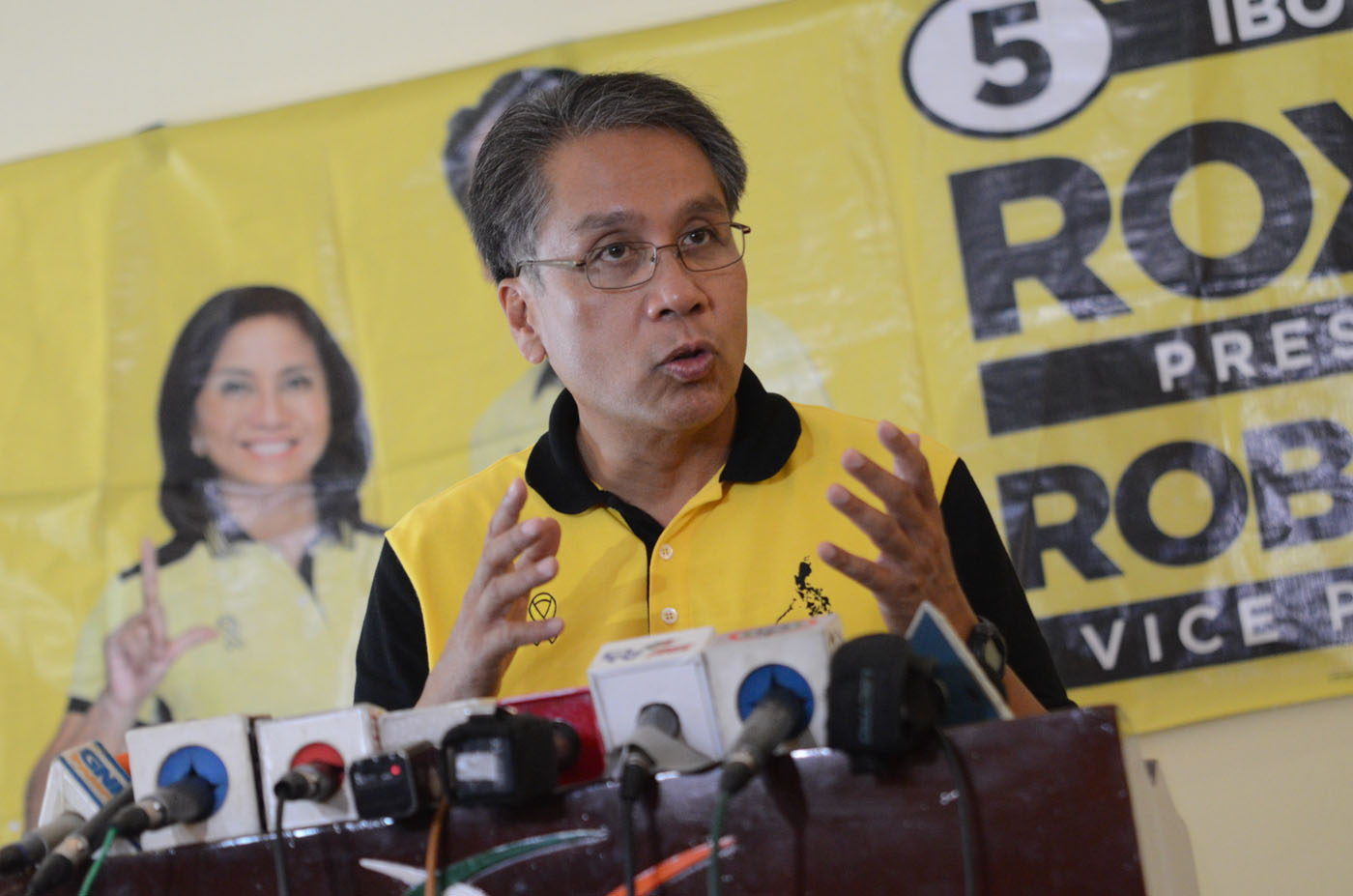 Roxas, along with running mate Leni Robredo and their senatorial bets, were in the province Tuesday, April 26, for various campaign rallies in the cities of Kabankalan, La Carlota, Cadiz, and Bacolod.

Roxas said that the creation of the NIR has helped in the progress and development of Negros, which is why the people of Samar want a new region as well.

He said the creation of the new region had been suggested to him and he had accepted the challenge.

(I accept that [challenge] to create the Samar Island Region as part of the platform of the Straight Path, so that focus will be Samar – as it is now the case of Negros – when it comes to the work of the Regional Development Council, the Regional Peace and Order Council, and other cross-border agencies between provinces.)

Meanwhile, the draft proclamation creating the Negros Island regional center in Kabankalan City is already in the office of President Benigno Aquino III.

Al Orolfo, director of Department of Environment and Natural Resources-18 (DENR-18), said his office has endorsed the draft to Malacañang Thursday, April 21.

The 500-hectare site, which is part of the Central Philippines State University property, “couldn’t be used without the national government proclaiming it as the regional center.”

The creation of the regional center needs a Presidential Proclamation for approval, said Orolfo

The area is expected to become developed once the regional centers are established in the boundaries of Kabankalan in Negros Occidental and Mabinay town in Negros Oriental in 3 years.

Earlier, Governor Alfredo Marañon Jr said he will ask the President to  prioritize to the establishment of the new regional site in Kabankalan City. – Rappler.com