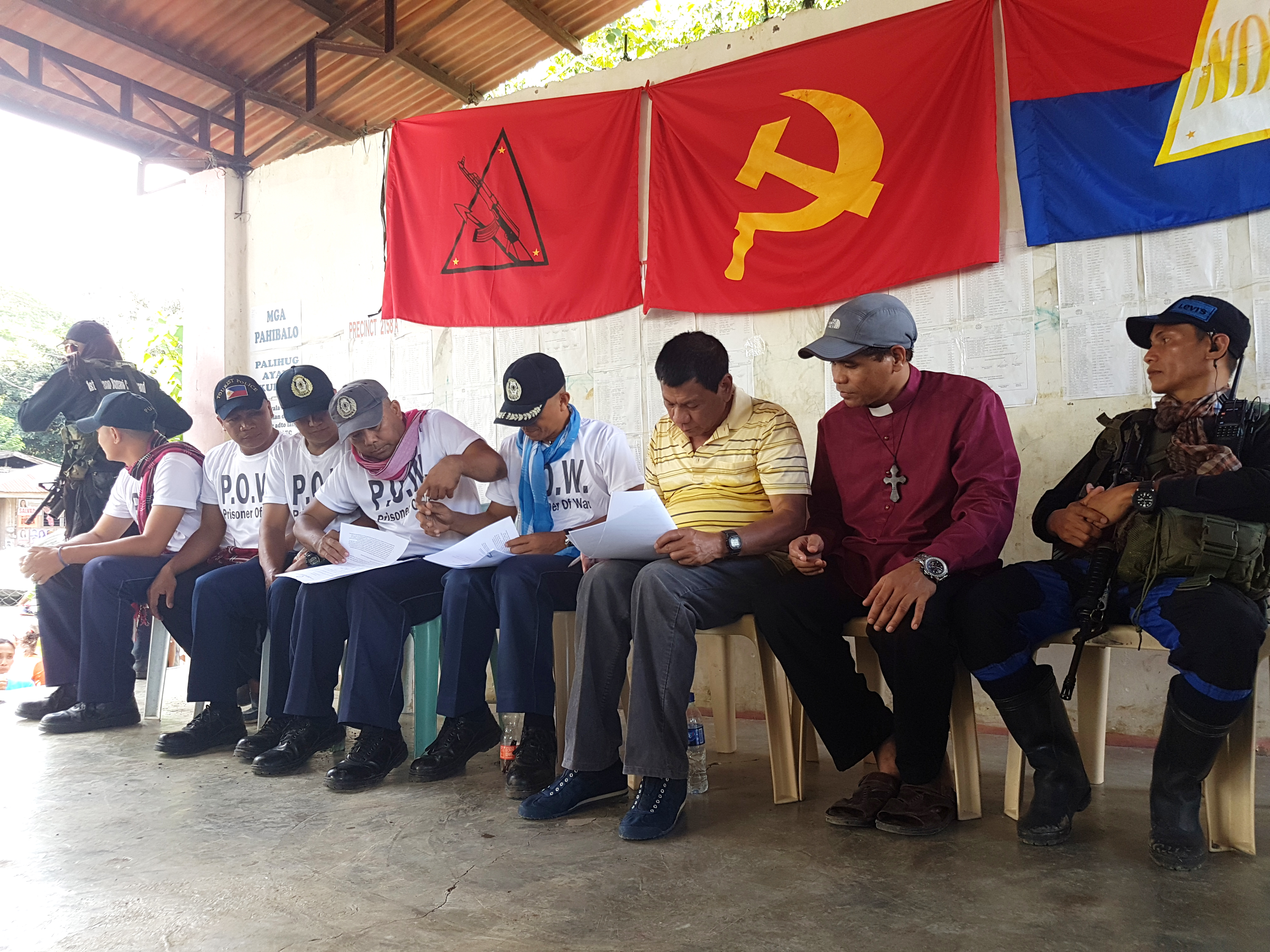 CEBU, Philippines – The standard-bearer of the ruling Liberal Party (LP) on Wednesday, April 27, sought to differentiate himself even further from the front runner in the 2016 presidential race, by linking Rodrigo Duterte to communists.

(It only goes to show his ties to the New People’s Army, the communist NPA. It’s on YouTube. You yourselves, you’re journalists, you’ve seen records of that.)

The LP standard-bearer was asked to react to the NPA’s recent release of 5 abducted cops to Duterte and the Davao mayor’s subsequent declaration that he would “disband” government because it was already weak.

(If you want communism to prevail in the country, if you want the NPA’s power to be amplified, it’s clear who you should choose. Mayor Duterte himself has said that.)

The Davao mayor indeed has not denied his open lines to the NPA. Just last Tuesday, April 26, he revealed in a sortie in Tulunan, North Cotabato, that he and exiled communist leader Jose Maria Sison have agreed to observe a ceasefire between government and NPA rebels forces if Duterte gets elected as president.

Roxas, who served as transportation and later, interior chief under the current administration, said the NPA only seeks to “turn upside-down” the current system of government and the country’s way of life. Communism, he pointed out, is a “godless political philosophy.”

Roxas and running mate Leni Robredo on Wednesday visited Cebu for the 3rd time since the campaign period began. It’s a critical time for both – Duterte is threatening to pull away farther from the pack while Robredo is inching closer to a solo lead.

The Cebu rally caps off 2 days of campaigning in two vote-rich Visayas provinces.

Cebu is also considered a bailiwick of the administration bet, but Duterte could spoil that trend.

Duterte, the only Bisaya-speaking candidate, is seen as a favorite in the province. He also leads in the Central Visayas region, which Cebu belongs to.

The latest Pulse Asia survey also saw Roxas lose dominance in the Visayas region for the first time. Some 32% of those polled said Duterte was their favored candidate. Roxas trailed with 27%.