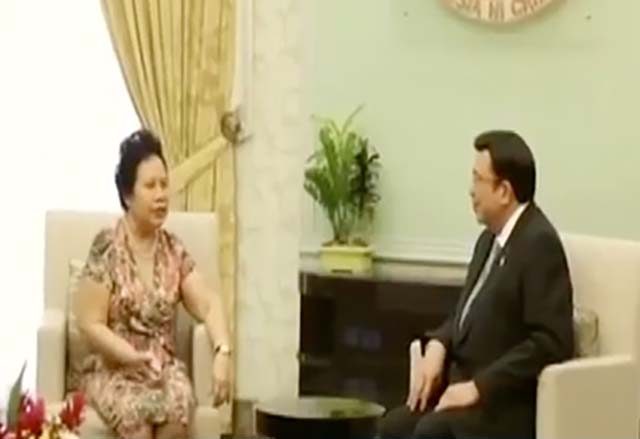 INC’s online news site Eagle News reported that Santiago made a courtesy call on the head of the block-voting sect on Wednesday. This was a day after her running mate, Senator Ferdinand “Bongbong” Marcos Jr, was invited for an early morning meeting with Manalo.

Santiago was the last presidential candidate to visit Manalo.

The senator, at the bottom of pre-election surveys, has not been very active in her campaign. She took a long break last month when she participated in a drug trial of a cancer-fighting medicine abroad, but returned to the campaign trail early this month.

Santiago has been more visible to the public as she conducts more frequent speaking engagements in universities. She also attended the last presidential debate sponsored by the Commission on Elections, where she said that she had no plan to withdraw from the race. Robredo’s toughest rival, Marcos, is being rumored as the INC’s choice for vice president, as it was Manalo who invited him to a meeting. The other national candidates set an appointment with the INC leader.

The INC is known for its command votes. Its members include an estimated  1 million registered voters. – Rappler.com