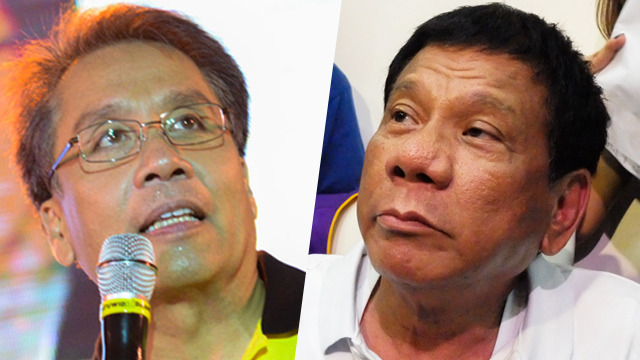 This week, Senator Antonio Trillanes IV, an independent candidate for vice president, exposed what he alleged was a multimillion-peso bank account owned by Duterte and his daughter, Davao City mayoral candidate Sara Duterte.

Duterte denied Trillanes’ claim, telling media that the senator was a liar. “He fabricated it,” the mayor added.

On Thursday, journalist Ellen Tordesillas said a friend of hers went to BPI to deposit P500 in the alleged Duterte account. “It’s validated. The account is existing,” said Tordesillas in a Facebook post that has since gone viral.

(When will we know the entire truth? When will we be able to rely on what you say? Yesterday, you said the account is non-existent.) 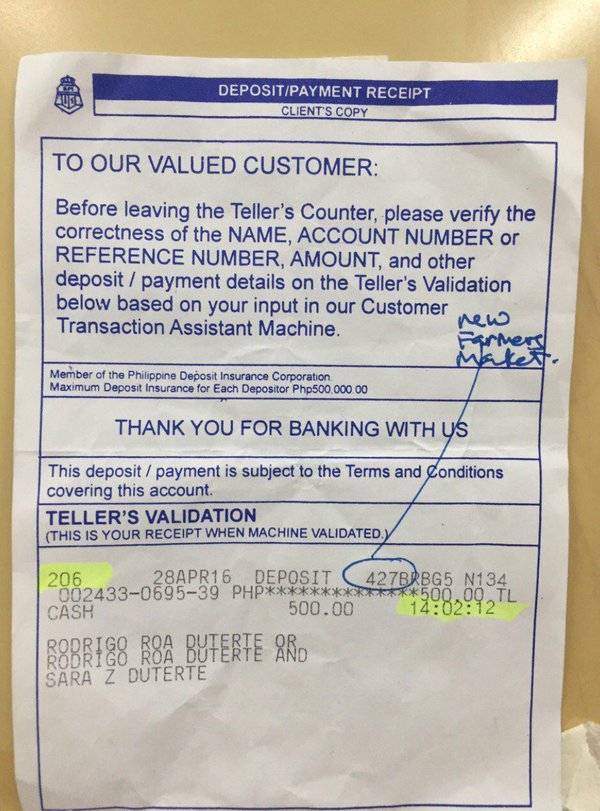 The BPI account, Trillanes had earlier alleged, is not declared in Duterte’s Statement of Assets, Liabilities, and Net Worth (SALN). (READ: Poe to Duterte: Why blame me? Disprove bank account)

Roxas then hit the Davao mayor for his supposed hypocrisy when it came to the promise of transparency and accountability. Duterte and his running mate Senator Alan Peter Cayetano had earlier challenged other presidential and vice presidential aspirants to sign a waiver for their bank accounts in a move to “end corruption.”

Duterte and Cayetano both signed the “document.”

On Thursday, Roxas showed to media a notarized waiver that would give the Ombudsman of the Philippines access to documents concerning his own assets, liabilities, and business ties “for the duration of [his] candidacy.”

Roxas is no longer required to file a SALN since he resigned from his post as Department of the Interior and Local Government (DILG) chief.

The “Affidavit of Transparency” covers all of Roxas’ financial transactions and documents dating back to when he first entered government as Capiz representative in the 90s.

Trillanes is a member of the Nacionalista Party (NP), which Cayetano also belongs to. The two senators once led the year-long Senate probe into corruption allegations against now presidential candidate Vice President Jejomar Binay.

Roxas brushed aside possible criticism that allegations over the bank accounts are just “politicking.”

(Well, they can say what they want, but again, their candidate has been caught lying. How many more times will you pretend not to see such blatant lies?) – Rappler.com