Electing local governments: Are there other ways to do it? 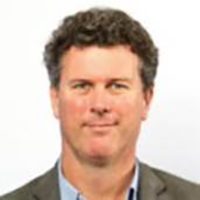 Local government elections tend to get less attention than those at the national level, for Congress, and the presidency.

However, local government offers important opportunities for democratic experimentation, innovation, and reform that may not be available at higher levels.

As the tier of government that is, at least theoretically, closest to the people, local government may also require forms of electoral representation that are different from other levels.

For instance, because local government is often about the “nuts and bolts” issues of everyday life, primacy is given to election representatives based on geographic areas.

As representatives are drawn from the local community, it is especially important that electoral systems be designed in such a way that candidates can maintain strong ties to these specific localities.

This means that while large multi-member districts may make sense for national institutions such as the Senate, there is an argument at the local level for instituting single-member districts. This way, every geographic element of a local government unit is given a say in local affairs.

These districts may be relatively small and homogeneous, depending on the size and stature of the locality (region, province, city, or municipality/town). Where the district size is more modest, it can be easier for a local legislator to represent his or her constituency than it would be in a larger and more complex setting.

Politics at the base: towns and villages 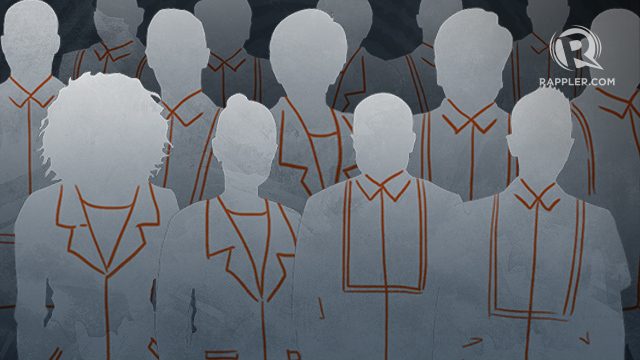 At lower tiers of local government – for example, in towns and villages – there is a general tendency across countries for local elections to be less party-centered than elections at higher levels. Candidates often run as independents, relying on their name-brand only.

These electoral systems are very different but share one aspect in common: they allow electors to vote for candidates directly, including independent candidates, without any need for party affiliation.

Fifty years ago, political scientist Carl Landé found a high level of articulation in the Philippines, with the bifactional nature of competition within Philippine municipalities corresponding broadly with the two-party system (of Nacionalistas and Liberals) at the national level. There was, he wrote, “a functional interdependence of local, provincial, and national leaders which promotes a close articulation of each level of party organization with those above and below it.”

At the very base of the system, many viewed the establishment of barrio councils (in the 1950s) as an opportunity to build up a purer type of grassroots democracy that could eventually reform what were viewed as the corrupted patterns of politics at the national level. In practice, as political scientist Paul Hutchcroft has argued, the establishment of electoral competition at this tier just led to new forms of articulation between town and barangay politics.

Barangay elections provide opportunities for the local mayor (and other politicians) to build up a stronger base for his party or faction in the next election. The romantic notion of the “independent” politician, working outside of any party or faction, is thus a bit of a rarity in the Philippines. There remains a “functional interdependence” binding together Philippine politics from Manila to the provinces to the cities and towns and all the way down to the barangays.

More favored system in the Philippines

In the Philippines, the use of a multi-member district plurality (MMDP) system is widespread. Under this system, voters have as many votes as there are candidates to be elected. They can spread their support across multiple candidates if they wish. It can also be thought of as a “multi-vote, multi-seat” system.

In addition to the national Senate, multi-member plurality systems are used to elect the regional assembly of the Autonomous Region in Muslim Mindanao (ARMM), provincial councils, city councils, and town councils.

But there is a major difference between the MMDP system used for the Philippine Senate as compared to MMDP arrangements used for the ARMM Assembly. Whereas the 24 members of the Senate are elected from a single national district, the 24 members of the ARMM Assembly are elected from 8 districts, each electing 3 legislators (two districts each for Maguindanao, Lanao del Sur, and Sulu, and a single district each for Basilan and Tawi-Tawi).

The arrangements used for provincial boards or councils vary according to income class: citizens of 5th- and 6th-class provinces elect their board members from one at-large district, while citizens of the richer provinces elect their board members from districts. City council and town council members are elected by district, regardless of the income class (or size) of the city or town.

From a gender perspective, the present MMDP has not been favorable to increasing women’s representation in the local councils. Across the 6 elections held between 1998 and 2013, a total of only 15.02% to 20.2% of elective posts in provinces, cities, and municipalities came to be occupied by women.

While popular in the Philippines, such “multi-vote, multi-seat” systems are not widely used in other countries, and are often criticized by electoral experts.

One reason is that, under this system, one’s opponents are not only those belonging to other parties but also those running under the same party banner.

This is detrimental to the goal of building stronger and more cohesive political parties, and it is not surprising that Asian democracies – such as Japan, Thailand (prior to the 2014 military takeover), and Mongolia – have all decided to abandon such types of electoral systems in favor of alternatives that generate less intra-party competition.

A second reason is that multi-vote, multi-seat systems often produce highly unrepresentative outcomes, as the same block or group can easily win every available seat.

This further helps to explain why multi-vote multi-seat systems have therefore been abandoned after years of use in a number of countries, both within Asia and beyond.

In some other countries which formerly used such systems, including Singapore and Mauritius, variations have been introduced after elections saw one party win every seat, eliminating any concept of an opposition.

In some countries, multi-vote, multi-seat systems can be used to ensure balanced ethnic representation. In Lebanon, for example, each list must be comprised of a mix of candidates from different ethnic groups and voters must observe this pre-determined ethnic balance when casting their ballot.

Singapore uses a related model: there, most members of parliament are elected from multi-member districts known as Group Representation Constituencies, which were introduced to help the governing People’s Action Party win additional seats, as voters choose between competing party lists. Of the candidates on each party or group list, at least one must be a member of the Malay, Indian, or some other minority community. Voters choose between these various lists of candidates with a single vote.

Exploring reform possibilities in the Philippines

As previous discussions in this 7-part series have noted, there are a very wide range of electoral systems used around the world. Similarly, the ways in which subnational councils are elected vary greatly from country to country and also within countries. So there are many options to choose from.

What would be a better system?

One option is to examine the mixed electoral model proposed in the Bangsamoro Basic Law that was submitted to Congress as part of the Mindanao peace process.

This combines 3 types of electoral systems. First, 40% of the members of the Bangsamoro Parliament are to be elected by plurality from single-member districts – that is, the same system used to elect most members of the Philippine House of Representatives.

Second, 50% are to be “representatives of political parties that win seats through a system of proportional representation based on the whole Bangsamoro territory.” This is a standard PR system, as used around the world, and should not to be confused with the quite unusual party-list system used in electing about 20% of the Philippine House. (This distinction is explained here: PH party list: Making it more representative)

Third, 10% are to be elected via reserved seats for sectoral representatives, with two seats each for “non-Moro indigenous communities and settler communities” and one seat for women.

While the current MMDP system used to elect the ARMM Assembly promotes intra-party competition, there is an opportunity to craft the PR system in such a way as to curb intra-party competition and nurture stronger parties – that is, through a closed-list instead of an open-list system, as explained in Party list: Who gets to choose candidates?

This mixed system envisaged for the Bangsamoro could be viewed as a crucible of innovation for the country as a whole, as it combines the advantages of geographically based representation (providing a clear linkage between district legislators and their constituencies) with the potential for building stronger parties by electing another group of legislators through closed-list PR.

The third element, reserved seats, ensures minority representation, although this could alternatively be accomplished through zipper-like systems within closed-list PR. (READ: Zipper system: How to get more women elected)

At present, Philippine elections to provincial, city, and town councils promote competition within parties more than between them. There are many reasons for this, but one is the multi-member plurality electoral system that is used for most local government legislative elections. So for those interested in building stronger parties, some reform of this system seems the way to go. – Rappler.com