Duterte to AMLC: How is military able to look inside bank accounts? 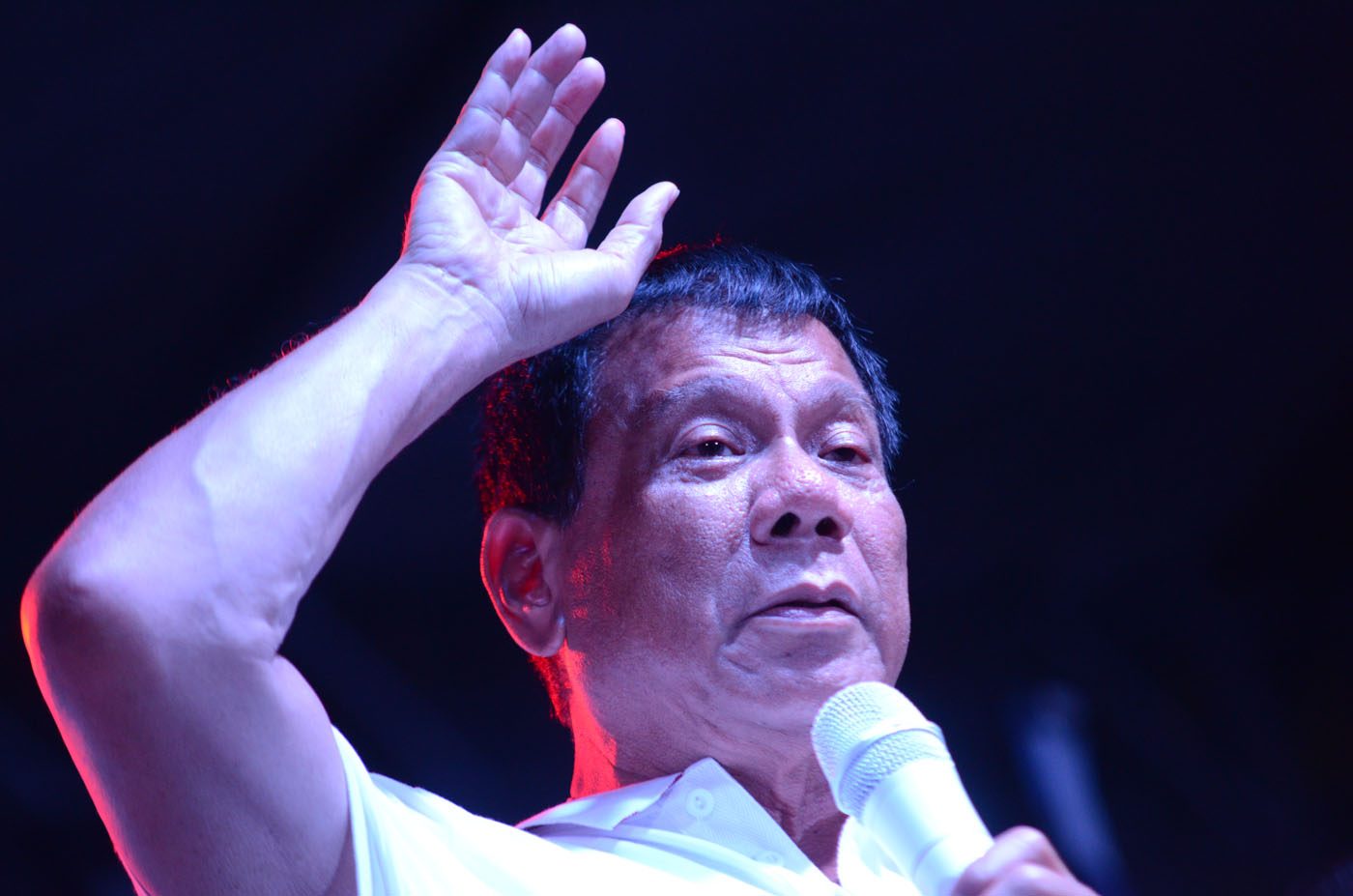 (The military, big people in government, can peek into accounts. Us small people don’t have access until now. When we ask, does Duterte have deposits? Son of a bitch, they will curse at you. Why does the military think they own the law?)

Trillanes, a soldier turned senator now running for vice president, has accused Duterte of not declaring in his Statement of Assets, Liabilities, and Net Worth the P227 million the mayor allegedly kept in a Bank of the Philippine Islands (BPI) branch.

The senator further claims that Duterte has other bank accounts through which P2.4 billion worth of transactions have been made.

Trillanes has not revealed where he got the documents he is presenting as proof of Duterte’s hidden wealth. But BPI has issued a statement saying the documents did not come from them.

Following the exposé, some Duterte supporters have closed their BPI accounts fearing a similar breach. Under the Bank Secrecy Law, no authority may look into bank accounts unless they possess a court order.

But Duterte, in March, signed a manifesto where he and running mate Alan Peter Cayetano pledged “to open all our bank accounts in local and foreign currencies both here and abroad in the interest of transparency and accountability.”

The manifesto further reads that Duterte “waives all [his] rights and privileges to bank secrecy under the Bank Secrecy Law.”

Duterte also admitted to having a dollar account after administration bet Manuel Roxas II was able to deposit $10 in a BPI dollar account under Duterte’s and his daughter Sara’s names.

(I used to go abroad. I would not spend that money because I am not like you millionaires. Over the years, I accumulated. Open it!)

Duterte bared the contents of his bank account at BPI Julia Vargas last April 29 by presenting to media a BPI bank statement showing the account held only P17,666.98.

However, this does not disprove Trillanes’ accusation that Duterte had P227 million in 2014.

Duterte’s lawyer Salvador Panelo is set to reveal more details about the bank account to Trillanes on Monday, May 2, as instructed by the Davao City mayor.

Trillanes’ staff have told media that the senator will be at the BPI Julia Vargas branch at 11 am on Monday. – Rappler.com