May 2, 2016 11:00 AM PHT
Bea Cupin
Facebook Twitter Copy URL
Copied
One group is staunchly behind the LP tandem while another says okay, sila na lang

In the homestretch to the May 9 presidential election, Rappler #PHvote runs a blog by multimedia reporter Bea Cupin, who has been following Mar Roxas and Leni Robredo. Get insights into the candidate’s character, trusted people, and campaign decisions. 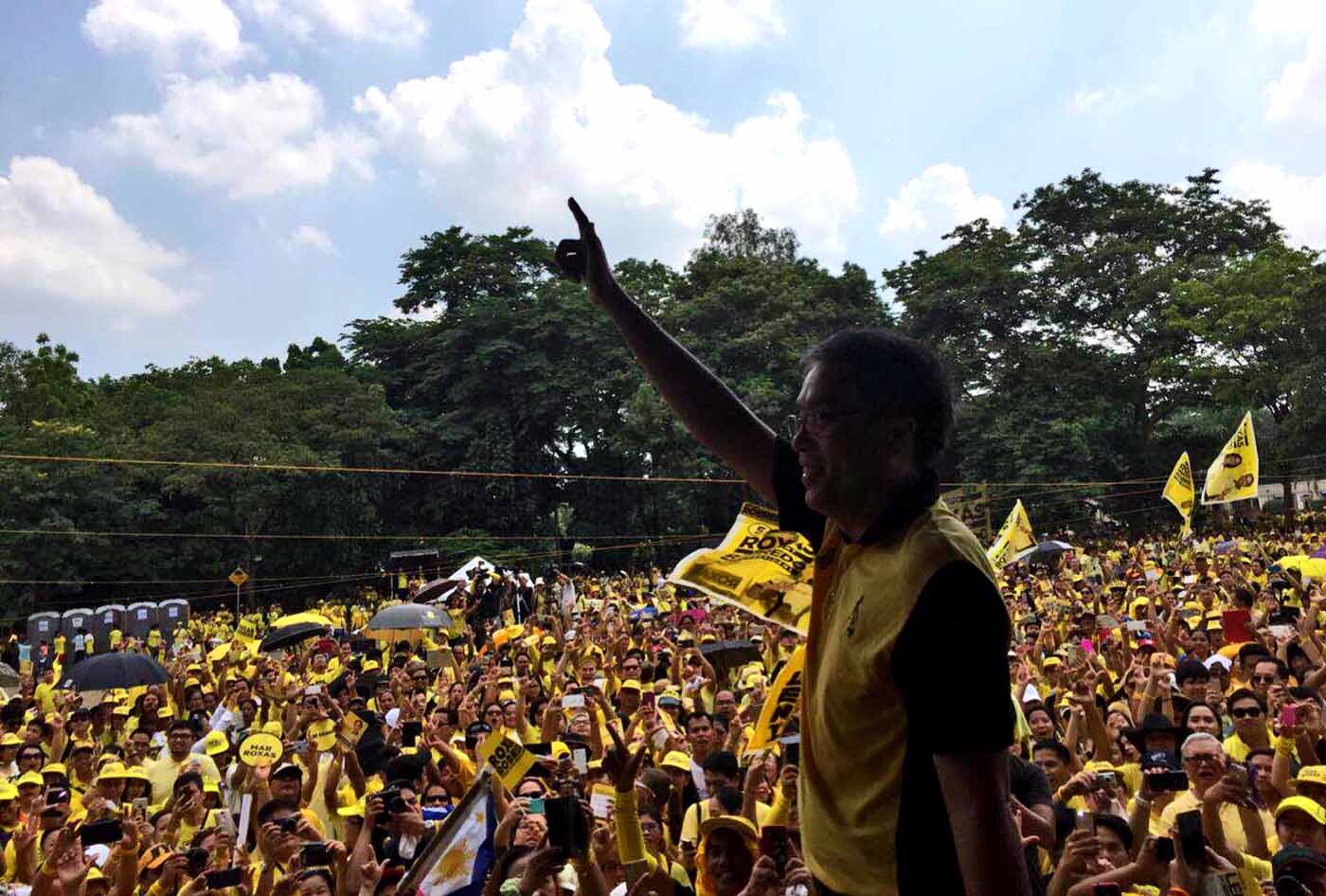 When the ruling Liberal Party (LP)’s standard bearer Manuel Roxas II and his running mate, Camarines Sur Representative Leni Robredo made their candidacies official, there were no illusions or presumptions that theirs would be an easy campaign.

Roxas, who made his candidacy official in July 2015, barely hit 10% in preference surveys when he was named President Benigno Aquino III’s anointed candidate.

Months later, when Robredo “accepted” the challenge to run for the second highest post in the land, she registered a dismal 1% to 4%, lagging behind her rivals who were incumbent senators.

A week to go before election day, the campaign remains a struggle for Roxas as he is behind Rodrigo Duterte and Grace Poe.

Robredo is in a better place, just about 5 percentage points away from front runner Ferdinand Marcos, Jr. 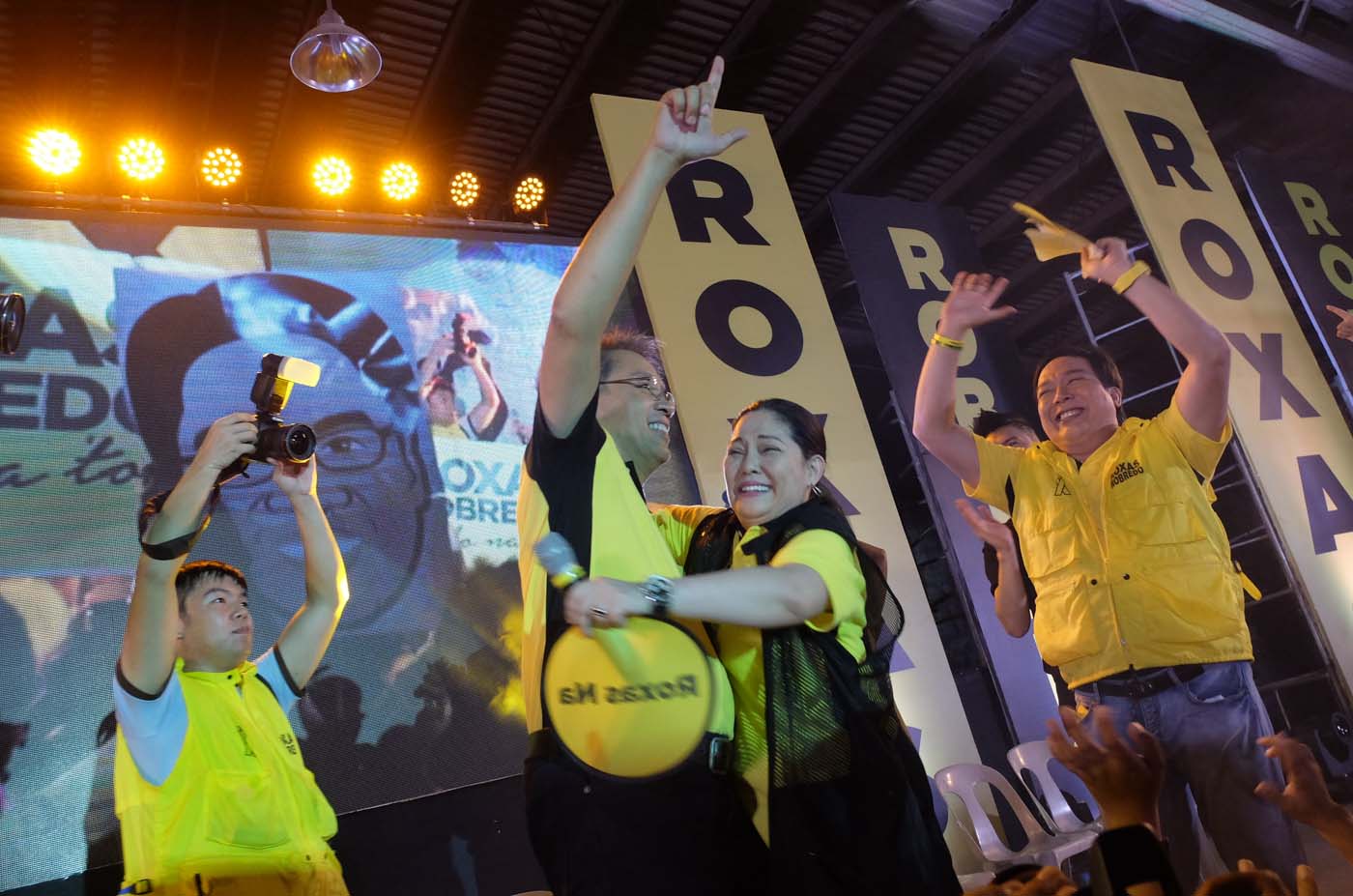 In the last few weeks before May 9, both Roxas and Robredo have taken on an even more intense campaign schedule, visiting bailiwicks, weak spots, and doing various radio interviews. (READ: Paolo Roxas swings it, dad Mar shows battle scars)

Robredo says they’re one “tambling” or “kembot” away from victory, while Roxas continues to call on all “decent” Filipinos to rally behind the LP tandem.

Both remind their supporters in rallies, gatherings, or on social media to campaign hard until D-Day comes.

But what’s key to victory for the two?

They already have a solid base of supporters – the so-called “Yellow Army” (a term lovingly or pejoratively used, depending on which side you’re on).

It probably explains why Roxas has never dipped (or went beyond, unfortunately for him), the 20% range in preference surveys.

What the two will need to clinch this week are the undecided votes and the so-called “soft votes” – Filipinos who already have a candidate in mind, but are still open to switching candidates. Political pundits estimate 20 to 30% of votes are “soft.”

If Roxas supporters’ social media campaigns are any indication, there’s a real, grassroots effort to convince both the undecided and the decided to #SwitchToMar.

These efforts usually begin with posts in a Facebook group called the “Silent Majority,” home to over 200,000 members.

“We recognize that Mar’s candidacy is handicapped by a perception that he will not win – this has led many to remain undecided, to vote for another candidate perceived to be stronger to avert a win by one that is undesirable, or to simply give up and abstain rather than compromise their vote on a ‘winnable’ candidate they don’t really want,” reads the group’s description.

“…we need to have a singular focus: to trumpet the ‘winnability’ of Mar (and, by extension, Leni) by showing the strength of our numbers, thus encouraging others to openly throw their support behind him,” it adds.

Online campaigns have translated on the ground several times: from mini motorcades to gatherings of thousands at the Quirino Grandstand in Manila and the Quezon Memorial Circle in Quezon City.

The “Silent Majority” are the convinced, and their sole role in the days leading up to May 9 is to wage the ground war. 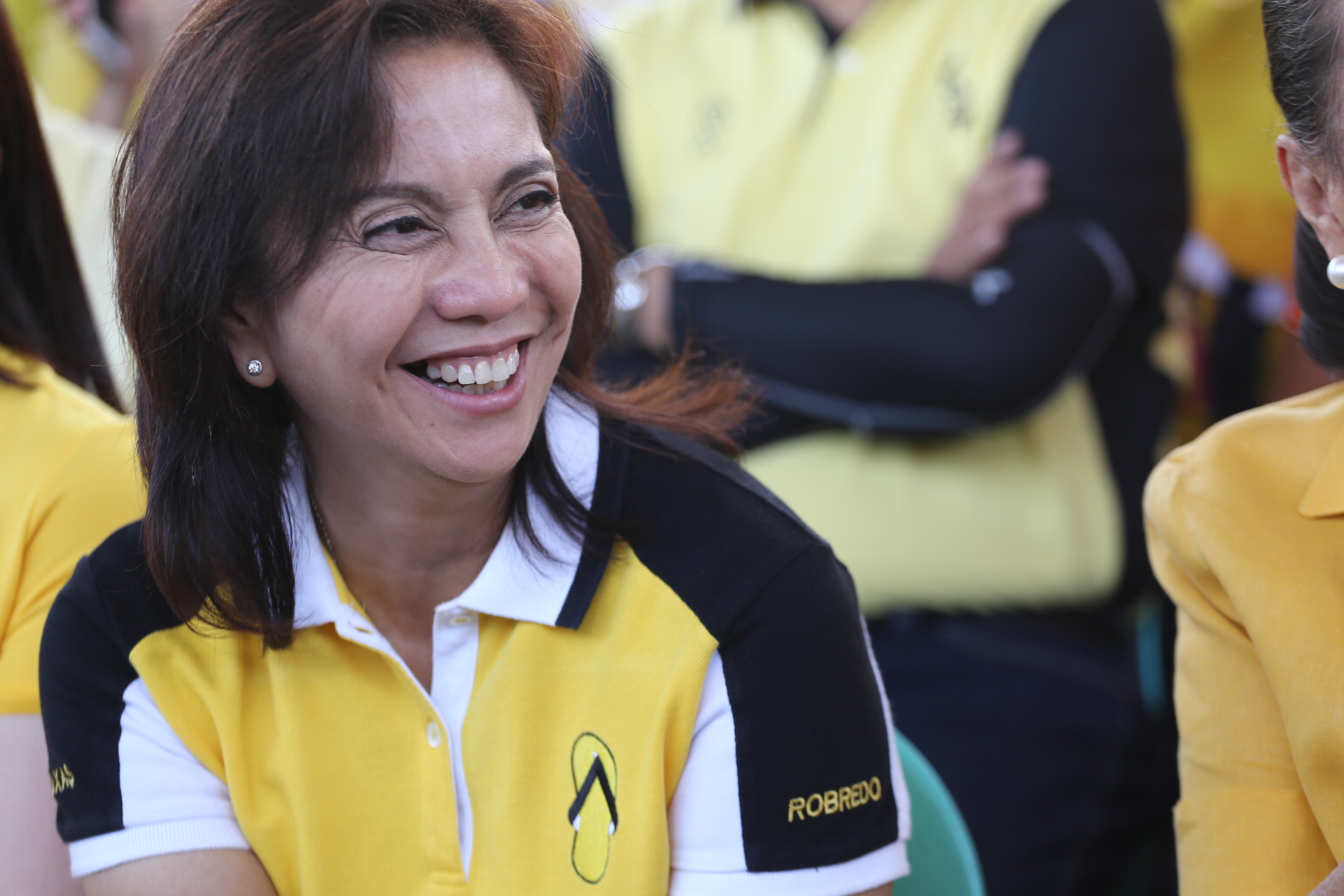 But there’s a another group that might not be as passionate in supporting the Roxas and Robredo tandem: the “Silent MEDYOrity.”

The pun-y and self-deprecating group captures a real segment in the voting population (if my circle of friends, man-on-the-street interviews, and social media are any indication): those who’ve studied each and every candidate, found none of them the “ideal” candidate but have decided on whoever they think are the “best.”

The group’s “manifesto” is simple: they’ve made their decision – it’s not abstain. It’s “medyo Mar at medyo Leni (slightly Mar and slightly Leni).”

The rest of the “manifesto” reads:

(Personality-wise, Mar, I’m sorry, but I don’t really like you. You’re awkward. You try hard. We wouldn’t want to fist-bump with you. We’re not friends. But as president? That’s a different issue altogether. We get it: you’re smart. You’re experienced. You’re not a thief. And wait: you’re running for president and not as comedian, drinking buddy, or BFF, right?

For Leni: Ma’am, we’re actually really okay with you. You’re simple and sincere, new in politics, but a veteran in public service. Just make sure to prove that you’re really kind and qualified, okay?)

The Roxas and Robredo campaign has been rather rough.

Because while its bets harp on their plans for the country, they’re saddled with the baggage and failures of the current administration. So as they campaign, they also deflect the blows dealt by people frustrated with traffic, persistent poverty, unabated street crimes, among others.

The “Silent MEDYOrity” says it takes into account these realities, but accepts the bad along with the good.

(It’s true, we’re not die hard supporters but neither are we blind. Give credit where credit is due, right? Yes, we aren’t 100% sold but we know the difference between what’s been done and what hasn’t been done. We know that among the candidates, it’s undeniable, you’re the most qualified.)

As an aside, it’s a shame English translations don’t quite capture the humor or the Taglish post. But I digress. The manifesto continues:

(Despite this, I ask of you: don’t be complacent. If you win, we will stand guard. We will be the first to criticize you if you’re unable to fulfil your promises.

Again, we are The Silent MEDYOrity , and we are #NotThatSilentNoMore. Our cry: Not ‘They’re the ones!’ but ‘They will do!’)

As of writing, the group has over 800 members.

Granted, that’s not exactly the battlecry candidates would want to hear (I mean, who wants to be told “you’ll do?” – wow, hugot).

But with a week left to go in a hotly-contested election, any support – be it in full or with reservations – will surely do. – Rappler.com