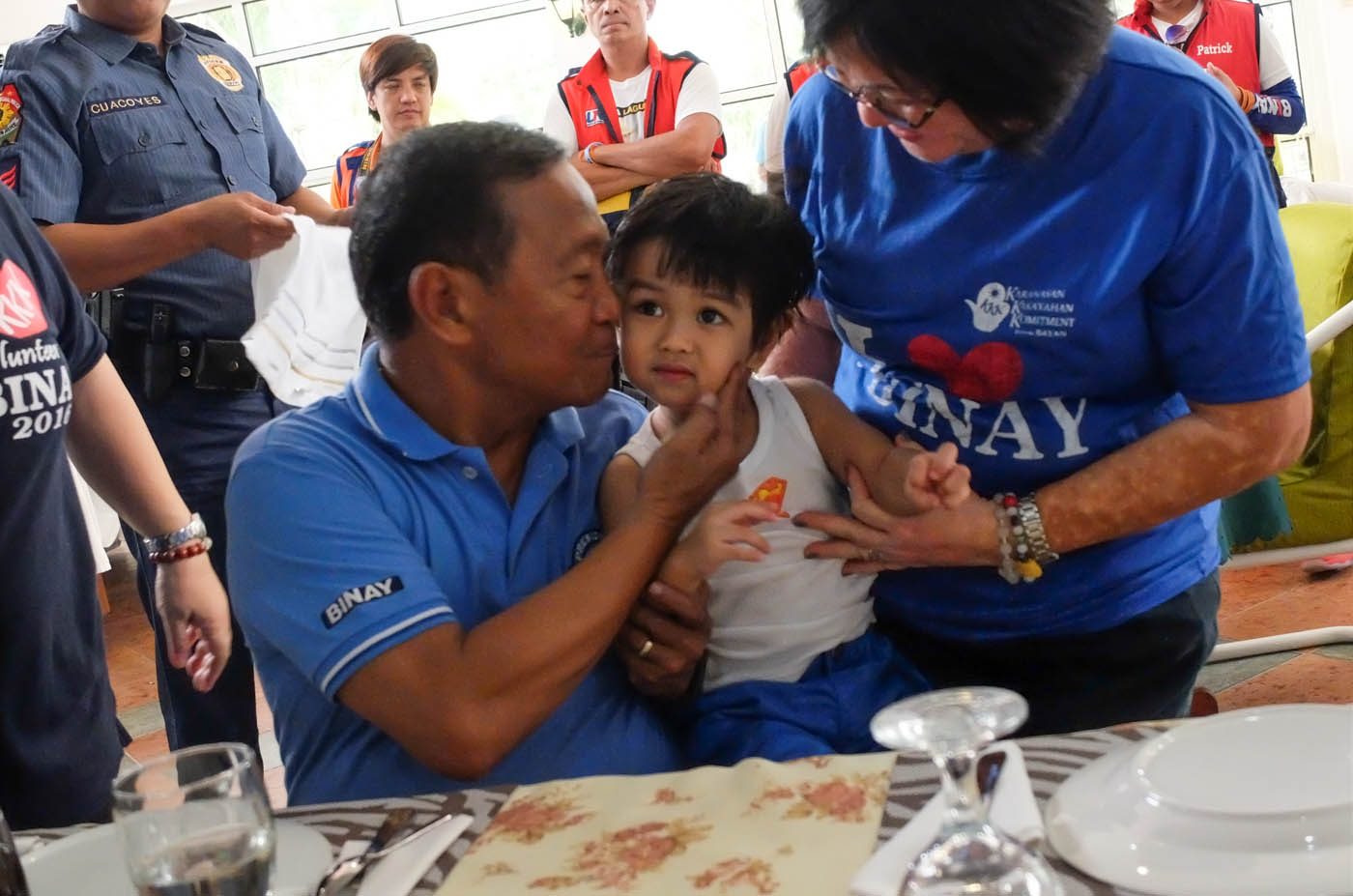 Facebook Twitter Copy URL
Copied
The Vice President lets vendors hug him in the public market, allows senior citizens to kiss him on the cheek, and holds hands with the people he meets on the campaign trail

It has been a long and gruelling campaign for Vice President Jejomar Binay.

Because he was the first to declare his presidential bid, he is arguably the candidate who has faced the most number of issues during his candidacy,

He was accused of premature campaigning and was even the subject of a year-long Senate probe on corruption allegations during his time as Makati mayor.

But Binay, a seasoned politician with 3 decades under his belt, is unfazed.

“Tama lang ‘yung sinasabi ko. Palagay ko, ako ang mananalo sa darating na halalan,” he told embedded reporters less than two weeks before May 9. (What I’m saying is right. I think I will become the winner of the elections.)

Where is this confidence coming from?

Campaign insiders said it is rooted in the political machinery Binay has built over the years. According to Ateneo de Manila University political analyst Rene Raymond Rañeses, the campaign homestretch is the time “when the surveys are no longer relevant.”

Undoubtedly, the status of Binay’s old machine may be questioned now that defections are happening among his political allies. (READ: The Scrum: Roxas, Binay and the political machine)

The Garcias of Cebu already dropped him in favor of Duterte. Another close ally from a vote-rich province, Cavite Governor Jonvic Remulla, is rumored to be switching his support to Duterte as well.

But one of Binay’s political strategists told Rappler that these do not surprise the Vice President.

“If you are a politician, you expect this thing to happen. Balimbingan (Switching loyalties) is the color of the game…. If you are an astute politician as the Vice President, walang personalan (you won’t take it personally),” said the source.

Apart from local politicians, the United Nationalist Alliance (UNA) standard-bearer is counting on his “personal” relationships with his fraternity brothers from the Alpha Phi Omega (APO) and the sister cities of Makati to keep his core votes intact.

While acting Makati Mayor Kid Peña of the Liberal Party already suspended the sister city program, the source said Binay already “nurtured his relationships with them through time.”

APO, the Makati sister cities, as well as the the Boy Scouts of the Philippines, Binay’s classmates from the University of the Philippines, and other volunteer organizations are part of his “parallel groups,” an umbrella term for non-partisan supporters of the Vice President. This network was pivotal in his 2010 vice presidential victory.

“That network has been campaigning since day one. Whatever happens, APO will be with him,” said the source.

Binay’s campaign team launched the Victory for Binay Election Summit (VIBES) in January together with APO and other volunteer groups.

Our vibes summit in Bulacan. Thanks for making VPBinay no 1 in 2010 and for the assurance you will repeat it.

Key allies of the Vice President, like UNA spokesperson Mon Ilagan above, conducted meetings or seminars with Binay’s supporters in the provinces to remind them why Binay is the candidate to vote for. This is on top of the day-to-day sorties of Binay.

“VIBES is really an effort to consolidate and rally core voters of the Vice President from 40 parallel groups that we have organized all over the country. We started January 19 and covered all the 17 regions, and 75% of all provinces,” Binay’s campaign spokesperson Rico Quicho said. 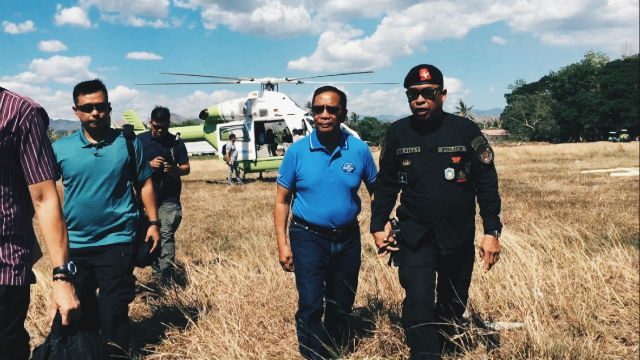 Former Quezon Representative Danilo Suarez, one of Binay’s closest advisers, said the term “political machinery” may not even be appropriate in the context of the Vice President.

“VP Binay’s pro-poor platform is the chassis on which the machinery is built, made robust by comprehensive socio-economic reforms that benefit the business sector and various industries, while keeping in mind the delivery of the basic needs and services for those who need them the most,” Suarez wrote in his column for The Standard.

“This is why the term political machinery, particularly in the context of VP Binay, is a misnomer: it has the Filipino’s heart at its core,” Suarez added.

It helps that Binay is naturally charismatic: he lets vendors hug him in the public market, allows senior citizens to kiss him on the cheek, and holds hands with the people he meets on the campaign trail. (READ: Cinderella Man, The Bandit King, and The Tragedy of Jejomar Binay)

(He even calls barangay chairmen on their birthday. Some are surprised when they find out it’s really Binay who’s calling them.) Apart from machinery operations, Binay’s anti-poverty message is also being reiterated across all platforms – from his last few sortie speeches to his recent political advertisements. (READ: Binay takes voters on ‘Biyaheng Ginhawa’ in new TV ad)

Aries Arugay of the University of the Philippines political science department believes this is Binay’s way of playing his strengths.

“The Vice President is trying to make the case to the public that he has no intention of conceding this early, that he’s still fighting, that he still has an ace up his sleeve,” said Arugay.

Still, the political analyst said it will be an “uphill climb” for Binay now that he has lost hold of the Class E vote. (READ: Analysts to Binay: Widen scope of message)

Arugay said this may explain why the Vice President is holding sorties across Luzon, where Binay is at his strongest, this close to the elections.

“If loyalty checks are being conducted right now, it’s in that area,” he added.

Rañeses also thinks Binay still has a chance to win the elections “if he is able to hold the ground war” and if he can convince the undecided.

“The goal is to expand that pa if they have the time and the resources. And by that I mean, may pera pa ba sila pambili (do they still have the money for payoffs)?” he asked.

As far as the Binay camp is considered, they are on an “all hands on deck” mode to campaign for the Vice President until the end.

“We are talking person to person, institution to institution, group by group, organization by organization…. We are reaching out to the undecided. We are consolidating our forces,” Quicho said.

With a presidential race as tight as this one, Binay and his campaign team are likely hoping that all their efforts during the endgame will pay off come election day. – Rappler.com