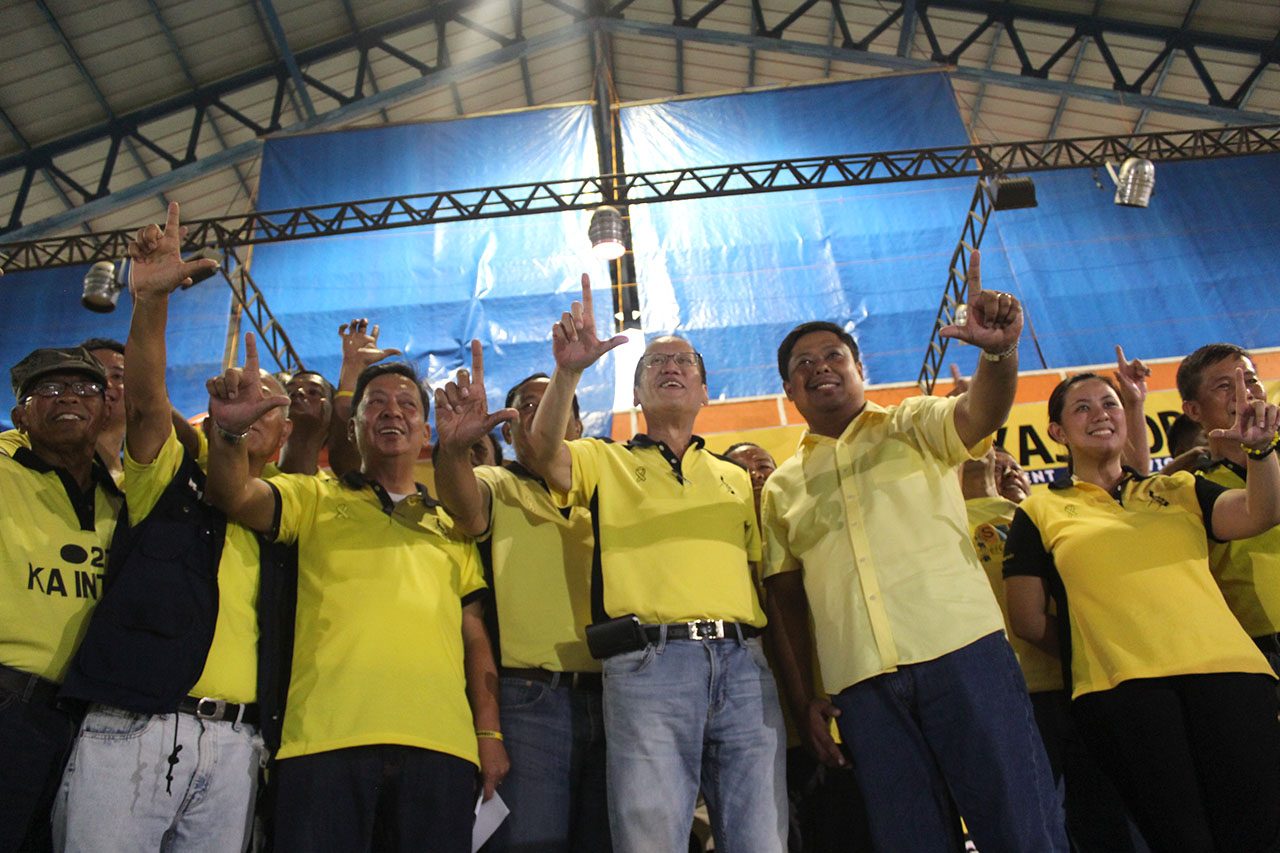 Facebook Twitter Copy URL
Copied
The President reminds Cagayan voters of the administration's projects in the province, including 3 bridges

CAGAYAN, Philippines – A week before the May 9 elections, President Benigno Aquino III on Monday, May 2, campaigned for the Liberal Party tandem Manuel Roxas III and Leni Robredo in Cagayan, the home province of Juan Ponce Enrile.

Aquino arrived in Cagayan with Roxas’ son, Paolo, and one of Robredo’s daughters, hours after meeting with the head of Iglesia ni Cristo in Quezon City.

He led the inauguration of a bridge in Pamplona town and later met with hundreds of local leaders in the province, led by Manuel Mamba, Cagayan gubernatorial candidate and former Presidential Legislative Liaison Officer.

Mamba, whose platform is centered on eradicating blacksand mining and graft and corruption in Cagayan, described Aquino as “close friend.”

Both Aquino and Mamba are known nemesis of the Enriles in Cagayan. Senator Juan Ponce Enrile was jailed last year for plunder, but was ordered released by the Supreme Court due to poor health.

Mamba has been openly describing the Enriles as “Number One plunderers” in the country. He also tagged them as the minds behind the magnetite mining operations in the province.

The Cagayan-Isabela region is a known bailiwick of presidential candidate Jejomar Binay, whose mother is from Isabela. He celebrated Easter Sunday in March in the province, declaring he expects to win in the 2 provinces again come May 9.

In April, the sons of Roxas, Grace Poe and Rodrigo Duterte campaigned in the area almost at the same time.

Aquino, in his speech before the supporters in Tuguegarao City, asked them to vote for Roxas and Robredo to ensure the continuity of Daang Matuwid (straight path).

(We already built 3 big bridges here. In my home province, we only built one. Here, there are already 1, even though I only placed second here in the 2010 elections.)

Among the three was the Pamplona Bridge, which Aquino inaugurated on Monday.

The P640-million bridge replaced a dilapidated bridge in Masi village in the town of Pamplona. It was started in February 2013.

The bridge connects Cagayan Valley to Cordillera and Ilocos regions.

Aquino also said Cagayan received P17.4 billion during his administration, compared to the P3.79 billion they got from former President Gloria Macapagal Arroyo.

But besides his accomplishments, he also cited the contributions of Roxas and Robredo.