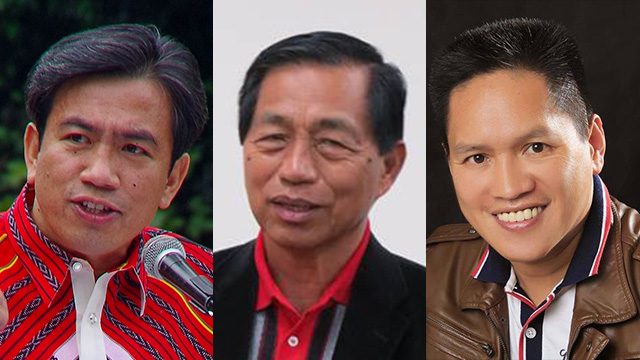 BAGUIO CITY, Philippines – The anticipated candidate-list of the vote-rich Iglesia ni Cristo include incumbents Nicasio Aliping Jr from the Liberal Party for Congress, Mauricio Domogan from the United Nationalist Alliance for mayor, and Edison Bilog for vice mayor under the Nationalist People’s Coalition.

Mayoral bet Jose Mencio Molintas said he was hoping for the endorsement of the religious group but respects the decision of the organization.

Although said to be a tight-locked bloc vote, Molintas doubts the votes now will be rock solid.

Molintas said the issue surrounding the vendors’ groups, market concerns, as well as garbage problems in the city may weigh heavier than orders of a group for power.

“I doubt that all of the people will follow,” Molintas laments.

Sun.Star Baguio tried to get the side of mayoral bet Del Claravall but his campaign manager Eric Picart said no statement will be given for the recent endorsement.

Sun.Star Baguio tried but failed to get the statements of Mark Go as well as the camp of Bernardo Vergara who are both running for congress.

In Benguet, the group has reputedly endorsed Crecensio Pacalso for governor, Florence Tingbaoen for vice-governor, and Ronald Cosalan for congressman.

The province is gearing for the battle between incumbent governor Nestor Fongwan and Cosalan for the congressional race billed to be one of the most exciting turnouts in the history of the province.