May 8, 2016 7:52 AM PHT
Chrisee Dela Paz
Facebook Twitter Copy URL
Copied
'Even if he is not on my side, kindly support Pacman. He is my friend. We are both from Mindanao,' Duterte says in Filipino during the Rizal Park campaign rally 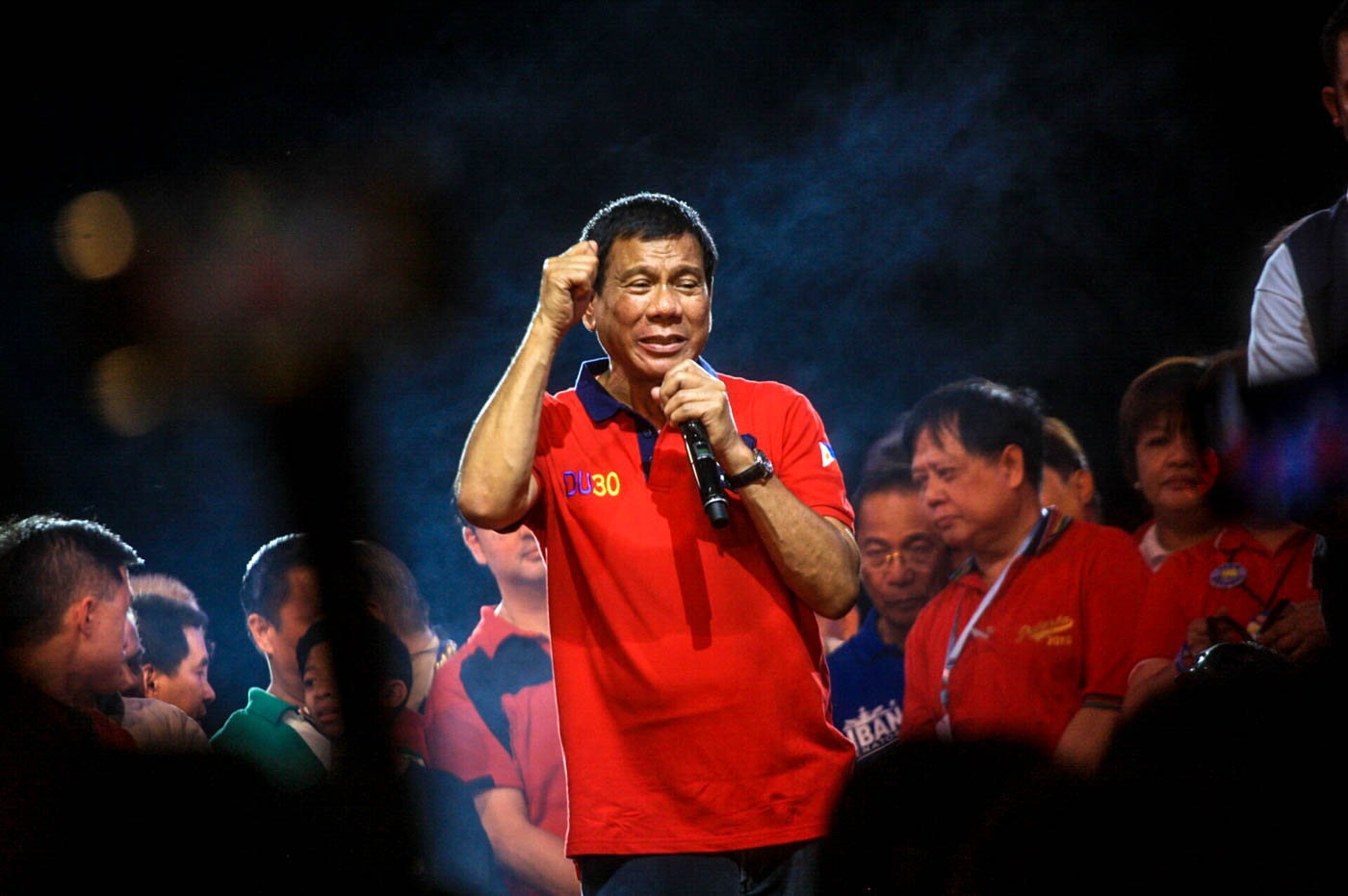 MANILA, Philippines — Presidential front-runner Davao City Mayor Rodrigo Duterte asked his about 300,000 supporters during his final campaign rally to vote for boxing champion and Sarangani Representative Manny Pacquiao, who is running for the Senate.

Although the boxing champion is not in his senatorial line-up, Duterte asked his supporters not to forget Pacquiao on May 9 elections. (READ: Duterte at miting de avance: It will be one Filipino nation)

“Even he is with VP Binay, I would still like to pitch for him. Huwag ninyo siyang kalimutan (Don’t forget about him),” Duterte said during the rally at the Rizal Park in Manila City on Saturday evening, May 7.

Both from Mindanao, Duterte said he and Pacquiao made sacrifices for the region. (READ: Pacquiao chooses Binay over friend Duterte) 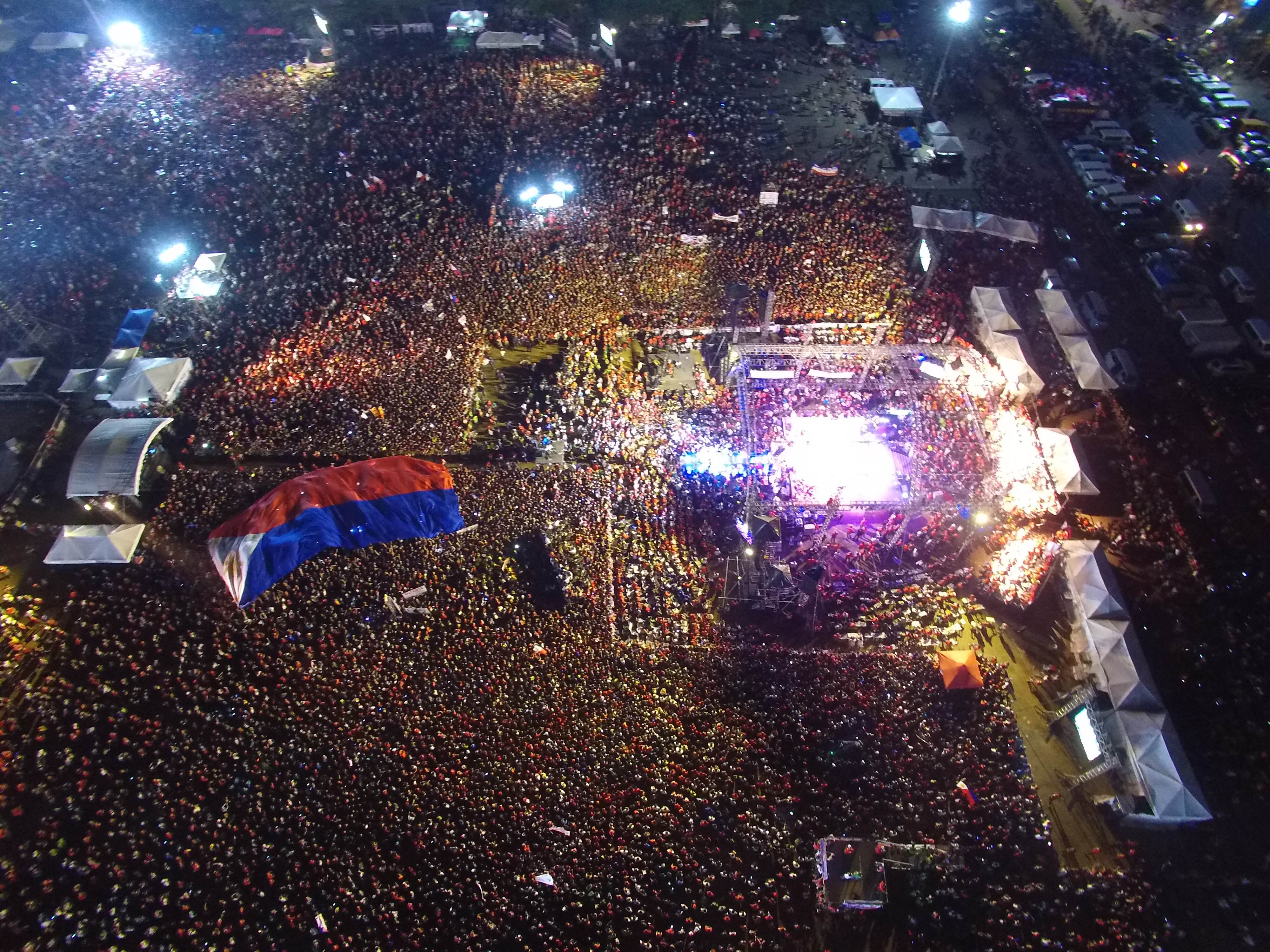 (Even if he is not on my side and he is with the rival, kindly support Pacman. He is my friend. We are both from Mindanao and we were together in sacrifices and happiness.)

(We are really friends, we are close. Our friendship will not be affected by this, as it is just politics.)

The tough-talking Davao City mayor and boxing champ are long-time friends. Duterte had said that Pacquiao’s life story is an inspiration to Filipinos.

In October last year, Duterte said he wants the boxing champ to be part of his “dream team” of senatorial bets. — Rappler.com