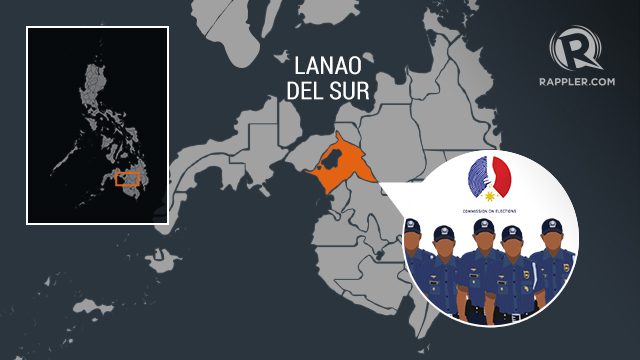 MARAWI CITY, Philippines – Fearing for their lives, 200 teachers from 5 municipalities in Lanao del Sur are boycotting their poll duty on Monday, May 9, prompting the Commission on Elections (Comelec) to deploy policemen to replace them.

Senior Inspector Barlowe Espiga said they are fielding 200 policemen to replace the teachers who will not be reporting Monday as members of the Board of Election Inspectors (BEI) in the municipalities of Butig, Maguing, Sultan Dumalondong, and Bacolod-Kalawe in Lanao del Sur.

Espiga said the policemen who will be deployed are from Tawi-tawi, Sulu, and other provinces in the Autonomous Region in Muslim Mindanao (ARMM).