Binay: I drafted my victory speech MANILA, Philippines (UPDATED) – He is ready for victory.

(Last night, I prepared my victory speech because I think, and even you can attest to that during our sorties, that we will win.)

Binay talked to reporters over breakfast at his Makati City home, after he cast his vote. 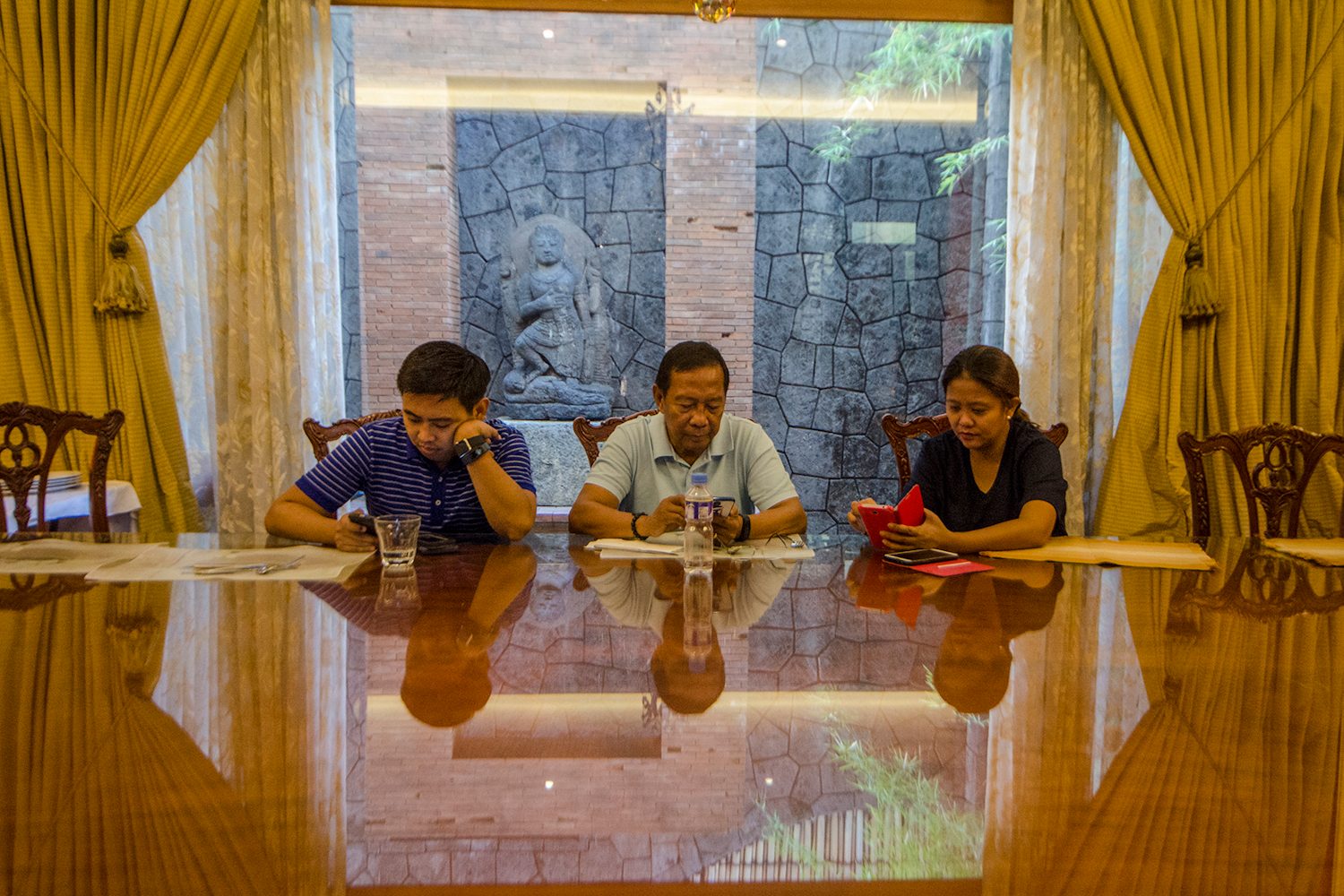 He then accompanied his wife, former Makati mayor Dra Elenita Sombillo-Binay, as she voted at their precinct at San Antonio National High School.

The Vice President also joined her daughter Makati Second District Representative Abigail Binay-Campos and her husband Luis Campos as they cast their vote at the San Jose Elementary School. Abby is running for mayor, the 4th Binay to do so in the past 3 decades. Her husband is eyeing to replace her congressional seat.

Before going with Abby, Binay visited the wake of one of his childhood friends’ nephew at Kuli-Kuli, Pio del Pilar, Makati, where Binay used to collect pig slop for his uncle’s piggery.

The UNA standard-bearer also passed by the wake of his former chief of security’s brother at Barangay Guadalupe Nuevo. On Monday, Binay once again expressed his vigilance over possible cheating during the elections.

(I’m number one in the ballot. I’m saying again right now that I’m hoping in God and for the people that we will have a clean and honorable elections. I’m concerned about massive cheating, especially considering what was done to me. The first two phases happened already; what’s left is the principal phase.

Once the front runner in presidential preference surveys, Binay saw his numbers dropped early this year in the wake of corruption allegations against him and his family. He managed to recover after the campaign period began in February 2016, but suffered a drop again after the 3 presidential debates.

Binay is behind Rodrigo Duterte, Grace Poe and Manuel “Mar” Roxas, according to latest polls.

But his camp insisted that his own political machinery will spell the difference on Monday. It’s the same machinery that beat Roxas in their bitter rivalry for the vice presidential post in 2010.

Asked how Binay can catch up with the poll front runner Rodrigo Duterte, who has a 30%-plus rating, Puno said, “We will see how that goes but we’re confident that with our field organization, the parallel groups, that we’re going to be able to bring it across the line.” – Rappler.com