Binay not yet conceding, will wait for complete count 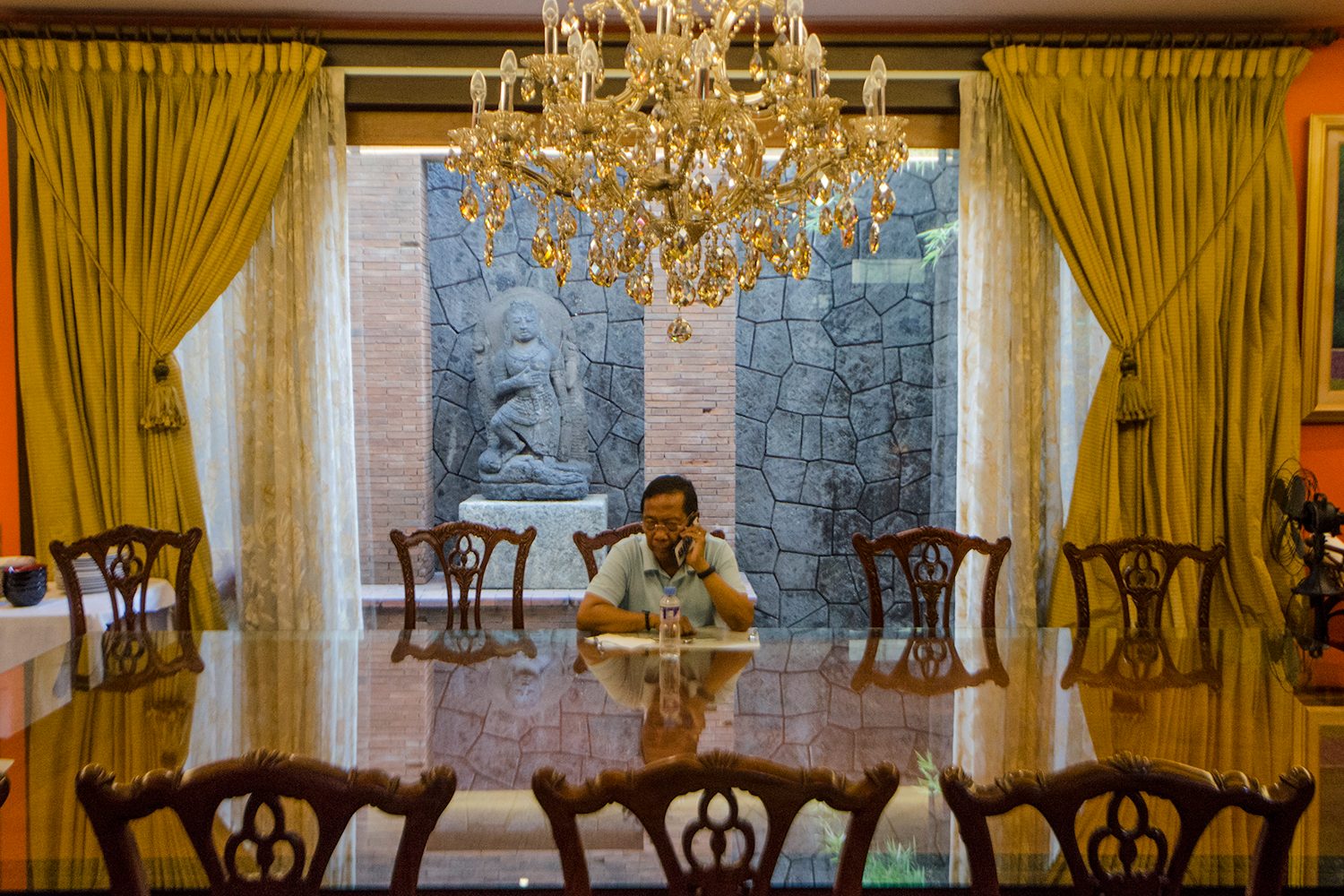 Facebook Twitter Copy URL
Copied
'I have repeatedly called for respecting institutions and the democratic process. Once the process is completed, we should always respect the outcome,' the Vice President says late Monday night

MANILA, Philippines — He will hold on until the end.

Despite trailing behind in 4th place in the partial and unofficial tally of votes, Vice President Jejomar Binay is not conceding his presidential bid just yet. (READ: Binay: Quitting is not in my vocabulary)

“I have repeatedly called for respecting institutions and the democratic process. Once the process is completed, we should always respect the outcome,” said the United Nationalist Alliance (UNA) standard-bearer in a written statement sent to reporters late Monday evening, May 9.

“We should all move towards healing and unity for our divided land,” added Binay.

The Vice President’s statement was released roughly two hours after he arrived at the UNA headquarters at the New Horizon Hotel for a closed-door meeting with his campaign team.

A few minutes before his arrival, UNA officials also alleged intimidation of Binay supporters and vote buying by the ruling Liberal Party (LP).

Front runner Davao City Mayor Rodrigo Duterte continues to pull away from his rivals with 12,606,829 votes so far, equivalent to 38.7% of the votes transmitted.

During his miting de avance on May 7, Binay predicted he would get around 15 million votes and lead by at least 3-5 million. He and his camp said his political machinery would propel Binay’s victory in the 2016 elections.

On Monday morning, Binay even said that he had already prepared his victory speech. – Rappler.com