Comelec: Transmission of votes fastest in 2016 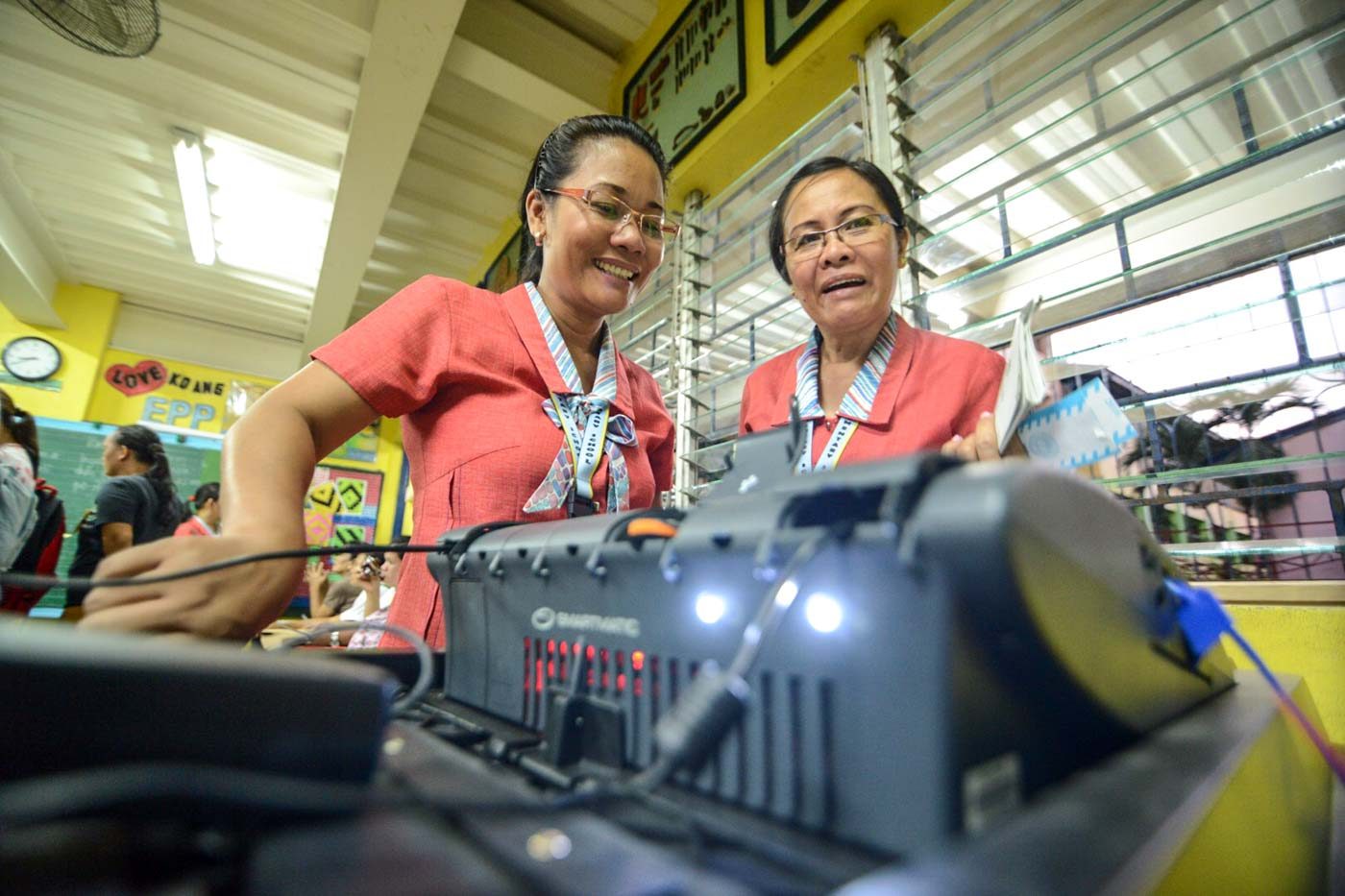 MANILA, Philippines – Saying this should prove doomsayers wrong, the Commission on Elections (Comelec) on Monday, May 9, said the transmission of votes this year is the fastest since the Philippines began to automate its elections.

In a media briefing past 9 pm on Monday, Comelec Chairman Andres Bautista said the vote transmission rate as of 8 pm was already at 60%.

On Monday, as of 11:09 pm, around 76.05% of precincts have reported election results, according to the partial, unofficial election results from the Comelec-GMA7 Mirror Server.

He added that telecommunications companies also helped the Comelec in achieving this fast transmission rate.

Bautista then explained the importance of quick transmission in ensuring credible polls.

“If the transmission is not accurate and quick, there may be allegations that something is going on,” Bautista said.

He added: “When things are being delayed, there can be temptations that come our way. And therefore to help us out, let’s do it fast. Release the results as quickly as possible.”

Bautista earlier said the Comelec is targeting a 90% transmission rate.