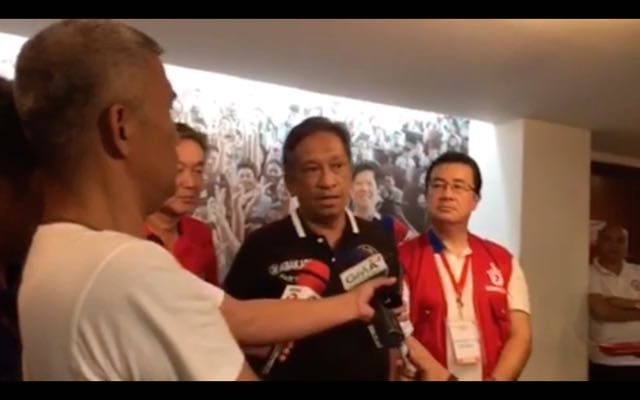 At past 3am Tuesday, May 10, Robredo snatched the top spot in the vice presidential race by a slim margin of at least 500 votes.

“While the country is sleeping, we have seen a steep degree of his lead from one million to now trailing by 500 votes,” Marcos’ campaign adviser told reporters in a briefing.

Dela Cruz wants the Commission on Elections (Comelec) to provide their camp a breakdown of the votes, stressing that the surge of votes for Robredo “came out of the blue.”

“We do not know where these votes are coming from,” he also said.

Asked what would be their camp’s next action, dela Cruz implied that they will call on the Comelec to stop releasing the unofficial results.

Marcos’ confidence on winning the elections slowly eroded Monday evening when he said he did not have a “comfortable lead” over Robredo.

He said that he will only be relieved when he takes his oath, noting that it has been hard to identify the source of votes transmitted. His camp said that based on reports, they are uncertain what specific areas or provinces are the votes coming from.

The son and namesake of the late dictator Ferdinand Marcos was leading the race by over a hundred thousand when transmission of results began just minutes after the polls closed at 5pm Monday, May 9. By the middle of the transmission, the margin grew by almost a million until it again shrank to a few hundred thousand.

Marcos, in the days leading to the election, has rallied his supporters to guard their votes after receiving reports of discrepancies in the voting receipts of his supporters abroad during overseas absentee voting.

He has also slammed the Liberal Party for “conditioning” the minds of voters when he lost the top spot to Robredo in the last ABS-CBN survey. Robredo’s camp, however, denied his accusation.

Robredo’s camp, meanwhile, earlier warned the Marcos camp to not condition the minds of the public with “false accusations.”

“Let’s all be reminded that it is not impossible that the majority of our people don’t want an unrepentant Marcos back,” a statement from the Robredo camp said. – Rappler.com