May 10, 2016 5:01 PM PHT
Rappler.com
Facebook Twitter Copy URL
Copied
After ending his career in the boxing ring, Pacquiao is about to tackle a new job 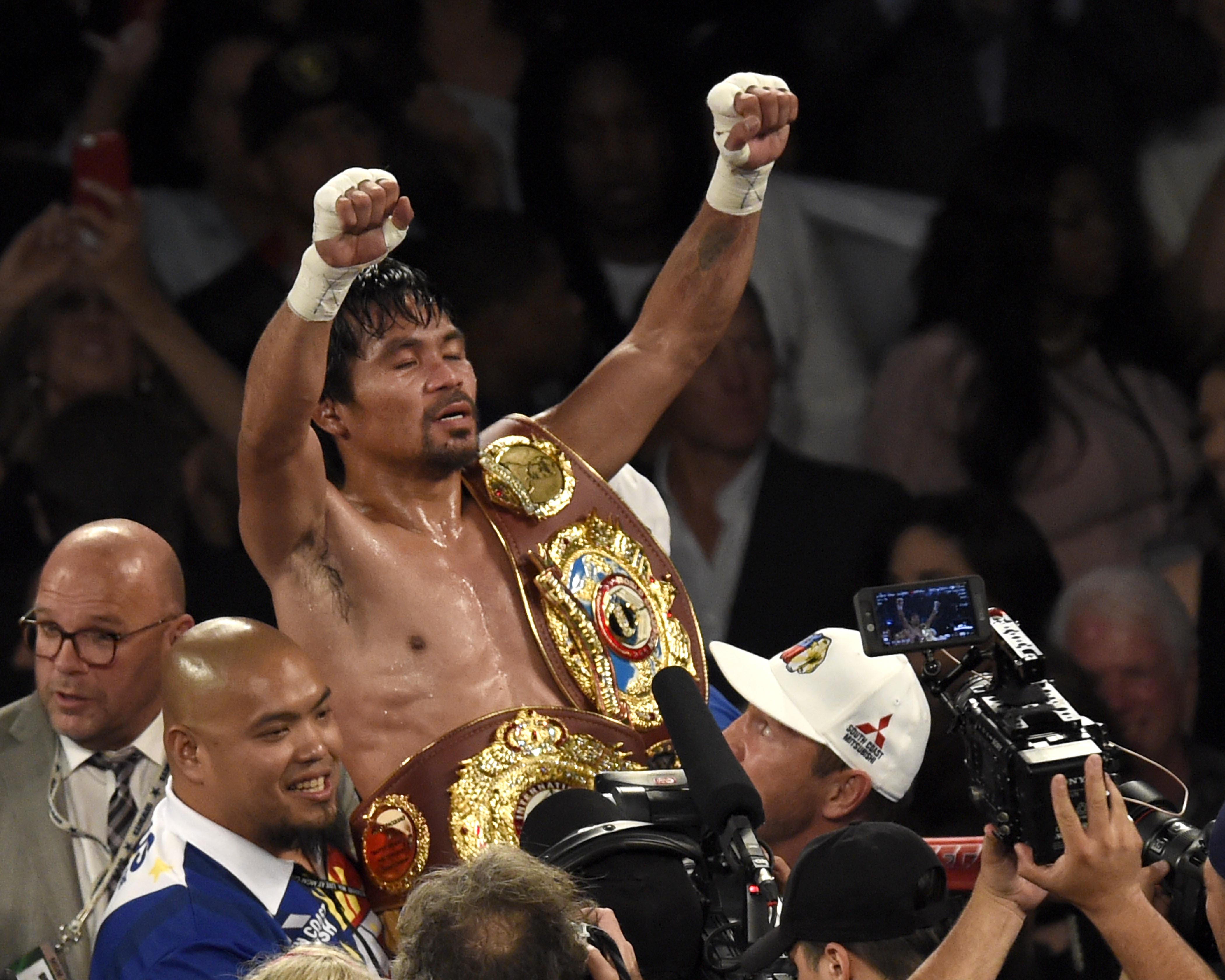 MANILA, Philippines – Boxing hero Manny Pacquiao is poised to win a seat in the  Senate, according to unofficial election results Tuesday, May 10.

Since the unofficial quick-count of the May 9 election results began Monday night, May 9, Pacquiao had been in the top 12 senatorial candidates, reflecting pre-election survey results.

Pacquiao, 37, whose rise from desperate street kid to boxing superstar has made him one of the nation’s biggest heroes, retired from boxing last month to become a full-time politician.

Regarded as an icon in the impoverished nation, Pacquiao‘s boxing matches have regularly brought the country to a standstill.

The high school dropout has parlayed his sporting successes into a fortune from commercial endorsements, eventually moving into a political career, serving two terms as a congressman.

His foray into government was part of a long-term strategy to become president, a not unrealistic ambition given his wild popularity.

But his critics have charged that he performed poorly in Congress, barely attending sessions, and instead preferring to train for matches, bask in the celebrity limelight, and dabble in professional basketball.

Nevertheless, he campaigned actively for the Senate, touring the nation and delivering impassioned speeches recalling his tough upbringing.

“If a leader has not experienced being poor, he cannot truly feel for the poor,” he said at one campaign rally.

“The children sleeping on the streets, using cardboard boxes for blankets, I know how that feels. I know how it feels to go hungry for whole day, just drinking water to survive.”

During his campaign, Pacquiao promised to help the poor, improve the lot of farmers and teachers, campaign for free education, and – in a nod to his old profession – secure funding for grassroots sports programmes.

“Sports doesn’t get any budget. That is why…. we cannot produce a single gold medal,” he said, referring to the Philippines’ long and so far fruitless quest for Olympic gold.

The boxer, a devout evangelical Christian, generated headlines and lost a valuable Nike sponsorship in February when he described homosexuals as “worse than animals” in a TV interview.

But the comments had far less impact in the Philippines, with surveys showing his popularity slumping only slightly afterwards then quickly recovering.

Answering his critics, who say he is not fit to be a senator because he has little education or track record as an effective lawmaker, Pacquiao has insisted his rags-to-riches story qualifies him for the job.

His election is part of a wave of populism in the Philippines, which saw firebrand politician Rodrigo Duterte win the presidency in a landslide Tuesday. – with a report from Agence France-Presse Rappler.com