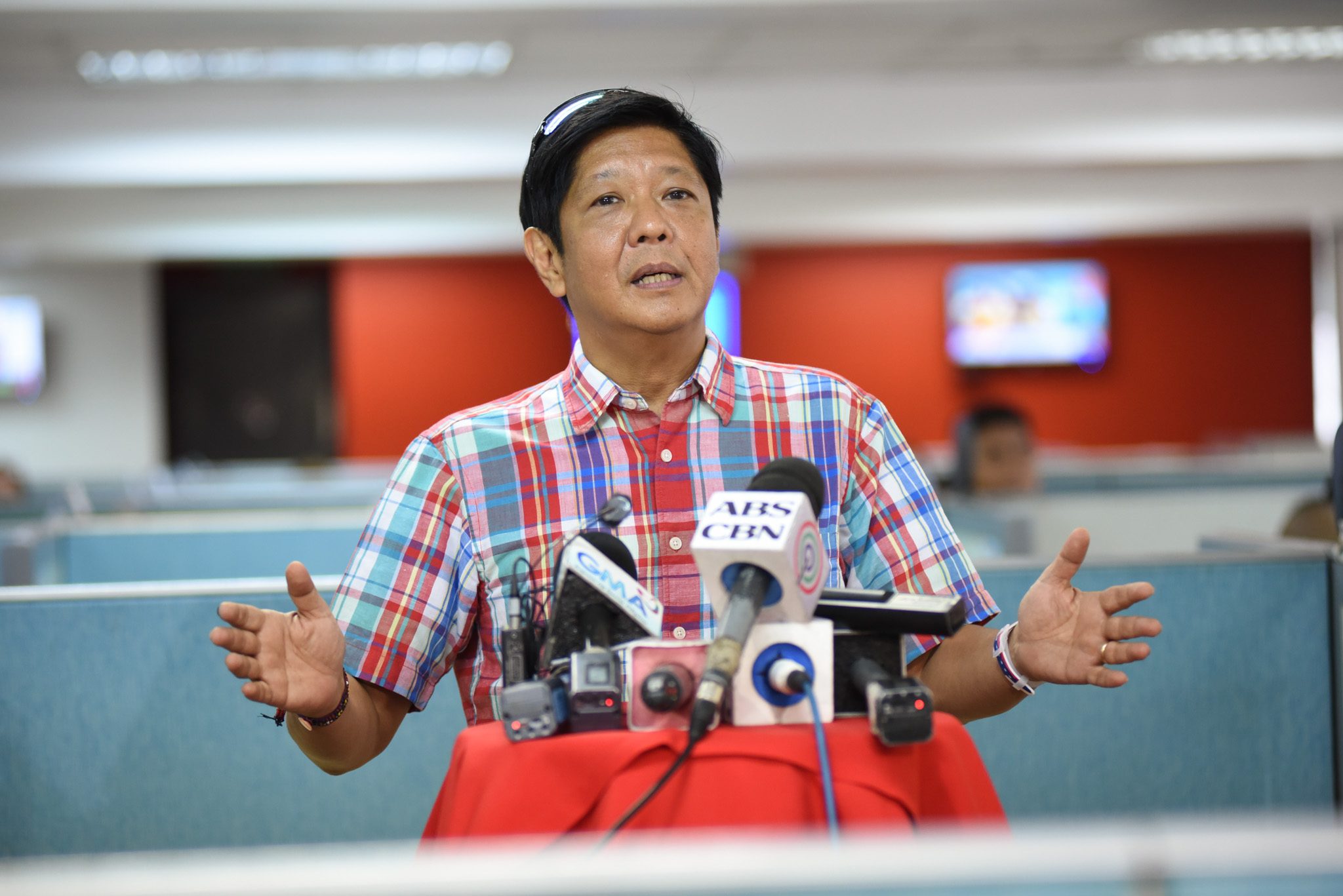 Facebook Twitter Copy URL
Copied
'It was a very measured increase in the votes that doesn't seem to follow what our internal surveys are saying,' Senator Ferdinand Marcos Jr says

MANILA, Philippines – The son and namesake of the late dictator Ferdinand Marcos is holding on to a possible win in what is an exhilaratingly close vice presidential race.

“I am not conceding. In the [internal] polls, I am ahead… It’s very clear in my mind,” Senator Ferdinand “Bongbong” Marcos Jr told Rappler on Tuesday evening, May 10, a day after the elections.

“It was a very measured increase in the votes that doesn’t seem to follow what our internal surveys are saying,” he explained.

Marcos consistently led in the unofficial tally within 10 hours after polling precincts closed, but Robredo edged ahead of him at 3:29 am on Tuesday, with over 80% of precincts reporting.

Robredo has since had a steady marginal lead over Marcos, who now claims his camp expressed concerns with the transmission of votes even before Robredo took the lead.

“I felt that even as we went past almost 10% of the precinct count, the numbers were slowing down already,” Marcos said.

Robredo of the ruling Liberal Party (LP) has been likened by her supporters to the late democracy icon Corazon Aquino, whose loss in what oppositionists regarded as a rigged 1986 Philippine snap elections led to the People Power Movement that ousted Marcos Sr.

Outgoing President Benigno Aquino III is the democracy icon’s son and has campaigned against Marcos, who alleged in a pre-election speech that only massive cheating by the Aquino-led LP will keep the vice presidency from him.

With the race now neck and neck, Pulse Asia research director Ana Tabunda told Rappler that it is best to wait until 99% of the transmission has been completed.

But Marcos, concerned with a possible discrepancy, has asked the Commission on Elections (Comelec) to stop the unofficial count.

He said initial tallies in the past did not reach 100% anyway, adding that a discrepancy between the unofficial and official counts might affect perceptions of legitimacy for the winning candidate.

Marcos cited alleged anomalies, including the possibility of dagdag-bawas (padding and shaving of votes), especially in Mindanao.

“All of these things really require an explanation [from the Comelec],” the senator said.

Sociologist Nicole Curato said any such suspicions need to be addressed by the poll body, regardless of the personalities involved. – Rappler.com