‘Escudero supporters switched to Robredo to prevent a Marcos win’ 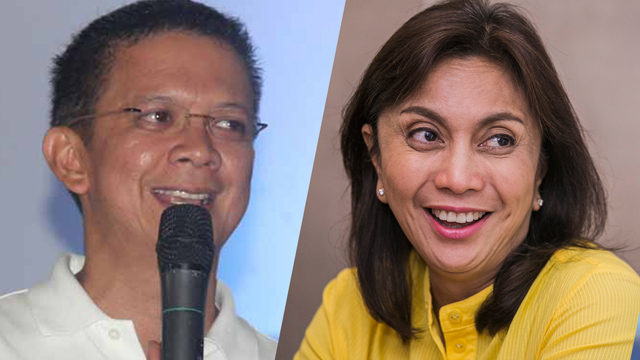 MANILA, Philippines – After making his concession speech on Tuesday, May 10, Senator Francis “Chiz” Escudero was asked if he saw this coming – ranking 4th instead of 3rd in a tight vice presidential race.

(I’m learned when it comes to numbers and surveys, but I owe it to our supporters and to Senator Grace’s supporters to fight, give our all, because I don’t think it’s right to stop halfway in the fight.)

Early in the campaign, Escudero was the vice presidential front runner based on the surveys. But in March 2016 or less than two months before the elections, Senator Ferdinand “Bongbong” Marcos Jr edged Escudero out of the top spot.

All surveys released a week before May 9 showed Escudero ranked only 3rd place next to Marcos and Camarines Sur 3rd District Representative Leni Robredo, who were in a statistical tie.

(We knew from the get-go that we lack the resources and machinery, but we still tried to give our citizens an option and opportunity to choose who they really want.)

In his concession speech, Escudero said he hoped that Robredo, his fellow Bicolano, would emerge as the winner of the elections.

But for political analyst Richard Heydarian, what happened was more than just the lack of a political machinery. It had to do, he said, with a strong desire to “prevent a Marcos return to the office.” (READ: Hairline gap between Robredo, Marcos)

“I think the inclusion of Chiz Escudero kind of helped her,” Heydarian said on Tuesday, during Rappler’s live coverage of the 2016 elections.

“Some people would argue she’s unlucky because there were 4 Bicolanos fighting, so the Bicol vote was split the way the Ilocano-Northern Luzon vote was not split. But I think what happened was when Chiz was going down, a lot of Chiz supporters I think switched to Leni because they saw her as the more competitive candidate that could prevent a Marcos return to the office.”

Based on the partial, unofficial results from the Comelec-GMA7 Mirror Server, Robredo currently leads in 5 out of 6 Bicol provinces: Albay, Camarines Norte, Camarines Sur, Catanduanes, and Masbate.

Escudero dominated in his home province Sorsogon, but only ranked second to Robredo in Albay, Camarines Norte, and Catanduanes. Marcos was the second choice in Camarines Sur and Masbate.

Heydarian said with the perception that “the return of Marcos is something we have to stop,” Robredo became the rallying point for the “reformist vote.”

“She gravitated most likely even votes from Chiz Escudero. A weaker Chiz Escudero was better for Leni and was just good enough for Leni to have edged out Marcos,” Heydarian explained.

Cayetano, he said, kept it “strong enough” to deny Marcos votes from Mindanao and the peripheries.

Two days after the elections, it’s still a tight vice presidential race between Robredo and Marcos. In the partial, unofficial tally, Robredo is ahead by more than 200,000 votes as of 3:58 pm, with 95.55% precincts reporting.

But on Tuesday, the Marcos camp already raised the possibility of dagdag-bawas (point-shaving) in the Comelec unofficial transmission of votes. On the same day, Robredo urged Marcos to stop “unfair” allegations of cheating.

Even days before May 9, Marcos had already accused Robredo’s ruling Liberal Party of plotting to cheat its way to victory or scheming to oust Rodrigo Duterte if the mayor and Robredo won.

Robredo countered that Marcos was apparently using her to woo Duterte’s supporters as she denied the allegation. (READ: LP’s ‘Plan B’? Duterte ouster if Robredo wins – Marcos)