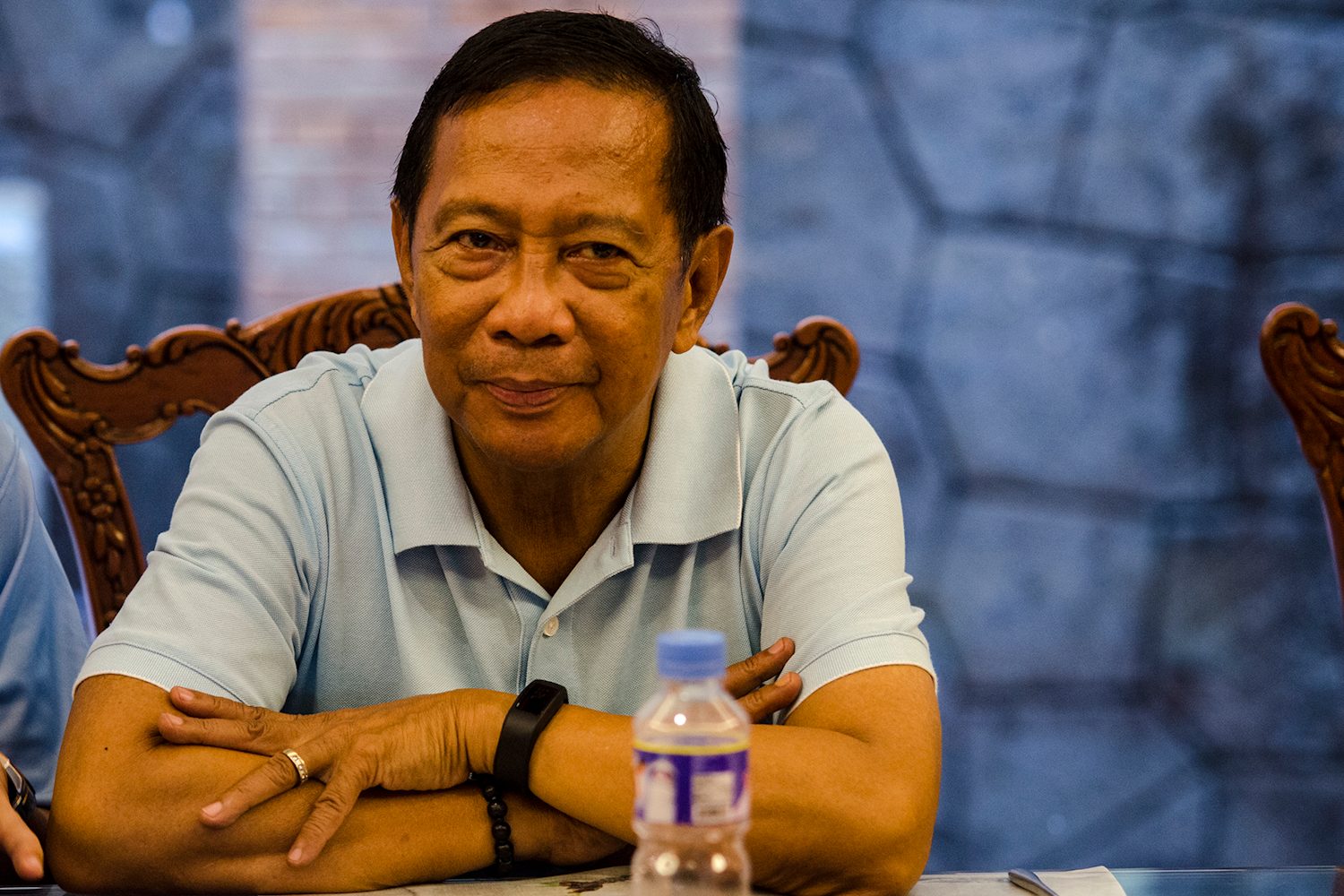 “We confirm that Vice President Binay has talked to President-elect Duterte. He extended his congratulations and wished the president-elect all the best,” said Binay’s communications director Joey Salgado late Thursday evening, May 12.

He said during the phone call, Binay addressed Duterte as “Mr President.”

The younger Binay described the phone call as “light and cordial, filled with laughter, which is not surprising considering their ties,” said Salgado.

He said the Vice President respects the voice of the poeple.

“We ask everyone to set aside partisanship and help the incoming administration move this nation towards unity and healing,” added Salgado.

Does this mean the Vice President is also conceding to Duterte? Binay’s spokesperson Rico Quicho said their camp does not use the term “concede.”

(You know, they might use the word concede based on their interpretation. We called so we conceded. In our part, we don’t use that word because we want the process to be finished, to respect the process, and we rally behind one president.)

The United Nationalist Alliance (UNA) standard-bearer previously said he will not be conceding defeat until the final release of the results of the 2016 polls.

“I have repeatedly called for respecting institutions and the democratic process. Once the process is completed, we should always respect the outcome. We should all move towards healing and unity for our divided land,” said Binay in a statement late evening on May 9.

He then briefly appeared before the media with his Alpha Phi Omega fraternity brothers, who tried to keep his spirits up despite Binay placing 4th in the ongoing transmission of votes.

As of 9:55 pm on Thursday, Duterte already had 38.5% of the transmitted votes or 15.92 million votes in the partial and unofficial results, with 95.87% of precincts reporting to the Commission on Elections’ mirror server. (VIEW: #PHVote 2016 Live Results)

Binay, meanwhile, only managed to get 12.9% of the votes or 5.31 million votes, trailing behind Duterte, Liberal Party standard-bearer Manuel Roxas II, and Senator Grace Poe.

Poe was the first to concede to Duterte late evening on May 9 and was then followed by Roxas on May 10.

Of the 5 presidential candidates, Binay was the first to declare his bid for the presidency upon being elected Vice President in 2010.

He was the early survey front-runner until he took a beating after the more than yearlong Senate probe into allegations of corruption and unexplained wealth against him during his time as Makati mayor.

Binay has repeatedly called the investigation “political persecution,” designed by his detractors to derail his presidential bid. – Rappler.com