Pineda fails to deliver for Aquino’s bets in Pampanga 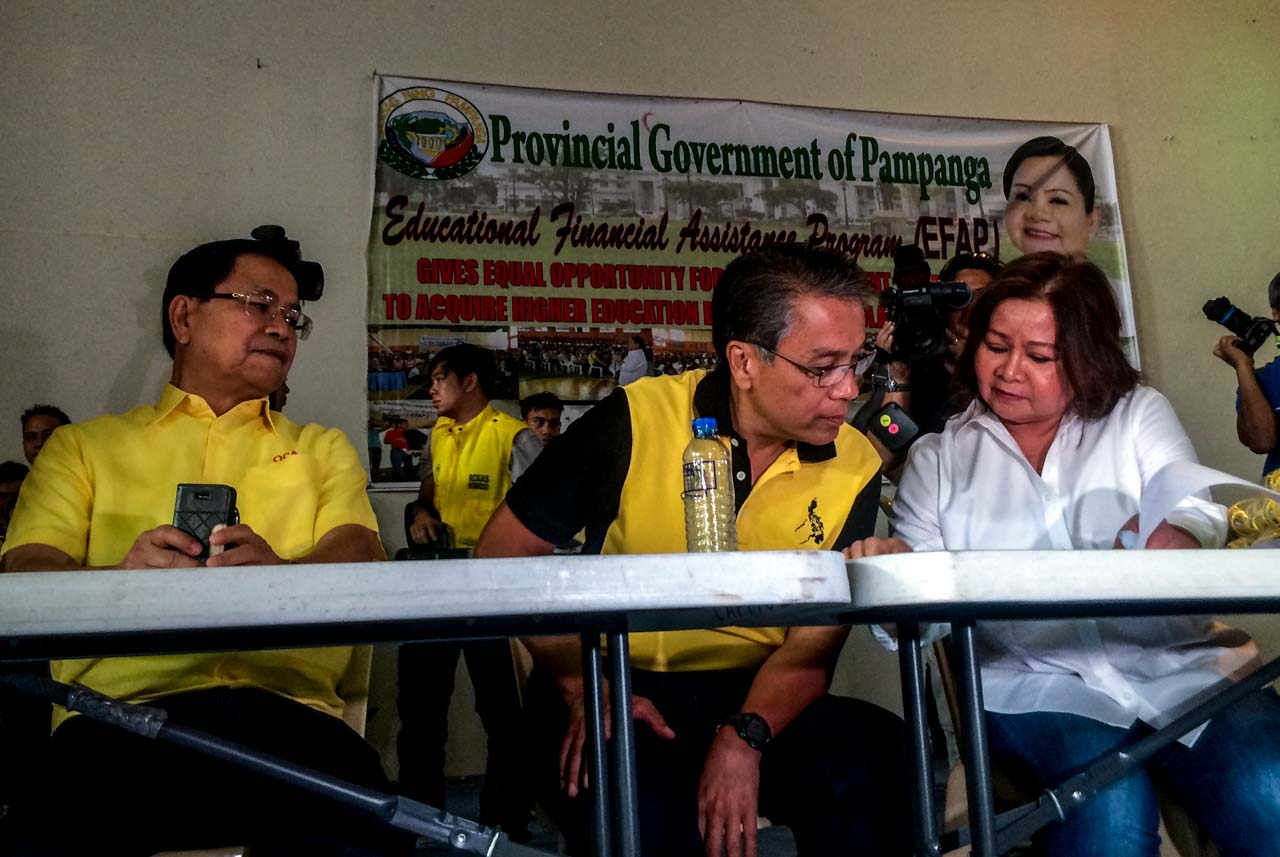 In the Pineda clan’s hometown of Lubao, Duterte secured the top spot with 25,191 votes, while Roxas was 4th with only 4,194 votes. (WATCH: Arroyo ally Pineda supports Roxas-Robredo tandem in Pampanga)

Marcos also won the vice presidential race in Lubao town with 31,849. Robredo is in 2nd place with only 11,812 votes.

During President Benigno Aquino III’s visit in Pampanga on March 17, Pineda vowed her province’s full support for the LP candidates.

In Angeles City, a highly urbanized city which is politically independent from Pampanga, Duterte won in the presidential election with 67,773 votes, followed by Poe with 38,112 votes, Roxas with 14,770 votes, Binay with 11,383 votes, and Santiago with 7,044 votes.

Mayor Edgardo Pamintuan, who won his reelection bid for his 3rd term against Senator Manuel “Lito” Lapid, endorsed the candidacy of Duterte.

About half of Tarlac’s residents are Ilocanos. – Rappler.com