EXPLAINER: What Marcos Jr should do to prove election fraud

Facebook Twitter Copy URL
Copied
If Mr Marcos seriously wants to know the truth, the truth is just sitting on his lap. His team surely has copies of the election returns printed at the precincts.

“Fast count stuns the nation.” This was the headline of a newspaper 6 years ago when Benigno Aquino III was elected in the Philippines’ first automated elections.

Last May 9, the country was stunned again by the unprecedented speed by which the votes were counted and transmitted. It did not take time after the closing of the polls for Mindanao’s Rodrigo Duterte to confirm his front runner status in the presidential race.

It was hailed by many to be the most peaceful, credible, and transparent elections in Philippine history, such that a few hours after and still within election day, Grace Poe conceded. Mar Roxas, the second placer, did the same the morning after. In Philippine politics where candidates often believe they were not defeated, only cheated, these were very refreshing gestures. They helped restore the public’s faith in the election system.

Despite the perceived success of the elections, however, vice presidential candidate Ferdinand “Bongbong” Marcos Jr, son of the late dictator Ferdinand Marcos and former First Lady Imelda Marcos, started to cast doubt on the process when his opponent Leni Robredo overtook him in the unofficial count being run by the Parish Pastoral Council for Responsible Voting (PPCRV) and various media outfits.

The Catholic church-based watchdog is connected to the Transparency Server of the Commission on Elections which instantly receives transmissions from the polling precincts from all over the country. PPCRV shares with the media and political parties what it receives. 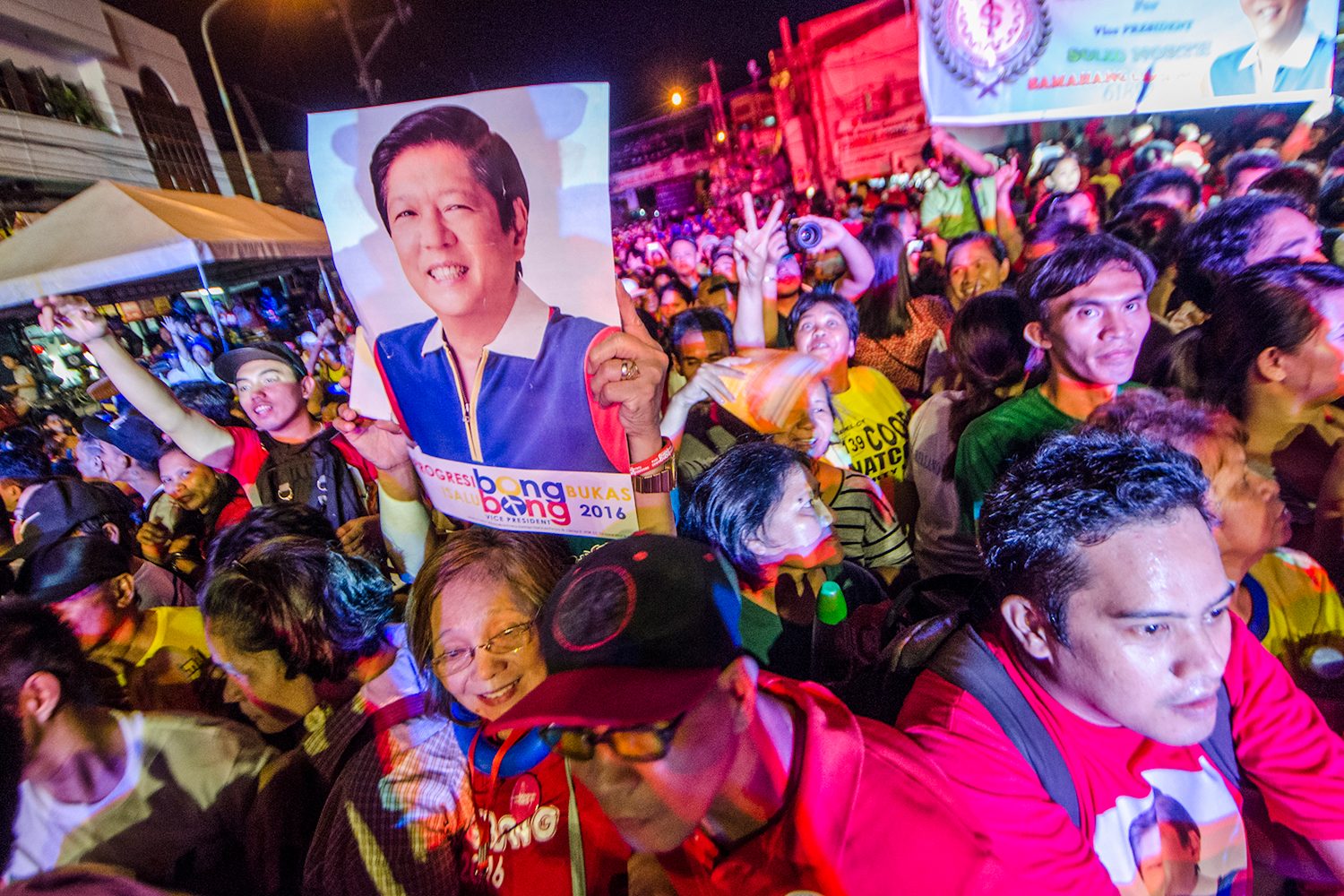 Mr Marcos primarily questioned how Jesse Robredo’s widow was able to reverse his early lead of 1 million votes after a few hours. Culling from statements that he and his team have made, this is their narrative:

Robredo’s team argued that Marcos got an early lead because precincts in his bailiwicks – areas belonging to the so-called “Solid North”– were able to transmit first. Robredo’s bailiwicks – Bicol, the Visayas, and parts of Mindanao – came in much later.

Comelec meanwhile admitted the a script was corrected – from “?” to “N” – in the name of one of the candidates, but insisted that this did not affect the integrity of the results.

Given the highly charged electoral atmosphere, it was utterly foolish to correct the script without notice to political parties and interested groups (it turned out this was reportedly done by the representatives of Smartmatic and Comelec). However, anyone familiar with how the automated election system works would immediately find Marcos’ fraud theory more foolish.

If you want to win by altering election results, why tamper with the Transparency Server which only reflects what is fed to it by the precinct-based machines for quick count purposes? Why not tamper with the servers of the City or Municipal Board of Canvassers (CBOC/MBOC) and subsequent servers, whose counts are considered official results and will be used in the official canvass by Congress?

Any tampering with Transparency Server can easily be counterchecked using the data in the Comelec Central Server, the Board of Canvassers (CBOC/MBOC) server, and the 30 copies of the printed election returns (ERs) that are publicly distributed in each of the 92,509 clustered precincts nationwide.

As I have previously said, electoral cheating is not as simple as manipulating numbers, even if you can, as that is only half of the job. The other half and the more difficult part is making sure that it can withstand the scrutiny of your opponents, the general public, and the courts in an election protest that maybe filed later.

While it is tempting to further hammer on the serious flaws of Marcos’ fraud theory, we should not lose our sight of the issues that matter in an electoral controversy. From the point of view of election protest adjudication, only two questions matter:

1.) Is there manipulation of or tampering with the votes by any of the contending parties?

2.) Did the manipulation or tampering materially affect the result of the election?

Given these parameters set by our election laws on how to properly assail election results, Mr Marcos should focus on the numbers rather than obfuscating the issue with graphs, statistics, unexplained trending, and fluctuations in transmission.

If he truly believes that the reversal of his lead was due to some fraud in the transmission, the simplest way by which he can check that is to compare the election results generated at the precinct level with the results actually received on the other end of the transmission chain. Mr Marcos and anyone who is curious can do these:

1.) Get hold of a copy of a printed ER from any of the clustered precincts which operated on election day, from anywhere in the Philippines. The PPCRV, Namfrel, and the precinct watchers of political parties and candidates – including Marcos’ and Robredo’s camps – should have those copies.

2.) Note the votes cast for the two candidates.

3.) Go to Comelec’s official site: https://www.pilipinaselectionresults2016.com/#/er and look for the transmitted electronic version of the printed ER.

5.) If there is discrepancy in the numbers, that is your proof of fraud.

7.) Repeat this with any of the remaining 92,508 clustered precincts until you are satisfied with what you see.

If Mr Marcos seriously wants to know the truth, the truth is just sitting on his lap. His team surely has copies of the printed precinct ERs, while Comelec has made available all transmitted ERs for public scrutiny. Asking the Comelec to explain any “fraud” owing to a discrepancy in the results, which he has yet to show, is like putting the cart before the horse.

Lastly, all of Marcos’ doubts and objections on any of the results are best addressed not before the media, but before the National Board of Canvassers for president and vice president once it convenes, and later before the Presidential Electoral Tribunal (PET), if he is filing a protest.

Before that, any allegation of fraud is premature. As I post this, 4% of the precincts, representing some 2.5 million votes, remain untransmitted and can still dislodge Robredo from the lead. – Rappler.com